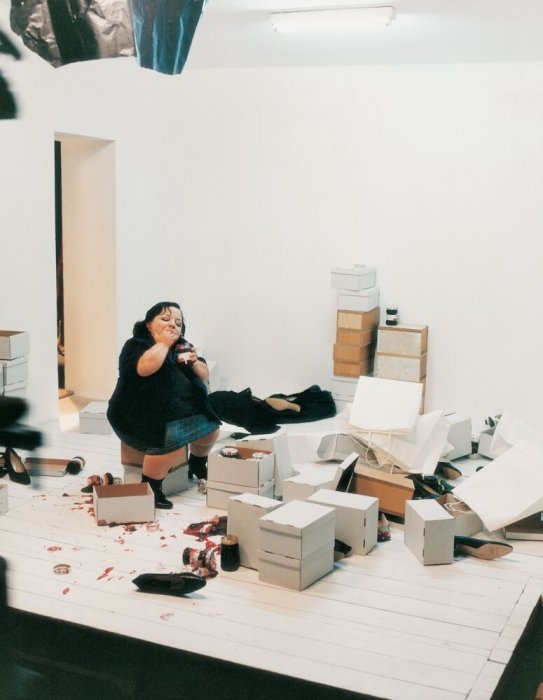 The body of artistic work by Jordi Colomer constitutes a project that draws its conceptual and formal inspiration from the relationship between the human being and her/his surroundings. In this respect the size, the proportion, the scale and the harmony of the human body play a central part in an oeuvre which up until now had been distinguished by its avoidance of any visible human presence – real or reproduced – in the artist's sculptures, installations and photographs. Colomer tends to turn to allegory in order to confront the spectator not so much with images as with places. The discursive mechanism operates with a hermetism which prevents us from knowing "all" of the meaning, which the artist deliberately conceals, making indiscriminate use of architectural, literary, sculptural, theatrical or choreographical references. These are the vestiges and the requisites of certain activities that are unknown to us, and are only pointed to through the deployment of certain habitual, common elements, such as plates, rugs, tables, chairs, or architectural elements such as pedestals, models… Order and disorder or movement and stability are couples that frequently reveal themselves in this body of work.
Simo marks beyond all doubt a major point of inflection in his trajectory. The artist has incorporated for the first time the human figure, by means of the screening of a narrative delivered by Simo, the anti-hero based on the ascetic persona of Simon of the Desert (Luis Buñuel).
[…] The protagonist comes in and goes out, as we ourselves do in the artist's work, accumulating in her intimate space objects of a decidedly fetishist interest: shoes, jars of jam… Sadly, the obsessive accumulation inside her little private architecture does not give her the satisfaction that, solitary, she seems equally unable to find in communication with other people, those others who get on with their lives, uninvolved in the great little drama of Simo.

Other works by Jordi Colomer 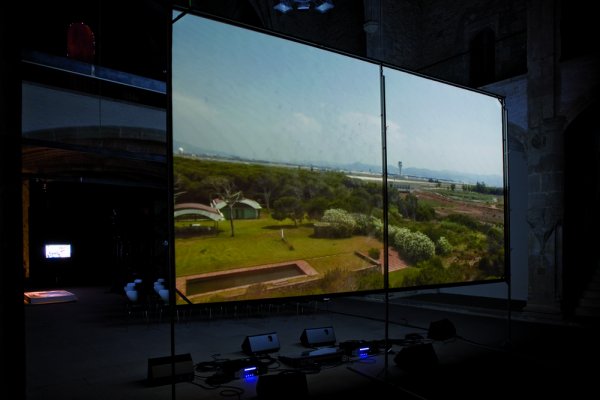 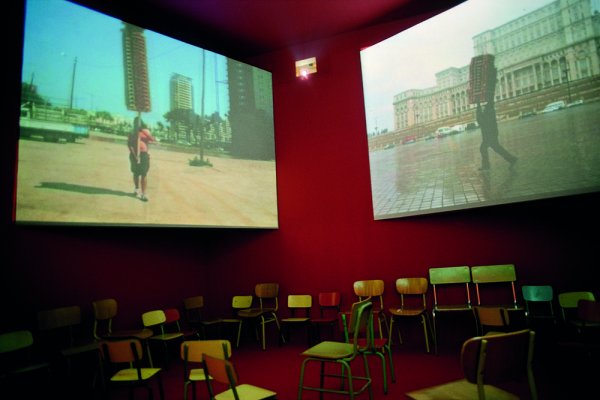 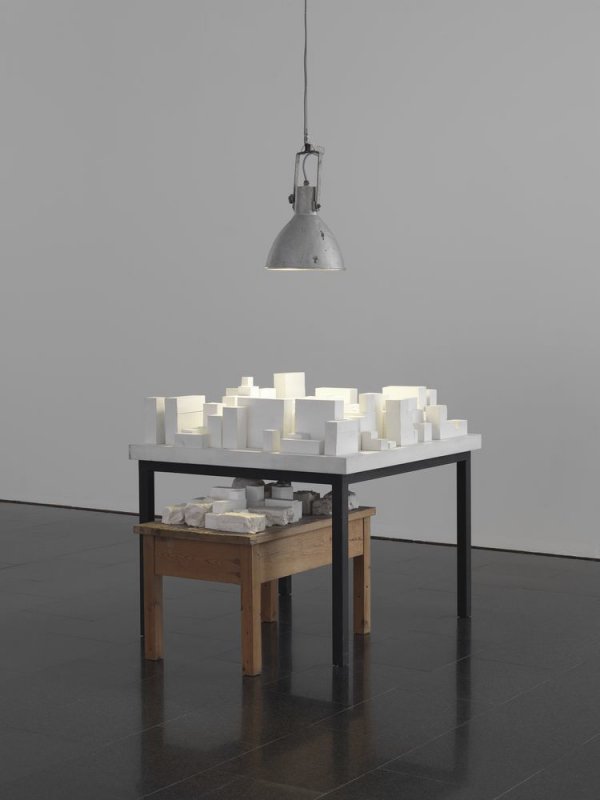 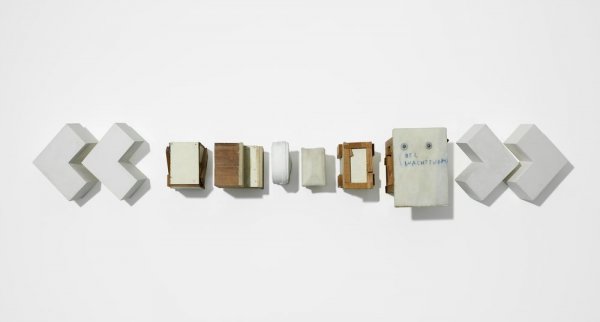 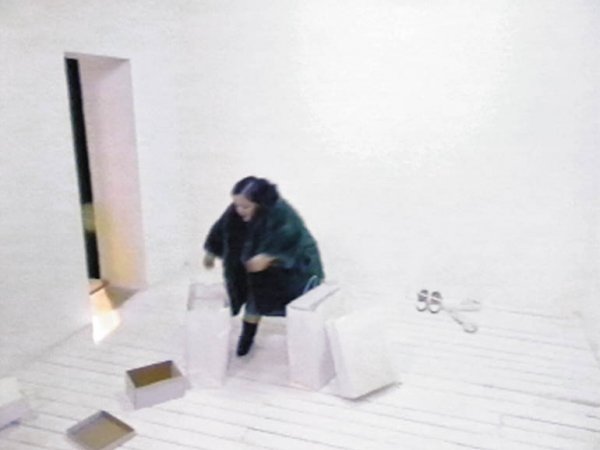 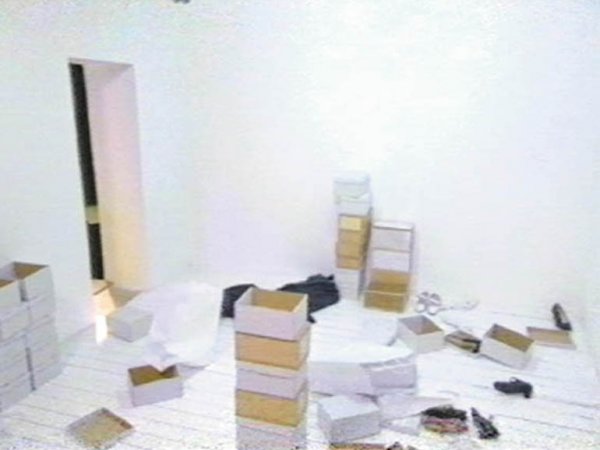 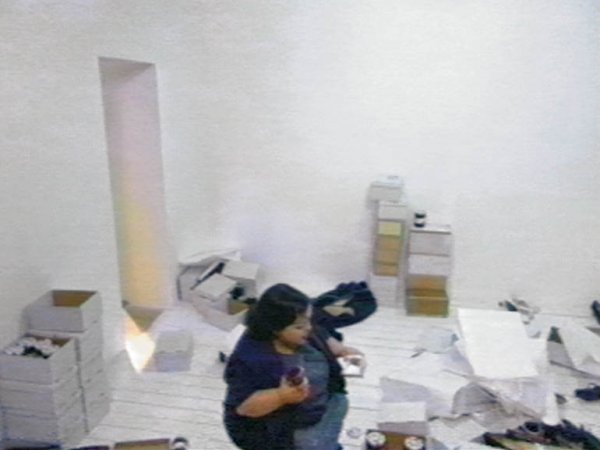 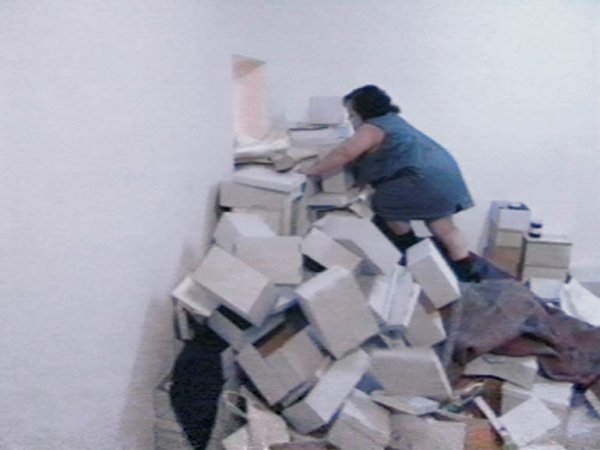 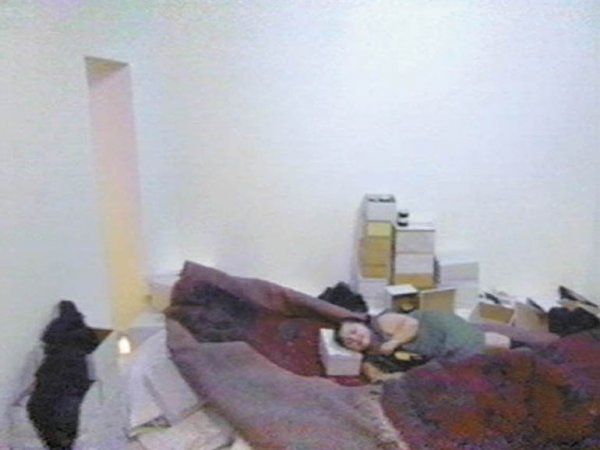 FONS ÀUDIO #27 Jordi Colomer
03.07.2014
I’d really like to think that the artist could be just another kind of material in the picture, working in collaboration with all the other materials.
Robert Rauschenberg