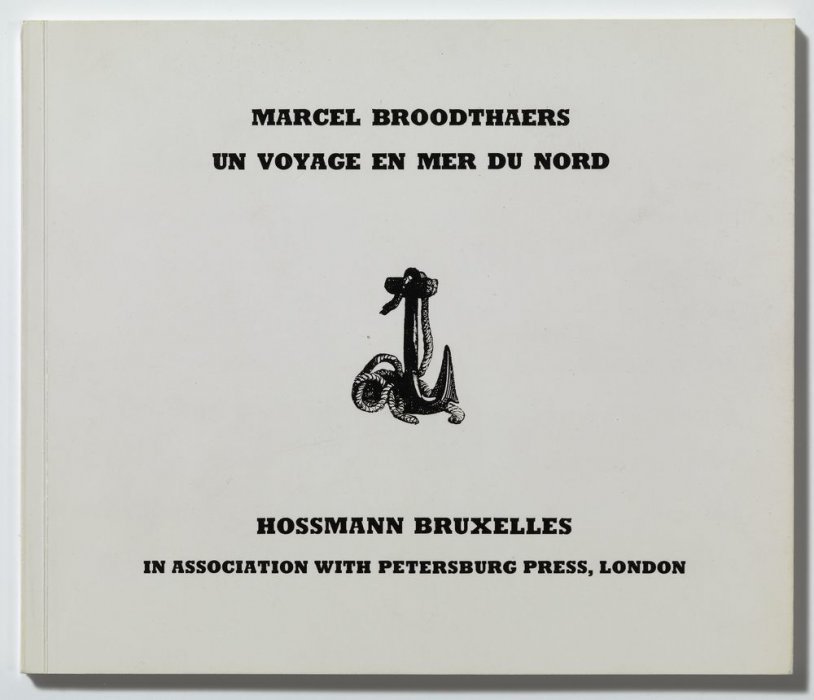 Marcel Broodthaers might have passed into the history of art as a worthy heir to the surrealist ideas of Marcel Duchamp and René Magritte had he not asked himself — among many other things — exactly what art was, and then taken his conclusions to the ultimate consequences. As a result, he became one of the leading figures in 20th century art.

Broodthaers joined the artistic community in 1936 after abandoning his chemistry studies and following a brief excursion into the world of journalism, installation and film (a career that the artist initiated with La Chef de l’Horloge, un Poème Cinématographique in 1957, dedicated to Kurt Schwitters). Powerfully influenced by the aforementioned Magritte as well as by Mallarmé, and a lover of poetry and books, his first exhibition was entitled “I too ask myself if I couldn’t sell something” in which he exhibited unsold copies of his book Recordatorio which he had transformed into sculptures by covering them in plaster. In the following years, Broodthaers devoted his time to creating an acid critique on art and the social function of the museum.

One of his most famous works is Musèe d’Art Moderne, Départment des Aigles, from 1968, composed of file cards, boxes and postcards, which he employed once again to question the institutional function of art. He created the piece at home and it became the first physical manifestation of his travelling museum, representing in fact an allusion to the fictional reality of the museum. Years later he would complete this project for Kassel’s Documenta 5 with the museum’s final section, which he would call Musèe d’Art Ancien, Départment des Aigles, Galerie du XXe Siècle. By now his fame was international.

Recurring elements in his work are references to official culture, paradoxical objects made from multi-coloured materials taken from nature (such as mussels, eggshells and coal), and images and words that seek to include the spectator as an accomplice in his reflections. Similarly, the exhibition as a means of artistic expression in itself and an acid criticism on the role of the artist and the status of art and the museum in contemporary society are just a few of the themes often repeated in his work.

His first print is both tautology and contradiction, referring even more directly to the artist — gallery nexus. La La Faute d'ortographe takes as its starting point the gallery's announcement of its own publication, in which his name had been wrongly spelt. The fact that until he became very well known (and even after), people continually misspelt his name in a variety of ways was a source of great amusement to him. It added piquancy to his tautologies and offered a vehicle for his constant themes of teaching and correcting, designation and (apparent) misdesignation. Here he crosses out the names of all the other artists whose names are correctly spelt, gives his own name with the proper autography, adds his first name altering the last letter, ‘t', find it too large, crosses it out and does it again smaller. The corrections, whether of the original proof or of his own corrections do not serve their conventional purpose, which is to vanish after use (being metalanguage) but become the print itself. 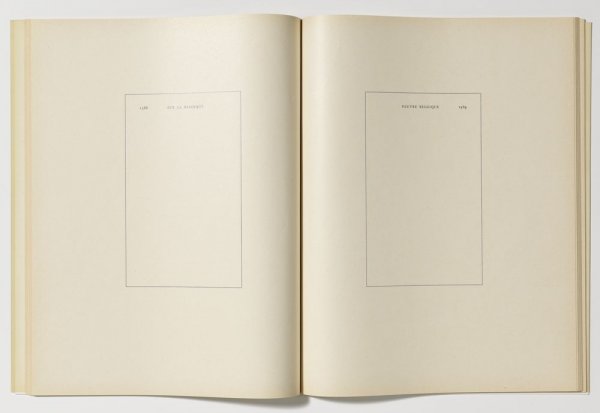