Alberto Solsona (Barcelona, 1947 – Madrid, 1988) studied at the Escola Massana in Barcelona, moving to Madrid in 1970, where he lived until his death. From the late sixties to the late eighties, his paintings developed from a Pop art verging on psychedelic critique to a sensual abstraction with serene arabesque motifs. Solsona used the language of mass culture and the world of comics to denounce cultural repression during the final years of the Franco regime. Thus, serial icons and invented characters were put in surreal situations in a very playful manner. Between 1972 and 1977, he signed many of his works together with his partner, the figurative painter Fernando Almela (Valencia, 1943 – Madrid, 2009).

With extensive cultural references and a strong passion for music, Solsona was also a writer, above all of poetry, in Catalan, and autobiographical works. He developed a career as an illustrator for the publishing house Bruguera, among other Spanish, English and German publishers. He illustrated popular series such as La Familia Telerín (The Telerín Family), classic children’s stories and literary works such as Poemas de Walt Whitman (La Mota, 1978). After the death of Solsona, in 1991 Fernando Almela created the Fundación Alberto Solsona: in 2009, following the death of Almela, this was renamed the Fundación Almela-Solsona.

Solsona exhibited at the Galería SEN, Madrid (1974 and 1975) and regularly in Galería EGAM, Madrid (1978, 1980, 1982, 1984, 1986, 1988 and 1991), and in the galleries of Carmen Durango, Valladolid (1976); Tassili, Oviedo (1977); Nicanor Pinole, Gijón (1984); Fúcares, Almagro (1984); and G.11, Alicante (1985). His work was included in group exhibitions at the Museo Español de Arte Contemporáneo in Madrid (1982) and the Museo de Arte Contemporáneo in Seville (1986), and in travelling exhibitions in several South American countries. He participated in international competitions such as the II International Cairo Biennial, Egypt (1986), where he received the Gold Medal, and the Festival of Contemporary Art in Mexico City (1988). Solsona’s work is included in: Colección Fundación Juan March, Madrid; Museu d’Art Contemporani de Barcelona (MACBA); Museo Nacional Centro de Arte Reina Sofía (MNCARS), Madrid; Museo de Arte Abstracto Español, Cuenca; and the Museo Provincial in León; among others. In 2013, MACBA in Barcelona, MNCARS in Madrid and the Fundación Almela-Solsona published a monographic catalogue on his work. 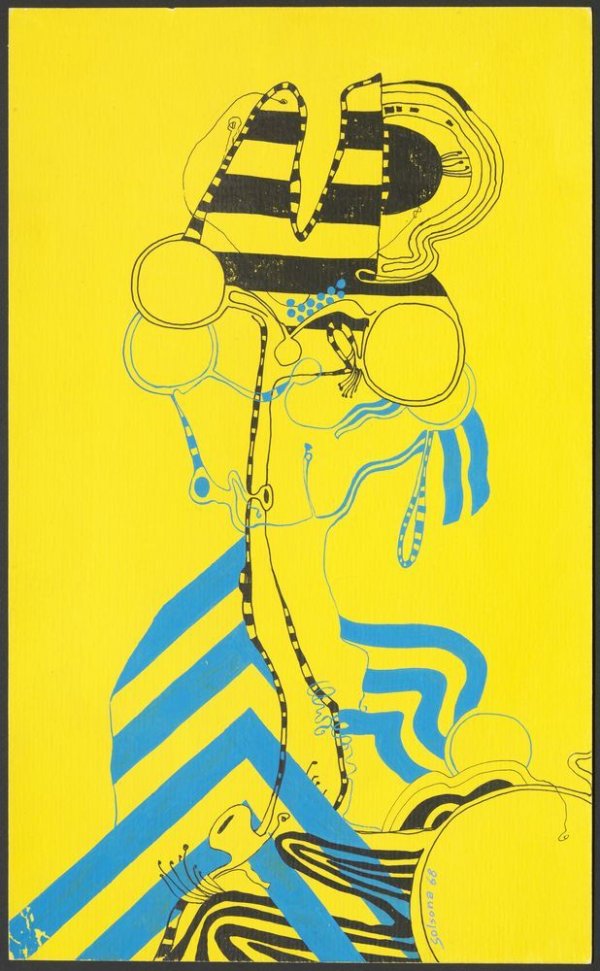 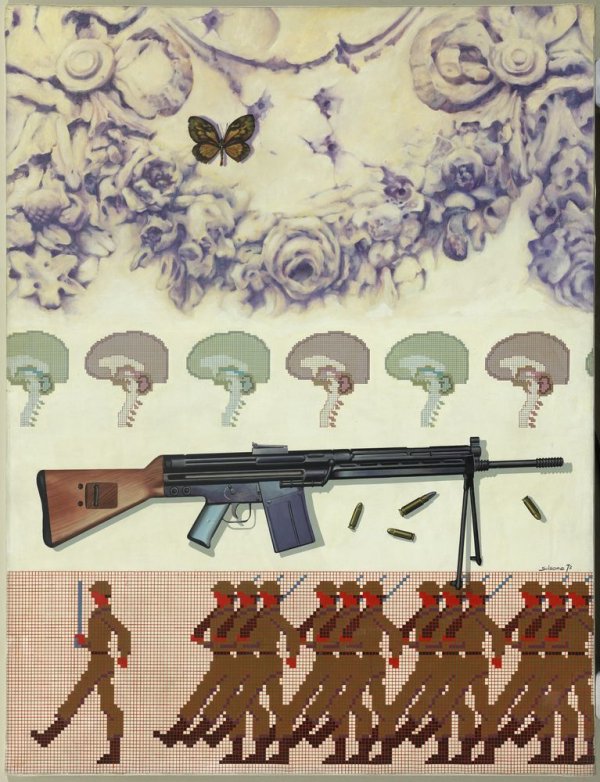 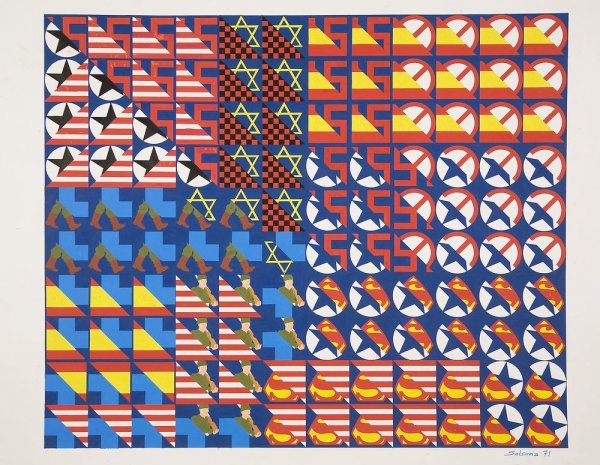 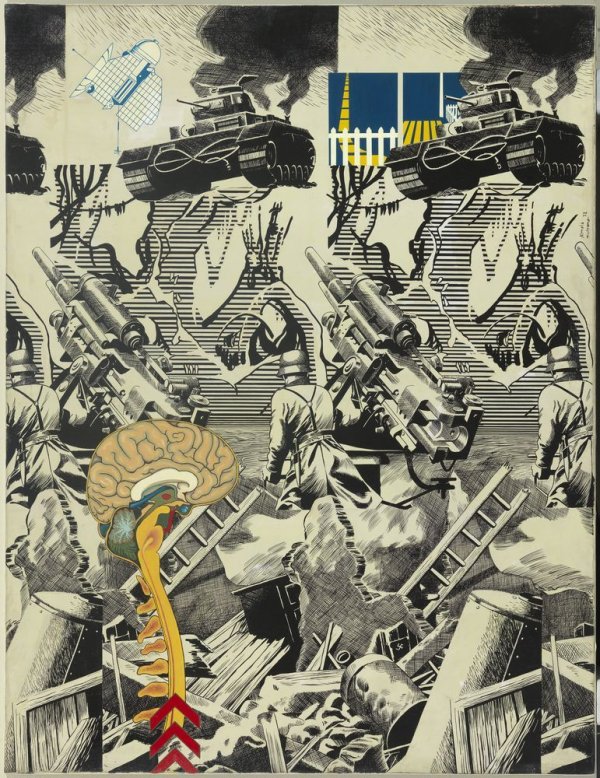 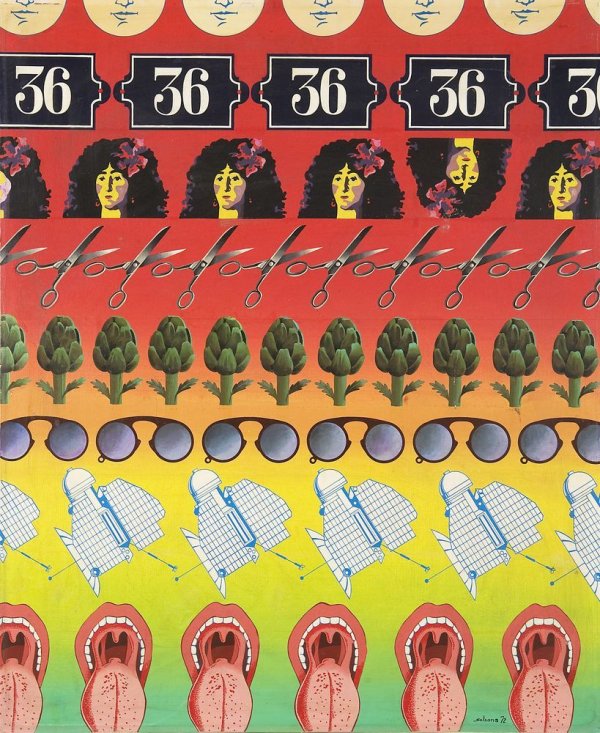 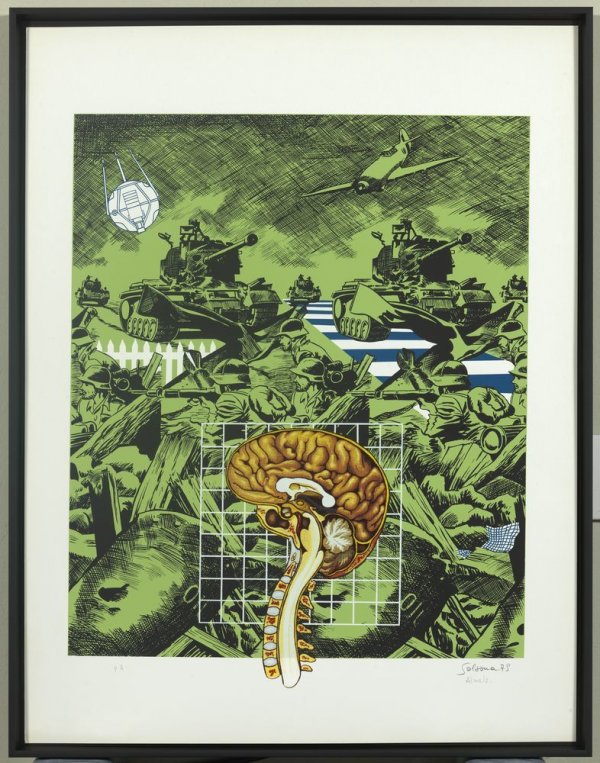 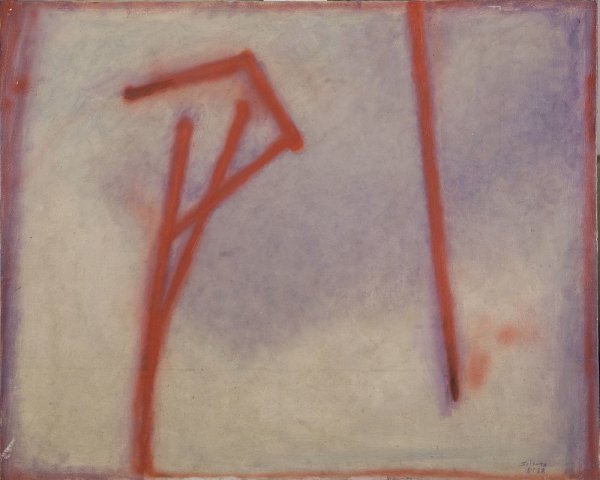 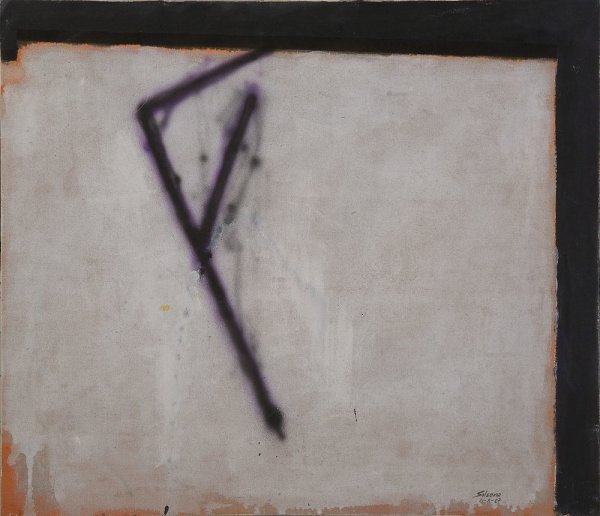 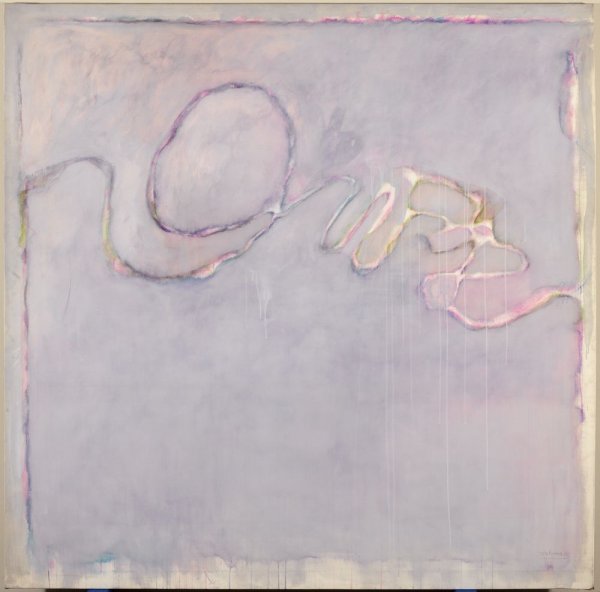 A Short Century: MACBA Collection
Visit the Collection
I believe an artwork should leave the viewer perplexed, make him reflect on the meaning of life
Antoni Tàpies