Since its foundation in 2006, the Independent Studies Programme (PEI) run by MACBA has acted as a tool for learning and institutional critique, offering a platform that encourages the production of critical and collective thought, based on the interrelation between artistic practices, social sciences and political intervention.

As an independent initiative acting from within the museum, the PEI is positioned as an interdependent programme committed to the temporal and sociopolitical realities and contexts that surround it. Over 16 years, more than 250 students from 30 different countries have participated, building bridges and weaving networks between communities of artists, local initiatives and international activists which traverse and surpass MACBA as a physical and institutional space.

In this sense, the PEI understands artistic research and political activism as related methodologies in which different forms of knowledge and systems of representation and social codification converge, such as the antiracist struggle, queer and feminist studies, discourse critique, anticolonial, decolonial and postcolonial theory, the history of social movements, the demand for social justice and the right to the city. More than a history of art, the PEI offers a history of institutions, understood as a history of the human, the social and the political that we collectively institute.

In its new edition for 2023–2024, Where Are the Oases?, the PEI is structured as a knowledge platform that, from a critical notion of relevance and utility, puts forwards open-access policies and production strategies committed to collective creation, community ecologies, institutional critique and decolonisation of the structures that organise and normativise our bodies, emotions and thoughts.

Where Are the Oases? is directed by Kader Attia, Elvira Dyangani Ose and Max Jorge Hinderer Cruz and will feature:* 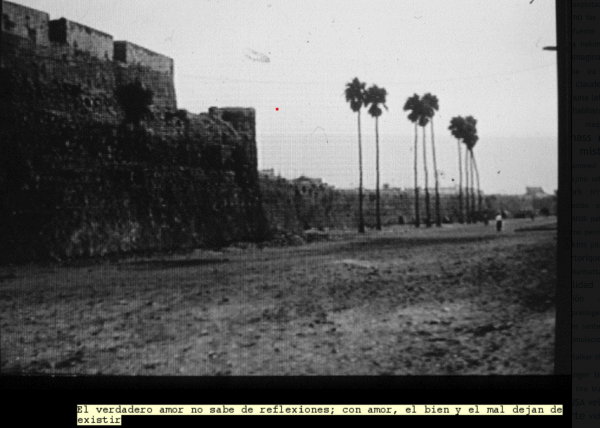 Where Are the Oases?

Asking the question Where Are the Oases? means recognising that we are experiencing a process of climate, social and political desertification. We live in an environment that incessantly develops characteristics adverse to life. Neoliberal capitalism and its logic of accumulation through the maximum possible exploitation of natural and human resources is a system that manages death in order to monetise life. The collapse of the environment, the profound public health crisis, the culture of hate and the permanent state of war that define the geopolitics of the present threaten what remains of the promise of a free world and a good life.

Where Are the Oases? means looking for spaces and processes that can resist this process of desertification and drainage of life. It means asking ourselves a series of questions: Where and how do we want to resist? What are the spaces we want to identify as ours? What are the times of the commons? How can we live together as if the society we want already existed?

The ninth edition of the PEI, Where Are the Oases?, is based on an exercise of appreciation and critical review of previous editions and formats, and uses this reflection to articulate a conceptual proposal that gives continuity and updates it.

By recovering the great archive of the PEI—projects and people in the city and around the world who have been or have shared in the PEI and form the network of alliances and affections that make up its history—we can be not only transdisciplinary, but also antidisciplinary. We understand the PEI as a formula that allows us to generate our own disciplines, while intervening in the official space. It offers the opportunity to transform, rethink and rearticulate collectively what is taken for granted. Within this exercise, the PEI itself constitutes a first oasis in which we can dwell for the constitution of a new institutional imaginary.