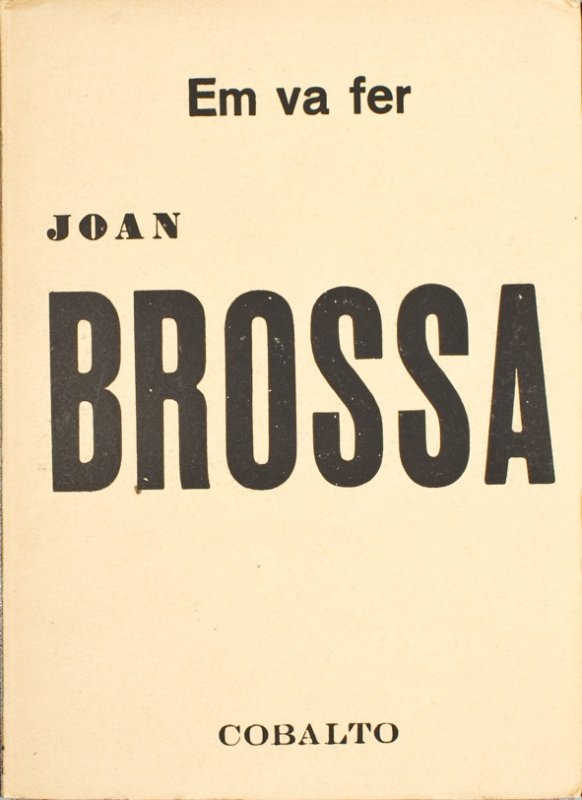 Joan Brossa (Barcelona, 19 January 1919 – 30 December 1998) is the twentieth century’s most important Catalan avant-garde poet. He began writing sporadically when he was mobilised during the Spanish Civil War, and on his return to Barcelona in 1941 he became part of a circle that included cultural figures such as J.V. Foix, Joan Miró and Joan Prats. Following their advice, he began writing sonnets, prose, odes and theatre in a neorealist style. In 1941 he produced his first visual poems (which he described as “experimental” at the time), in 1947 he had co-founded the magazine Dau al Set with Modest Cuixart, Joan Ponç, Arnau Puig, Antoni Tàpies and Joan-Josep Tharrats, and by 1951 three of his experimental poems had been included in a group show at the Sala Caralt.

From 1950 onwards, as a result of coming into contact with the Brazilian poet João Cabral de Melo, Brossa’s poetry veered radically towards social commitment. He also expressed his newfound political interest through the more traditional structures of odes, sonnets and plays. This political aspect of Brossa’s work continued to coexist with an interest in a more conceptual approach, which he developed particularly from the sixties onwards, and which led him to experiment intensively with visual poetry and object poems (Poemes civils, 1960; El saltamartí, 1963, etc.), genres that he would continue to practice for the rest of his life.

In 1960, Miró invited Brossa to take part in the exhibition Poètes, peintres, sculpteurs at the Maeght Gallery in Paris. Brossa’s first collaborations with artists also began at around this time, starting with Joan Miró and Antoni Tàpies and gradually broadening out to include art world figures from different generations like Frederic Amat, Alfons Borrell, Eduardo Chillida, José Niebla, Perejaume, etc. All of these collaborations resulted in exceptional works, such as Novel·la (1965, with Tàpies) and Tres Joans (1978, with Miró),

Following the publication of Poesia rasa (1970) (a selection of books written from 1943 onwards, which he followed up with Poemes de seny i cabell in 1977, and Rua de llibres in 1980), and the six-volume Poesia escènica (‘stage poetry’ from 1973 to 1983), Brossa established himself as a key figure in contemporary Catalan literature while also gaining international recognition as an artist.

Brossa had started to write action-shows as far back as the forties, and went on to try his hand at all kinds of paratheatrical genres such as ‘transformation monologues’, ballets and concerts, while simultaneously continuing to work on text-based theatre, opera librettos and film scripts. He also won international acclaim for his collaborations with the musicians Josep M. Mestres Quadreny and Carles Santos, with premieres such as Suite bufa, (with Quadreny, Bordeaux, 1966) and Concierto irregular (with Santos, Saint Paul de Vence, 1968).

Throughout his life, Brossa accumulated huge amounts of material of all kinds. Famous photos of his first studio in Carrer Balmes in Barcelona show the stacks of paper he stored on the floors of all the rooms, which grew so large that in 1987 he was forced to rent a second studio where he continued to collect all types of documents until his death.

In order to safeguard this legacy, the Joan Brossa Foundation was set up a year after the poet’s death, to take on the task of cataloguing and preserving the material. Brossa’s personal archive is estimated to consist of approximately 52,000 documents made up of a large and complex variety of materials. It includes the original manuscripts of his artistic and literary works (drafts and final versions), the material generated in the editing process (lists, summaries, texts, page and galley proofs, etc.), facsimiles, translations of literary works, correspondence, a range of pamphlets, invitations, posters, articles and press clippings, documents of his political and social activities (support for manifestos, campaigns, associations, etc.), and an assortment of photographs. The archive also includes administrative paperwork (invoices, receipts, accounts) accumulated by Joan Brossa in the course of his creative practice.

Meanwhile, Brossa’s personal library consists of some six thousand books and a similar number of magazines, a repository rich in literary works, exhibition catalogues and essays on theatre, magic, film and other forms of artistic expression that the poet took an interest in during his lifetime. It also includes publications of Brossa’s own writings, as well as studies of his work by other authors. The library was catalogued by the Universitat de Barcelona thanks to the support of Fundació Vila Casas, which also made the material available for public consultation in its Espai Volart before it was transferred to MACBA.

Joan Brossa’s library, as well as his personal archive and art collection (which included his own works, but also works by other artists such as Miró and Tàpies) were deposited with the MACBA Study Centre in January 2012 in the framework of a 25 year loan agreement between the Brossa Foundation, Barcelona City Council (which inherited the contents of one of the poet’s studios after his death) and MACBA.

Description of the Joan Brossa fonds 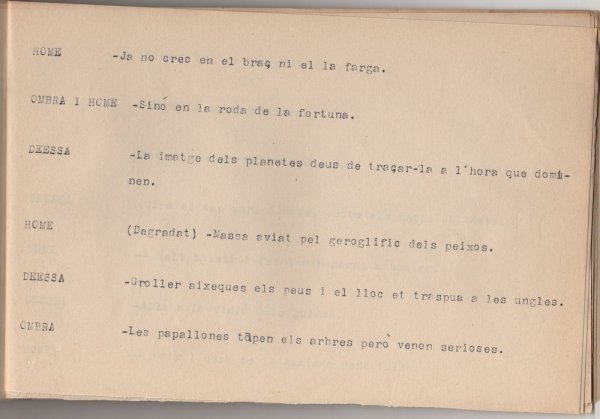 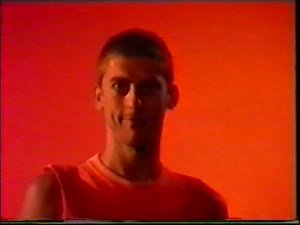 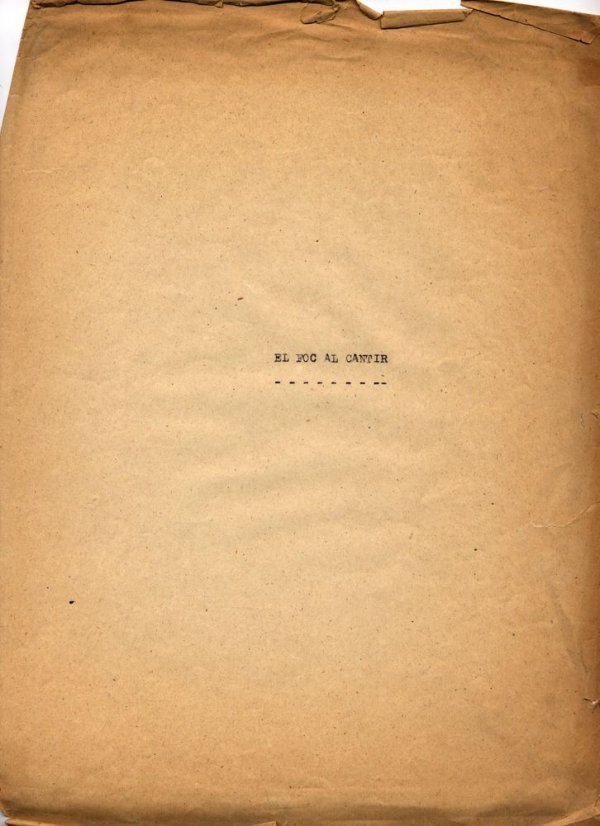