As part of the exhibition Critical Episodes (1957-2011). MACBA Collection, Level 0 of the Museum presents two new episodes of the MACBA Collection. In a second section, the episode Voyeurism, Fetishism and Narcissism revisits the effects of the media universe on the construction of a new visuality in the seventies. Authors such as Laura Mulvey identified the narrative conventions of cinema and, together with others, linked them to a mechanism that produced genre codes. From this perspective, the roles of men and women were constructed on the screen, and it was then that the so-called critique of representation emerged. The theory was conceived as a possible substitute for the artist’s individual expression, and favoured a more analytical function in the practice of art.


The conventions of cinema and the screen have accustomed us to look at things from the point of view of the voyeur. How do we look? How does an image affect us? Since the seventies, artists such as Judith Barry, Dara Birnbaum, Dan Graham and Jeff Wall have enacted the seductions and contradictions of the visual paradigm that began in the sixties. Voyeurism, Fetishism and Narcissism delves into this new way of looking.

In the last decades, our visual and perceptive way of confronting facts has changed radically. The conventions of cinema, TV screen and video have encouraged us to become observers and voyeurs. Back in the seventies, Dan Graham pioneered a way of relating the use of video to perception. Through the use of glass, mirrors, projections and closed-circuit television, Graham incorporates the gaze of the viewer into the work. In Performer/Audience/Mirror, 1975, the audience attending a talk given by the artist become part of the spectacle thanks to a mirror situated on a wall at the end of the room.

The irruption of the gaze is a subject of interest for Dara Birnbaum. Attack Piece, 1975, consists of the recording of a performance in which the artist, armed with a camera, is attacked by various actors, including Dan Graham, who are trying to invade her own physical space. Also included is documentary material by Dan Graham and an interview with the art critic Chris Dercon recorded in Leuven in 1984. Graham talks about his work Rock my Religion, 1982–84, a video where he explores the role of rock music as a fundamental element of culture.

The passive and acritical attitude of those who see the world as a spectacle is also portrayed by Jeff Wall. In one of his photographic tableaux or cinematic photographs, Wall reconstructs a street fight. The violence is not centred on the physical aggression of two youngsters on a pavement, but on the neutral gaze of the observer and the silence of the obliterated graffiti on the wall. While Wall portrays violence through the passivity of the onlooker, David Lamelas investigates the naturalistic fallacy of perceptive conventions. In experimental works such as Film Script (Manipulation of Meaning), 1972, Lamelas presents a 16 mm film and three slide projections that combine the same images in different sequences. It is here that the manipulating potential of the various forms of image construction resides.

The dimension of a gaze constructed by a universe of screens is reflected in Judith Barry’s installation Echo, 1986, located in the new kind of global city that sprang up in the eighties. The title of the work refers to the nymph Echo, rejected by Narcissus who was in love with himself. While Echo was wasting away in a cave until only her voice remained, Narcissus, enamoured of his own image reflected in a pool, fell in the water and drowned. In Barry’s installation, Narcissus is the successful executive trapped in his own reflection. The voice of the nymph echoes in the distance through a choir of female voices singing opera. In this city of imposing glass buildings and gigantic corporations, individuals are trapped in a mirage of happiness.

The last space takes us even further into the investigation of contemporary subjects and cities. Lara Almarcegui’s photographs document the residual zones on which today’s new cities are built, those same cities documented by Barry. We could say that they are the reverse. 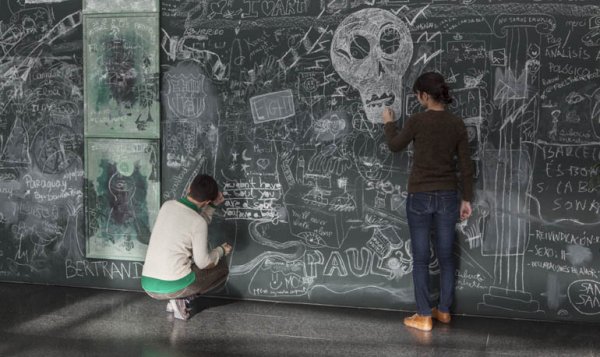 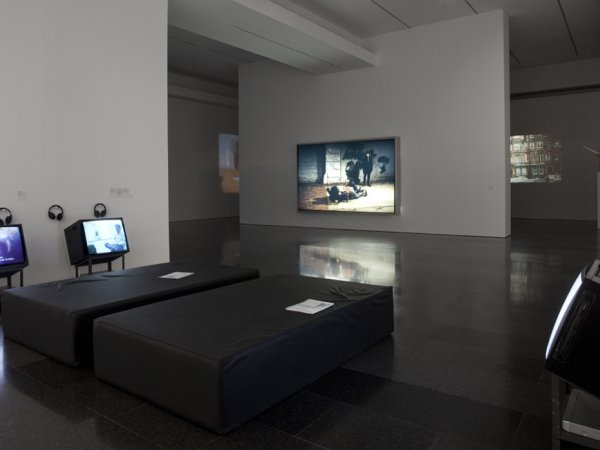 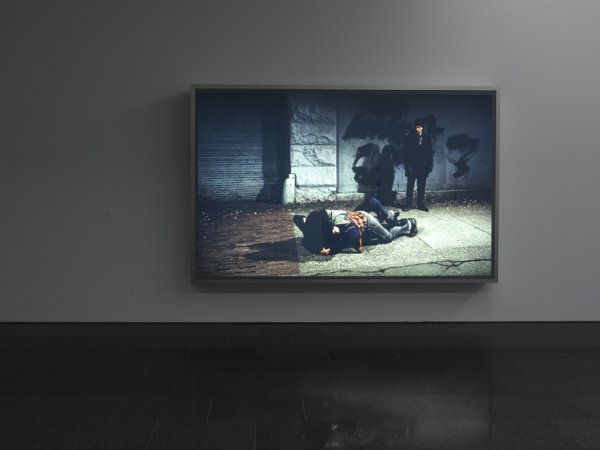 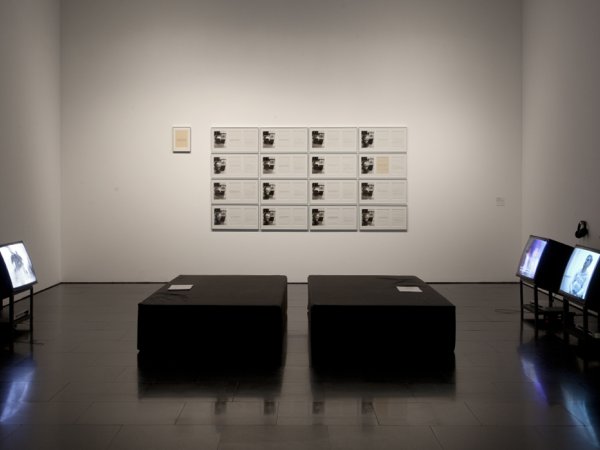 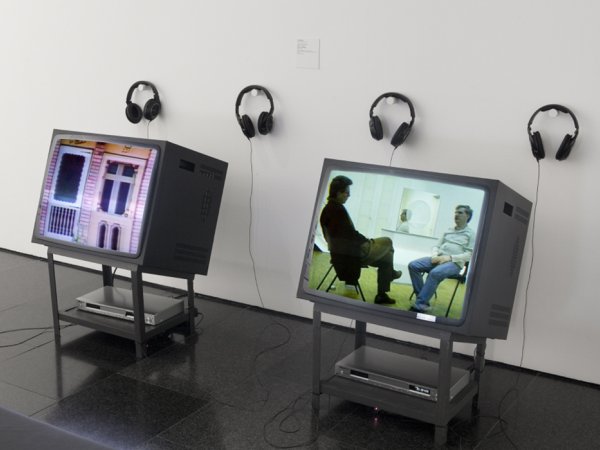 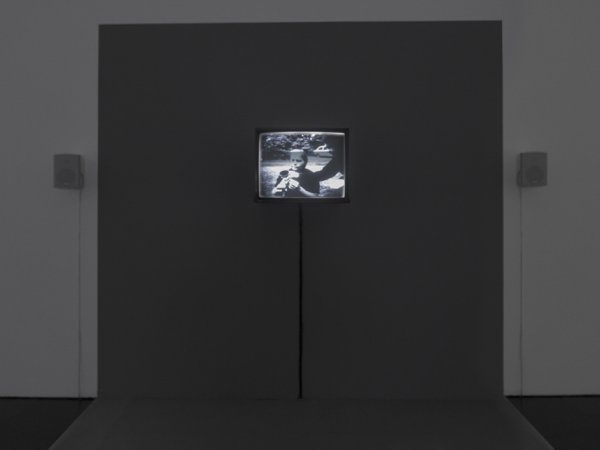 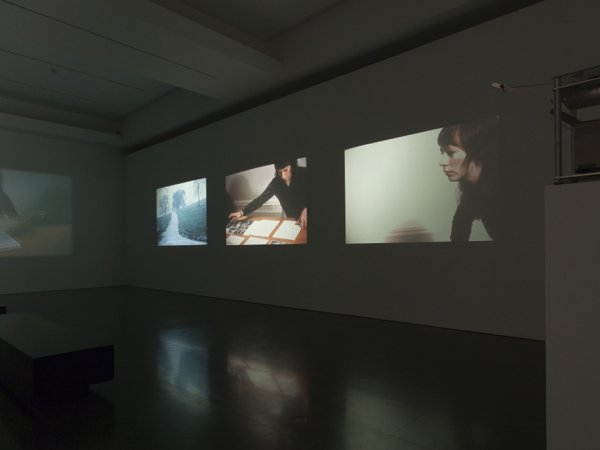 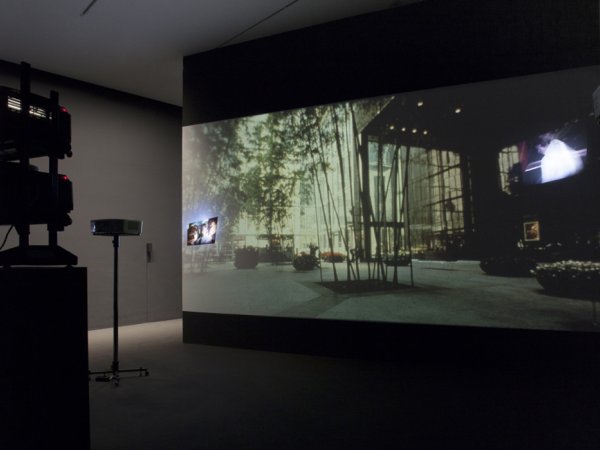 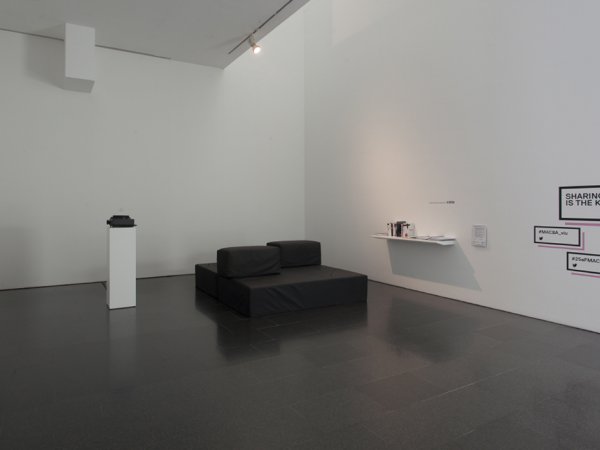 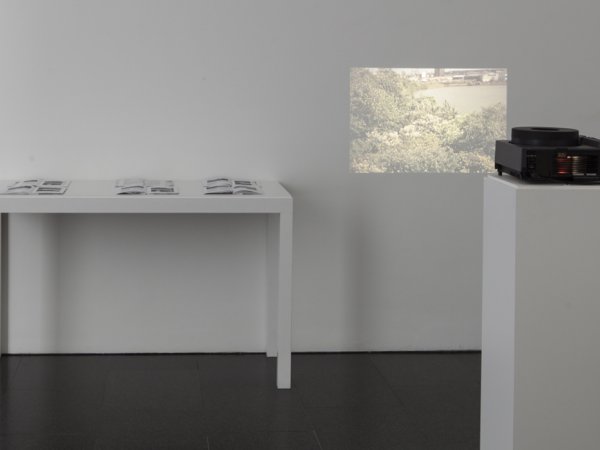 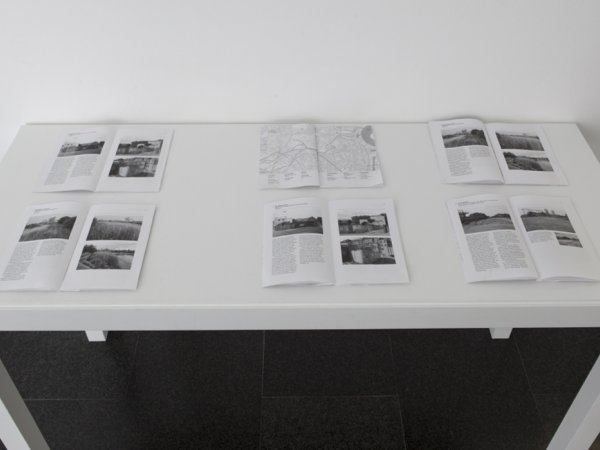 EN CRISI #1 Reflections at a critical juncture: Perejaume, Ignasi Aballí and Eduard Escoffet
12.03.2013
By presenting a story of a victim of violence in Colombia, I am calling on the memory of pain which all human beings have, here or anywhere else in the world.
Doris Salcedo