The exhibition on the work of Vito Acconci (New York, 1940) held at MACBA in 2005 explored the extremely personal career of the artist, from his earliest days as a poet in the latest seventies up until his most recent interventions in public space.

Although Acconci initially conceived the blank page as a discursive space on which to set down his radical poetic interventions, he soon began to find this format stifling and he set out to explore the city. In Following Piece (1969) he would go out on the streets each day and follow one person chosen at random, until they disappeared into a private space. This was the first in a long series of performances that featured the artist himself and were documented in the form of photographs, films and sound works. Many of his actions developed into installations that took place in galleries, which became the stage for his increasingly distinctive reflections on the boundaries between artist and audience, object and event, and public and private spheres.

Although he never totally abandoned his links to writing, in the late seventies Acconci began to devise extendable, mobile structures and used them to once again occupy the street and disrupt the conventions of public space. Since 1988, the Vito Acconci Studio has undertaken numerous architectural projects that help to redefine the uses and functions of the urban environment.

This exhibition looks at the singular career of Vito Acconci from the mid sixties to the early eighties and includes poetry, performance, photography, film and video, a selection of installations, models and architectural projects.
Vito Acconci (New York, 1940) began his artistic career as a poet in the mid sixties under the name Vito Hannibal Acconci. In his creations he treated the blank paper as a space where he could act, using words as elements for movement and the page as a container. Later his poetic actions moved from paper to the gallery, and evolved into performances in which he reflected on his own physical and psychological being. In both the performances and the installations of the seventies, his figure was always present, physically or through films or recordings of his voice, whose sound provided the visitor with a heightened sensual experience. Acconci was proposing a new definition of the material object and a space for common experiences between spectator and artist by erasing the traditional boundaries between an artist and his public, an object and an event in time, a work of art and its existence in a spatial and/or social context.
In the early eighties, his interest in space led him to create the Acconci Studio, a work cell that brought together architects and artists, whose investigations evolved on an architectural scale and proposed interventions of an environmental and architectural nature. The power of the ideas of Acconci Studio, in which the artist maintained his commitment to language, the body and its relation with space, consisted of drastically rethinking the definitions of public space.
On the occasion of this exhibition, MACBA has prepared a database which will contain over thirteen hours of sound work which Acconci did during the seventies, including a large amount of unreleased material. 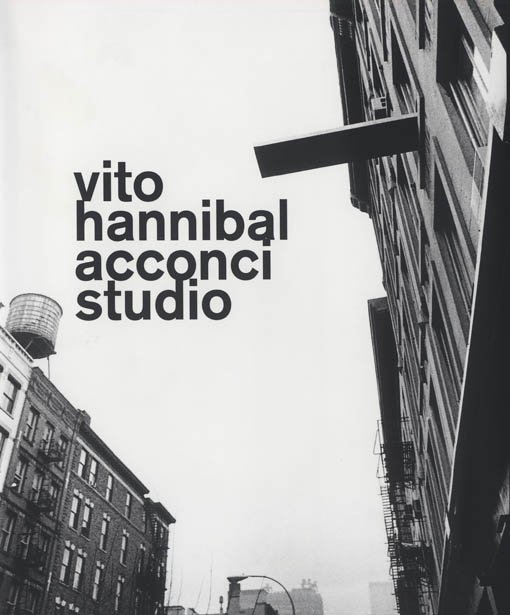 Exhibitions
Vito Hannibal Acconci Studio
Vito Annibal Acconci, Liza Béar, Jean-Charles Massera, Sylvie Mokhtari, Thurston Moore...
Gold does not take on any dirt. And gold, just are diamonds, is an exalted material. It possesses such a degree of abstraction that it encounters you –if you use it artistically– on an already exalted level.
James Lee Byars