To Antoni Muntadas (Barcelona, 1942), culture is translation: translation that activates mechanisms which reveal the ideologies underlying communicative processes, be they aesthetic, political, economic, emotional, technological or linguistic per se.

On Translation is a multimedia, transnational initiative made up of a series of installations, interventions, websites, public projects, objects, videos, conferences, texts and publications. It was originally presented in Helsinki in 1995, and since then it has gradually evolved in the course of its travels to numerous cities around the world.

The MACBA exhibition, Muntadas. On Translation: Museum, brought together the different versions of the project for the first time, outside of their original contexts, in an arduous process of reinterpretation of the work as a whole by the Museum. As such, the exhibition was also an internal debate on the limits, functions and challenges of the museums as institutions and the new audiences that it attracts.

On Translation: Web
A project by Ricardo Iglesias

The metaphor of the knots is a personal vision of the work method involved in the On Translation series. There is no centre or hierarchy in the production; everything is part of a single idea, a single concern, a single string which crosses and intertwines and where each installation, each intervention, each knot takes on a particular, unique form, with its own time, space and context parameters, while still taking part in a subjective dialogue with the author. In the very nature of the knot we can find a number of important aspects to highlight: union, subjection, the formalisation and specification of different elements on the one hand; on the other, tension, generation, the movement produced when that union takes place. 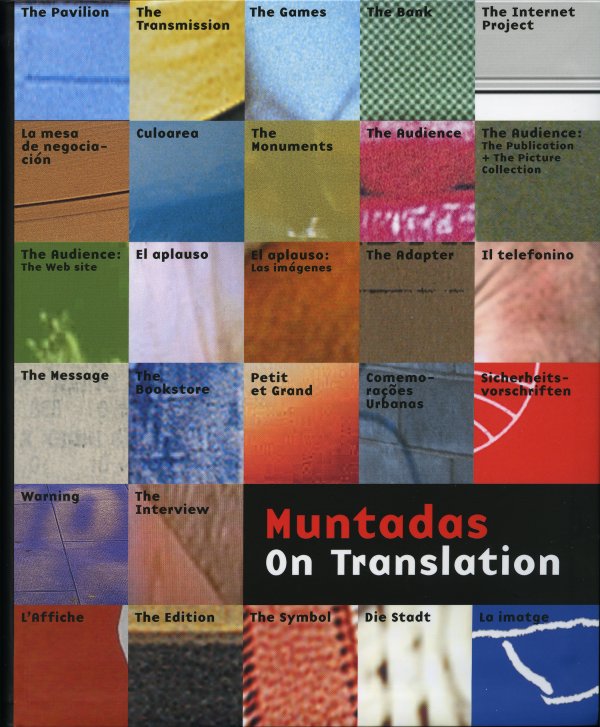