This retrospective show presented the first comprehensive selection of the work of Luis Gordillo (Seville, 1934) in all its facets, including paintings, drawings, photographs and collages produced over the last forty years. The exhibition emphasised the artist’s process-based approach and highlighted the importance of concepts like series and repetition in his work. Gordillo maintains that an image that is constantly reproduced never attains a definitive status.

Luis Gordillo is an unusual artist in the Spanish context. He has traditionally been linked to the Madrid realists of the seventies and the return to painting phenomenon in the eighties, a classification that ignores the influence of post-war European Informalism on his work, as well as the personal re-working of Pop Art that he embarked on in the sixties.

Profoundly interested in psychoanalysis, Gordillo gives his pictorial work a psychotherapeutic dimension that ties into a certain spirit of tragic and existentialist thought. The artist has described his work as “a need to flee, to sublimate, to exorcise anguish, to not feel logical in the world.”

Produced and organized by the MACBA, this retrospective exhibition will offer for the first time a complete vision of all of the different facets of the art of Luis Gordillo (1934), including paintings, drawings, photographs and collages. Curated by J. Borja-Villel and José Lebrero Stals, the show places the emphasis on the importance of the series and repetition for Gordillo, on the one hand, and on his idea that an image subjected to permanent reproduction can never arrive at a definitive state, on the other. The exhibition will bring together some fifty paintings (fifteen of these in very large formats) and more than two hundred and fifty drawings, working notes, collages and photographs.

Luis Gordillo was born in Seville, where he studied Law and Fine Art. He took his first steps in the world of art, specifically in music, in the 50s. In 1958 he went to Paris, where he made the acquaintance of the European avant-garde and took an interest in the work of Wols, Dubuffet and Fautrier, among others. At this time he painted his first informalist pictures, influenced by Surrealism, by so-called expressive automatism and subsequently by gesturalism and serial calligraphy.

Around 1962 his painting evolved in the direction of figuration, under the successive influences of Bacon and Giacometti, American Pop and geometric normativism. In 1969 a personal crisis led him to produce series of automatic drawings, abandoning for a time the practice of painting. These drawings were to exercise a great influence on a whole generation of younger artists, associated with the so-called ‘new figuration' in Madrid. In the 80s, figuration lost ground in his work, which took on greater symbolic complexity and reflected the artist's growing interest in images and terminology drawn from the world of science. In 1981 Gordillo was awarded the Premio Nacional de Artes Plásticas. This exhibition will go on show at the Folkwang Museum in Essen (Germany) during spring/summer 2000.

Exhibition produced by the MACBA 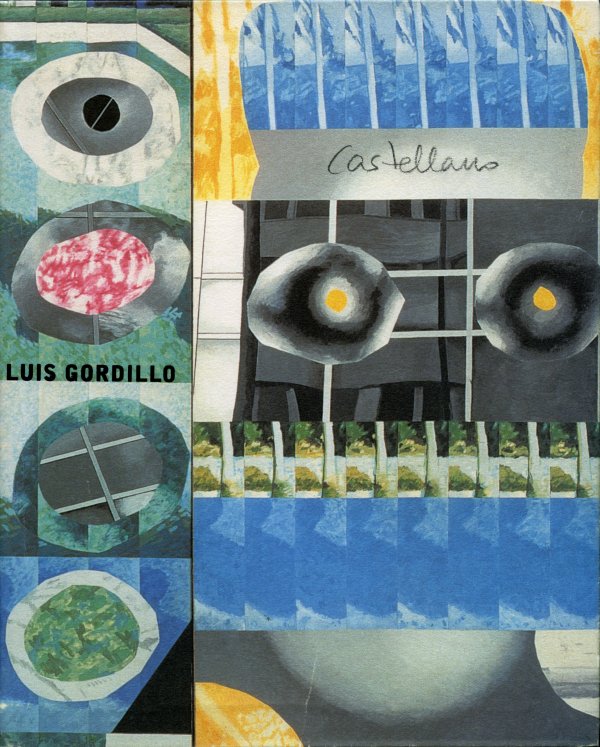