The transition from the twentieth to the twenty-first century has left deep marks in the world’s configuration and, therefore, in the way it can be represented. The consolidation of economic globalisation, the fall of the Berlin Wall, the break-up of the Soviet Union and the emergence of new political entities in Europe led to a redesigning of the borders, capitals, centres and peripheries: new worlds within the old world. The destruction of the Twin Towers in New York on 11 September 2001 effectively marked the end of the twentieth century, known until then as ‘the century of the image’.

It was in this context of the change of an era that Sigalit Landau began her career in the mid-nineties. Her sculptural works deal with symbols, images and narratives that reflect her historical, personal and cultural condition.

Phoenician Sand Dance takes its title from the almost ubiquitous sand and the sea: the topos of the performative rituals that constitute the nucleus of Landau’s video works. This is the artist’s first exhibition to focus on this medium and the way it is used to make sculptures with living bodies and interacting objects. Landau’s video sculptures condense a time in which actions appear to have no beginning or end. They are descriptive, not narrative: they narrate the absence of progress and recovery; they describe the need of the other in play, survival and conflict.

At the start we find Three Men Hula, 1999, in which an attempt at cooperation and mutual help ends up producing an almost grotesque and absurd image. This work can be considered a 'male' precedent of the iconic Barbed Hula, 2000, which encapsulates the fine line separating play from torture.

Between 2005 and 2011, Landau made a series of works centred on a specific scenario: the beach and the action of the waves. Dancing for Maya, 2005, Phoenician Sand Dance, 2005, Mermaids [Erasing the Border of Azkelon], 2011, and Azkelon, 2011, appear as seemingly innocent choreographies of young bodies playing on the sand. The four works are mostly filmed from a bird’s-eye perspective. Dancing for Maya reinterprets a female Sisyphean myth around a game of writing in the sand. Two figures making similar and complementary gestures weave an infinite braid that the waves will slowly wash away. Phoenician Sand Dance is a kind of ‘behind the scenes’ of the previous video, in which the clarity of the action seen from above becomes an enigmatic ritual of caressing-tearing the beach and a proto-fight between bodies and sand that constantly repeats itself. Mermaids [Erasing the Border of Azkelon] develops a similar idea in order to turn a seemingly innocent game into an almost violent image of invasion and tearing. Azkelon is probably the most disturbing piece in this group: three youngsters ‘dance’ the innocent yet threatening knife game, while tracing, violating and erasing borders. Azkelon is a neologism, a contraction of the names Gaza (Azza in Hebrew) and Ashkelon, two towns that share a beach but are separated by a border.

Since 2005 Landau has been making a series of sculptures consisting of objects that have been submerged for a certain period of time in the Dead Sea. Due to the high concentration of salt, in summer, when the water evaporates, layers of sodium crystals are deposited on the objects, which the artist uses in her installations. Salted Lake, 2011, shows an act of nature – the only one not caused by human beings – that is powerfully reminiscent of the modern historical conscience of the Jewish people. Encrusted with salt crystals, a pair of boots is placed on a frozen lake, in the middle of a snowy landscape. On the horizon we see an industrial landscape, practically immobile and silent. The sound of the cracking ice grows louder as the salt from the boots melts the frozen surface, until it finally gives way and the boots sink from sight. The work was filmed outside the city of Gdansk, and on this occasion it is shown together with Worcester, 2014, another work featuring shoes encrusted with salt. Abandoned shoes produce images reminiscent of the Holocaust.
Shown for the first time at the Israeli Pavilion at the 54th Venice Biennale, Yotam, 2014, consists of a closed circuit of pipes resembling the venous or digestive system of the building. The work confers an organic character to an essentially inert element and places us in a living, moving environment through which a vital fluid flows. Of all Landau’s works, this one best represents her interest in biopolitics, a discipline that turns living organisms, fluids and the body into a political battleground between power and the individual. The work reproduces a typical image of a street in Tel Aviv, with its pavements and façades covered in a system of pipes looking like the veins or intestines of the dilapidated Bauhaus buildings.
Salt Bridge Summit, 2011, places us in front of a round conference table upon which twelve laptop screens depict the progress of a young girl innocently tying together the shoelaces of people attending a meeting around the table. When they realise, they remove their shoes and walk away, bare footed, appearing to be almost dispossessed or like prisoners of war. The installation’s soundtrack is an adaptation of the discussions maintained by the artist with the people implicated in the commercial, technical and cultural transactions relating to Landau’s project of building a salt bridge across the Dead Sea, linking the Israeli and Jordanian shores. The work is accompanied by Oh My Friends, There Are No Friends, 2011, a sculpture recreating in bronze the shoes tied up by the little girl.

While the negotiations are re-enacted until abandoned, a female Antichrist appears in Standing on a Watermelon in the Dead Sea, 2005, where the artist finds equilibrium, balancing on a watermelon. Shot from beneath sea level, her movements resemble an archaic bird, her face deformed as Medusa or a David stranded on the head of a Goliath. The sweet fruit and the solo figure standing upon it in the saline solution represent an extreme physicality such as found only in this symbolic, tectonic rift valley. In the Capella MACBA such an image seems to lend the twentieth-century medium of video art a role that was once common in numerous churches and chapels: the spectacular stained window with its divine story telling.

Innocence and brutality, play and domination, threatening nature and protective artifice, Landau’s works place us in an ambivalent position of repulsion and attraction at once. Judeo-Christian culture is fundamentally dichotomist: each element has its opposite and virtue is to be found in the balance between the two extremes. Landau, on the other hand, is an artist of extremes. As Tali Amir says in Collective Digestion and Table Manners, 2007, ‘an artist who traverses the edge of feasibility in her studies of the margins of materiality and society, who ceaselessly follows the organic, rotting, unregistered, and unknown, who has gone all the way to the Dead Sea and descended under water – observes postmodern society and the multi-channelled, multicultural city, and from it generates an apocalyptic vision of demise’.

The beach was the centre of operations for the Phoenician commercial economy, a culture that developed, for the first time in history, the globalisation of its methods of production and transport from east to west and north to south in the Mediterranean, until the Roman war machine wiped the Phoenicians from history. The shadow of Phoenician culture can also be used as a map on which to inscribe a new reading of our position in today’s modern culture, situated on the periphery of Europe but still without really sharing geographical proximities for fear and rejection of an invasion by the other. 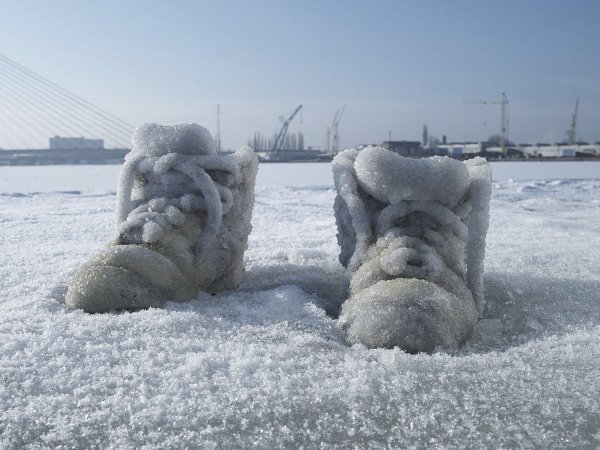 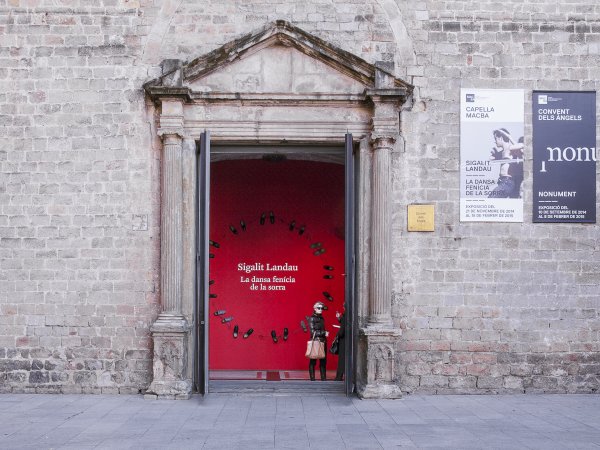 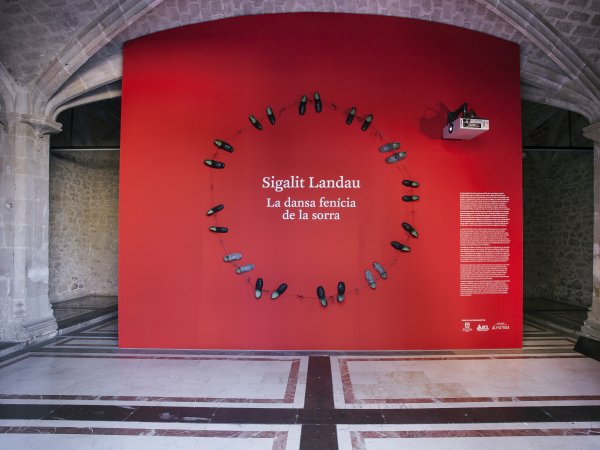 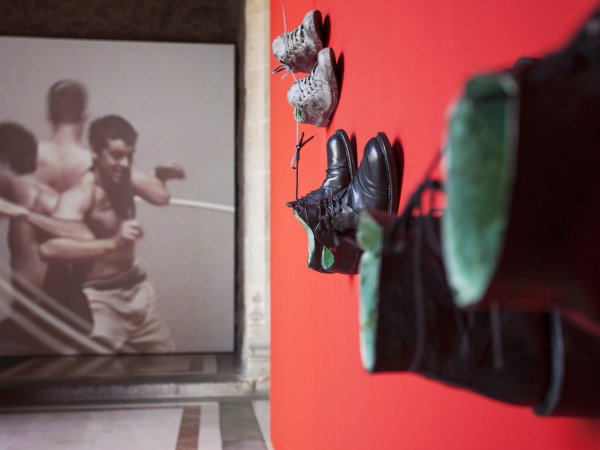 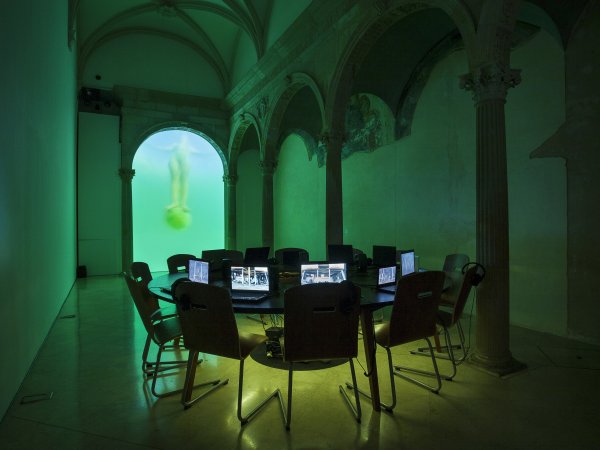 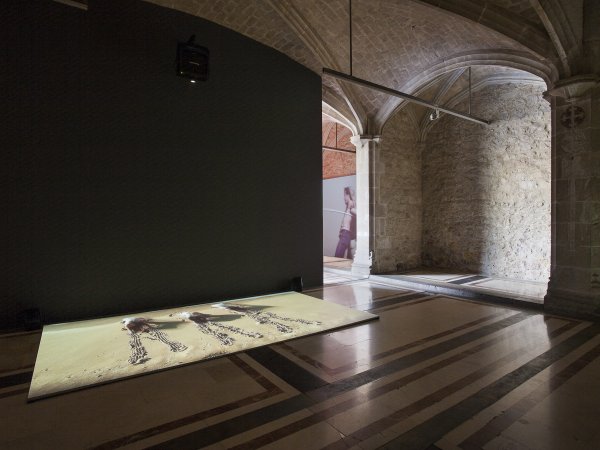 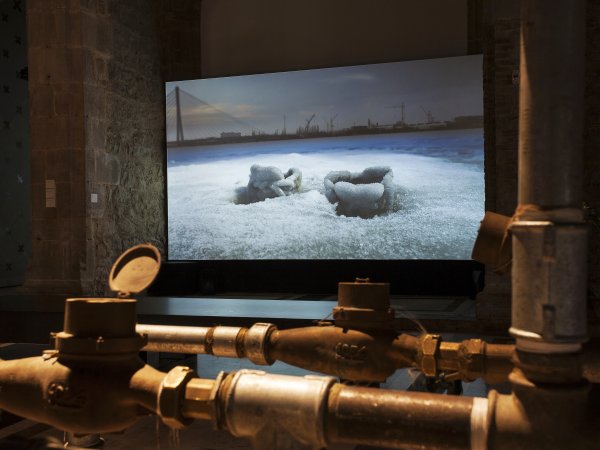 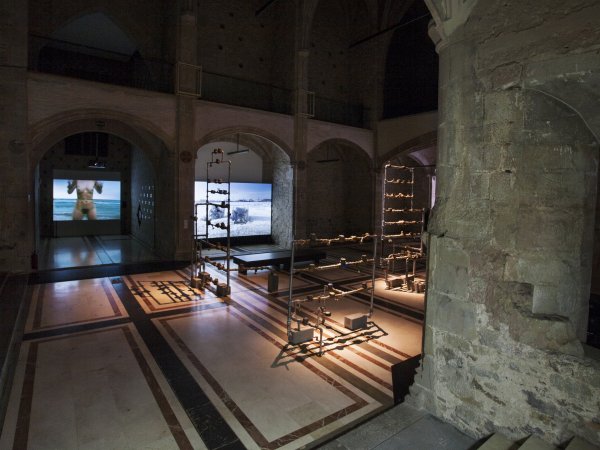 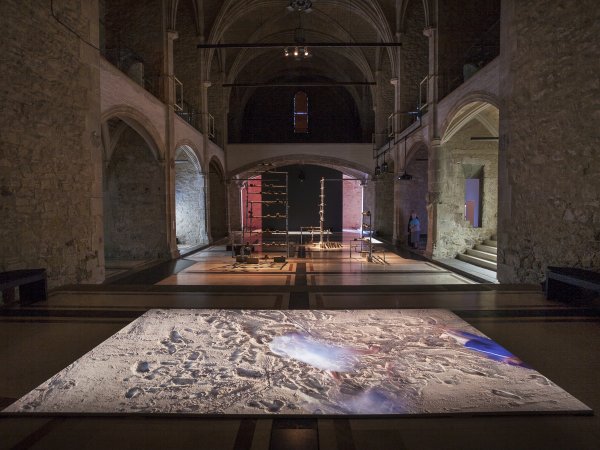 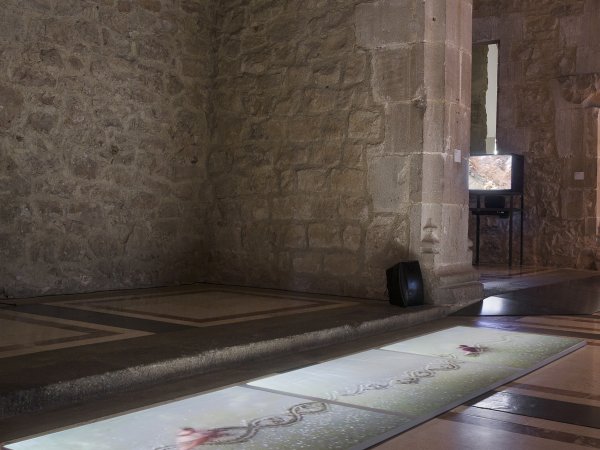 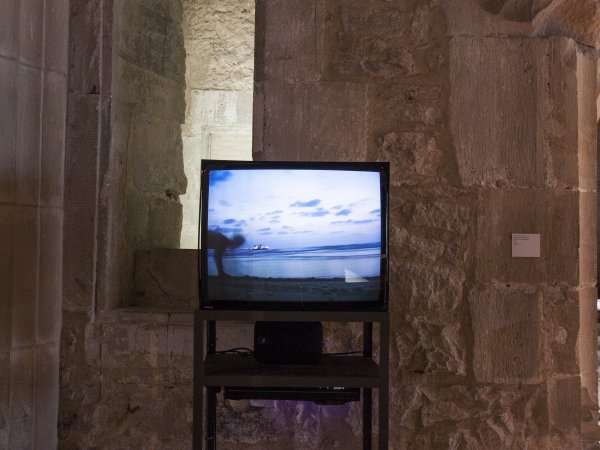 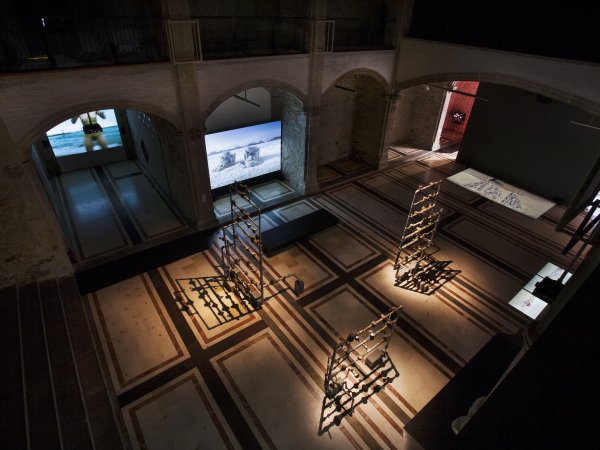 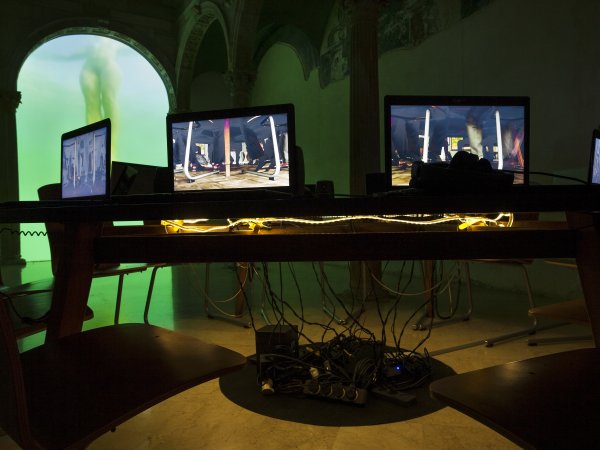 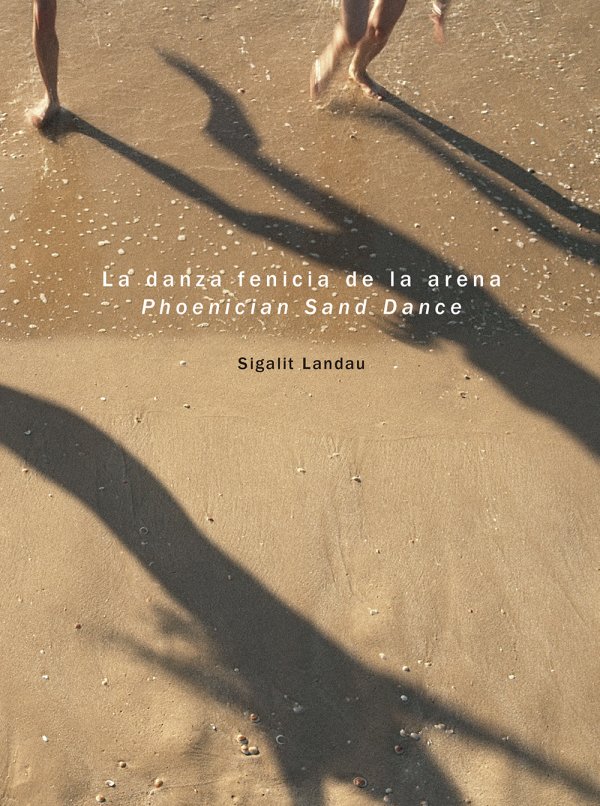