«I sometimes think of music as a succession of sounds which on reaching the listener's ear turns back on itself and retraces its path, in orderly disorder, until re-entering the mind of the person who thought it up», wrote the Italian artist and composer Walter Marchetti.

Together with Robert Ashley, Eugènia Balcells, Joan Brossa, John Cage, Morton Feldman, Pauline Oliveros, Lee Ranaldo and Yasunao Tone, Marchetti was one of the authors whose work was included in the exhibition Possibility of Action. The Life of the Score, curated by Barbara Held and Pilar Subirà at the MACBA Study Center.

The exhibition explored the possibilities of musical notation, loosely understood as a means for musical and visual transmission, and brought together historical and contemporary scores as well as artistic creations not strictly from the field of music. Scores became a field of action, sound became artistic material, the boundaries between art, music and life blurred, and the powers of composers, performers and audiences merged.

The exhibition was presented in conjunction with the RWM program Lines of Vision, a new space for sound experimentation.

During the summer months the MACBA Documentation Centre will present an exhibition devoted to the exploration of musical notation, loosely understood as a support for both musical and visual transmission. Historical and contemporary scores have been brought together for this exhibition as well as artistic creations not strictly from the field of music. Among the latter are experimental works from the areas of sound art, experimental noise/art/rock and crossovers among these and other creation media.

The contents of this exhibition maintain a special relationship with the Radio Web MACBA (RWM) programme series entitled Lines of Sight. It is inspired by other recent projects which investigate written music from different perspectives (psychological, biological, sociological, etc., in addition to the purely musical), as well as the form in which the human mind and intuition translate and transmit music. Both the exhibition and the radio programmes were created from a shared interest and both projects have been curated by Barbara Held and Pilar Subirà.

Numerous experimental composers closely linked to the group of painters known as the New York School formalised their activity during the 1950s and 1960s. This group of musicians, including John Cage, Morton Feldman, Christian Wolff and Earle Brown, used musical notation and music scores in order to create a new context for sound. They based the structure of their pieces on rhythm, sounds and silences. For these musicians, the score was like a canvas or a presentation surface's "framework", and their creative activity was a way of returning liberty to music. In John Cage's words, they were trying to "free sound from music". In his piece 4'33'', Cage went even further by composing a piece that was free of sounds; in other words, a "frame" built around emptiness. Since the radical activity of these composers, music has ceased to be composed as points on a line and has begun to exist in a multidimensional sonic space, breaking down the barriers between art and life, abandoning intentionality and accepting indetermination.

This change in attitude marked a radical break with the dogma of musical convention on form and content, and brought about important changes in the world of music as well as in the world of art. It was the cause of phenomena such as noise and sound art. Moreover, the opening up of the area of music to the world of sound, which had been excluded by the traditional notation system, served to radically transform the relation between composer, musician and the public and opened works to a large number of possible "interpretations".

"Interpretations" is understood here in its broadest sense, without being limited to the purely musical. At the same time, the fact that these composers' scores had become visual representations of sound contributed to the renewal of the dialogue between eye and ear and made them especially attractive elements for creators interested in exploring crossovers between the different artistic media. Interpreting this type of score demands a process of creative action (to make sounds or any other effect) and requires the execution of an action whose result is unknown and largely dependent upon the musician. Thus, the life of the score rests on its capacity for generating actions imbued with meaning in a series of cycles which may be "recycled" by evolving through different interpretations and alterations.

Possibility of Action: the Life of the Score presents a selection of scores which offer a perspective of a moment of radical change in the form in which music is transmitted and interpreted and juxtaposes contemporary works by artists who link their work in multiple ways to sound, image, language, objects and light. The disposition has been made following Cage's concept of cycles or circles; that is, not in a linear sequence but rather from a multiplicity of centres which depend on the observer's context and perception, focusing one's attention in the here and now but at the same time reinterpreting creations of past moments according to the objects presented. As De Kooning once said, "The past does not influence me. I influence the past". The authors represented in this sample are Robert Ashley, Yasunao Tone, Pauline Oliveros, Lee Ranaldo, Eugènia Balcells, Peter Bosch and Simone Simons, among others.

Become a Friend
Share
Notes on "Possibility of Action: the Life of the Score" 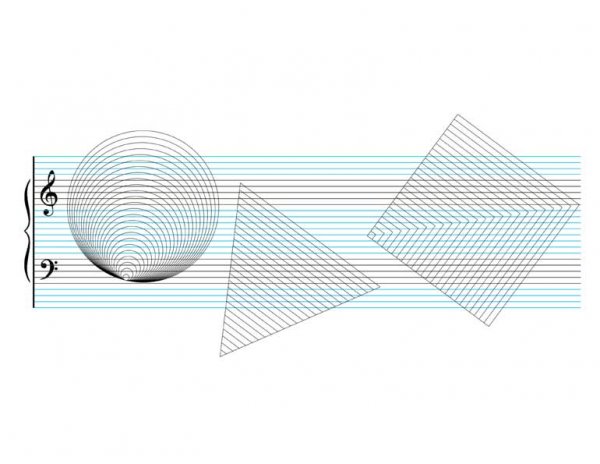 Possibility of action. The life of a music score
Music and live arts 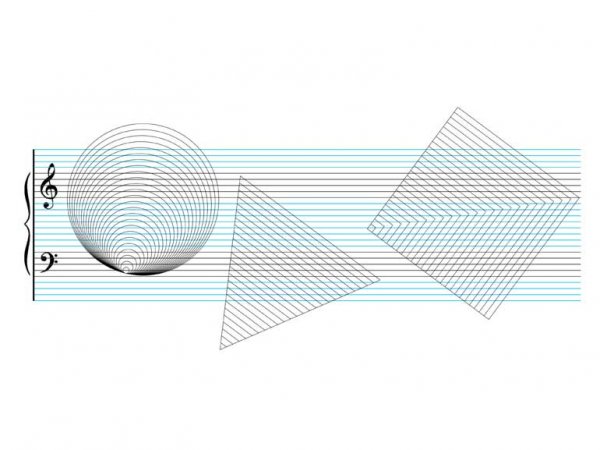 Yasunao Tone "The Origin of Geometry: An Introduction", 2006

Son[i]a #65. Barbara Held and Pilar Subirà
23.07.2007
To reconstruct the disorder of a possible city. To use the model, not as an element in a project, but as the representation of something that already exists.
Jordi Colomer