Los pies que faltan (The Missing Feet), 2010, by Javier Codesal (Sabiñánigo, Huesca, 1958), is the first in a series of works that will be displayed at El Gran Vidrio (The Large Glass), new exhibition premises permanently open towards the outside of the museum, by which the MACBA wishes to break with the pre-established cycles and routines of productivity.

Recorded between Bogotá and the Meta Department (Colombia), in villages deeply marred by the violence of the guerrilla, the army and paramilitary units, this project gathers the video witnesses of people who have directly or indirectly suffered accidents with mines and other explosives. They are accompanied by some texts, thoughts and questions of the artist himself, which dialogue with the words of his interlocutors. 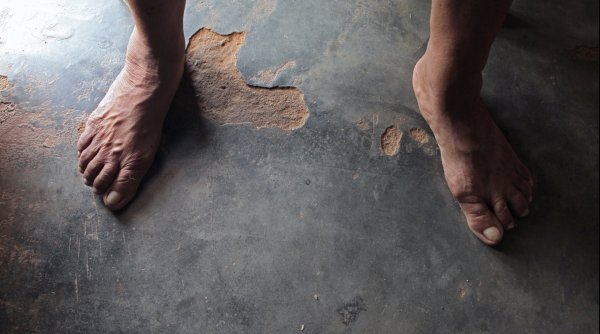