Shot over three days of performance (Day of the Dead, Valentine’s Day and May Day), The Host and the Cloud follows the adventures of a group of actors in the abandoned building of a former French museum, the Musée national des arts et traditions populaires in Paris. The empty museum becomes a dream ecosystem inhabited by real and imaginary characters who indulge in a series of rituals: a trial, a coronation and a parade. The film is part of a larger research process in which Pierre Huyghe works with cultural biotopes (from the aquarium to the museum) and reflects on the social rituals of production and representation of life. Halfway between farce, exorcism and political fiction, between theatrical action and improvisation, the film questions our protocols for the production of meaning, decontextualising and repeating the social ceremonies that legitimise them. Myths become images for the cultural industry, the museum a fair in which myths are consumed. As Jean Baudrillard says: ‘Huyghe’s strength lies in his understanding ... [that] images have become masks for universal media ventriloquism.’ 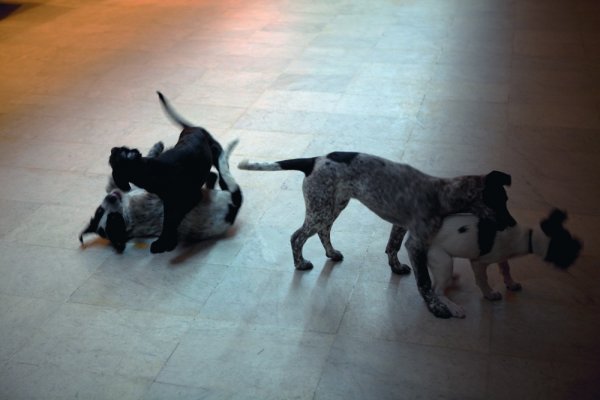