"[…] I don't want to represent, but to manifest, or, at least, to collaborate in the act of appearance (...) In this way, the viewers would place themselves in a state equivalent to that of the artist in each one of the instants of the vision". Pablo Palazuelo (Madrid, 1915 – Galapagar, Madrid, 2007) admitted to Santiago Amón in a 1976 interview.

The retrospective exhibition organised at MACBA in 2007 was one of the most comprehensive that had been held to date on the work of this Spanish artist, and one of the most ambitious in terms of the research thesis. Avoiding the idealistic interpretations that have traditionally linked Palazuelo to modernist abstraction and spiritual resonances, the exhibition, curated by Manuel Borja-Villel and Teresa Grandas, highlighted its rational and performative aspects, while also revealing Palazuelo's interest in the hybridisation of artistic categories. Palazuelo does not invent forms. Rather, after an intense research process, he discovers existing forms, sets up relationships between them and generates new spatial conceptions that only the spectator can complete through the act of perception.
The exhibition paid particular attention to the artist's drawings, which show his rhythmic, dynamic use of line in a style that lies somewhere between graphic design, painting, sculpture, writing and musical notation.

This will be one of the most complete exhibitions of Palazuelo's work to date. It contains about 350 pieces –some of which have never been shown to the public before– and takes us on a journey through all the periods of his career as an artist, with special emphasis on the works done in the fifties and sixties.

Since his work has a great deal to do with performance, the exhibition highlights his drawings and the pieces which show his work process most clearly. It also establishes links between his paintings, his sculptures and his architectural projects. For Palazuelo, art is first and foremost a search, an investigation into new forms and spaces, and that is reflected in this show, which shuns any 'mystical' and 'pseudo-religious' interpretation of his work.

Pablo Palazuelo (Madrid, October 6 1916 - Galapagar, Madrid; October 3 2007) is one of the key figures of Spanish art of the second half of the 20th century who, unfortunately, has still not been given the international recognition his work deserves. There are various reasons for this neglect. First, the still precarious situation of contemporary Spanish historiography, an excessively linear notion of abstraction that begins with Paul Cézanne and Pablo Picasso, continues with constructivism and finally arrives at minimalism. This orthodox conception of modern art has meant that other kinds of practices and aesthetics, which had to do with the symbolic, have been partly ignored. Palazuelo is one of the artists in that context. This retrospective exhibition at MACBA will highlight the most neglected aspects of his work.

The historiography of the last thirty years has confined Palazuelo to an idealistic abstraction, closely linked to currents of spirituality and an almost auratic concept of the artist and his work. Even though it is true that he feeds on currents of thought related to the esoteric, to the kabala, to philosophies and cognitive processes not connected with Western thought, it is also true that mathematics, physics and scientific thought are fundamental to his work. The development of abstraction and the use of geometry in his work are closely linked to a rational and performative process based on the discovery, not the invention, of new forms.

In Pablo Palazuelo's work we can distinguish two great moments, marked by his stay in Paris (for more than two decades) and his return to Spain. The fact that he settled in Paris in the late forties and soon became connected with Galerie Maeght, was decisive in making his work known. A few years after he began to paint, his work was already being shown in international exhibitions, not only of the Spanish art of the time but also thematic ones that approached abstraction from different perspectives. His work soon made its way into private collections and European and American museums too.

In Spain, on the other hand, it was not until his return in the late sixties that his work began to be known. That was the beginning of a process of blurring of the international scene, where he has not been placed in the way he deserves in the context of art of the second half of the 20th century. But beyond any mere 'anecdote' about the recognition received, the influence of those changes on the workmanship of his pieces is noteworthy. The restless line, the constant manipulation of the drawing, of the paintings, which can be seen at the first stage, becomes more distant and more refined in more recent years, in which the process and the gesture are farther removed from the final result of the work. 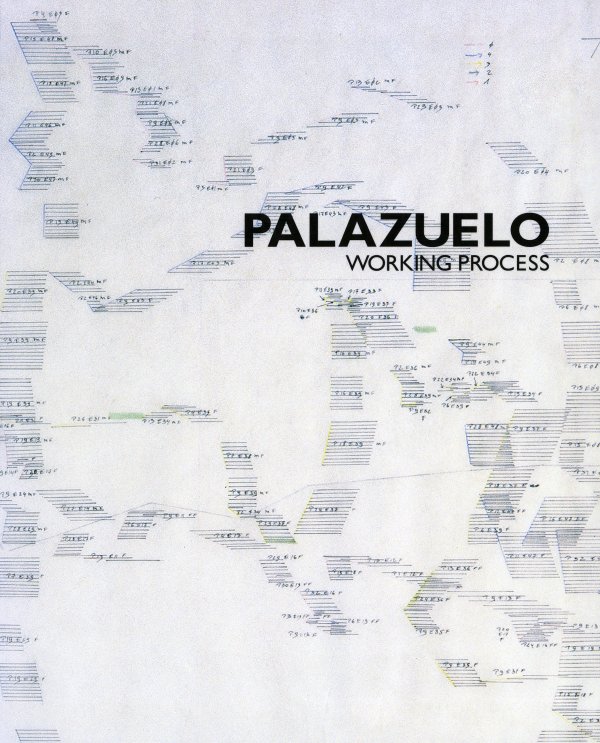