The Otolith Group is an artists' collective founded in London in 2000 by Anjalika Sagar and Kodwo Eshun. Under the title The Otolith Group. Thoughtform, the MACBA presented many of the works that the group had produced up until that time. Sagar and Eshun use an eclectic range of media and materials to explore the nature of perception and to analyse the role of documents and images in the construction of narratives of the post-colonial world. Films, texts, documents, photographs, paintings, sound and music merge and overlap to create new temporalities in their work.

Their documentaries become a science fiction of the present, which recovers forgotten moments from history and projects them into the future. Sagar and Eshun's work is best approached by putting aside the traditional methodological boundaries between creators, critics and curators. They create, analyse, interpret and reinterpret reality in an obsessive attempt to transcend the opacity of their images. To do so, they turn to the full range of semantic possibilities of montage and invite viewers to become editors of their works.

The work of the Otolith Group, founded in London in 2002 by Anjalika Sagar and Kodwo Eshun, reflects on the perception and nature of documentary practice through films, texts and activities related to media archives. Expanding on the documentary genre, their films are imbued with a collage-like effect of images which create a new atlas that narrates the different forms taken by post-colonial situations. From Cold War ideology to global capitalism processes, recent history appears as fragments of a personal diary which, in turn, could be fiction.
This exhibition is conceived as a production centre enabling the viewer to understand a working methodology using materials that document the complex decision making processes that give the final work its final shape, becoming the reflection of something more than just the films. The show will also serve as a space in which different research initiatives reverberate, for an exhibition such as this one by the Otolith Group is not only a presentation, but also an opportunity for both the artistic and broader communities to engage in cultural debates that are crucial to mapping key issues in the evolution of contemporary political and aesthetic identity.
Anjalika Sagar (1968) was born and lives and works in London. She studied Anthropology at the School of Oriental and African Studies, University of London. Her work includes film and video compositions, curatorial projects, moderation, and production. She is interested in the relations between sound, text and image, archive and the legacies and potentials of the essay film. Sagar has produced numerous projects, including the large-scale production No Arrival No Parking with the composer Heiner Goebbels for the Almeida Theatre (London). She is a co-founder of the artists' collective the Otolith Group and the founder of Multitudes.
Kodwo Eshun (1967) was born and lives and works in London. Studied English Literature at University College, Oxford University. His published work includes critical analysis, catalogue essays and magazine articles. His art projects include film and video compositions that coalesce around the notions of the audiovisual archive and archaeologies of futurity. He regularly presents papers at international conferences and symposia and has chaired discussions, moderated dialogues and debates. Author of the More Brilliant than the Sun: Adventures in Sonic Fiction (Quartet, 1998), he is a co-founder of the artists' collective the Otolith Group and a regular contributor to the magazines Frieze, The Wire and Sight and Sound.
Curator: Chus Martínez.
Exhibition organised by: Museu d'Art Contemporani de Barcelona (MACBA) and coproduced in cooperation with the Fondazione MAXXI, Rome.

The Otolith Group
With the participation of: 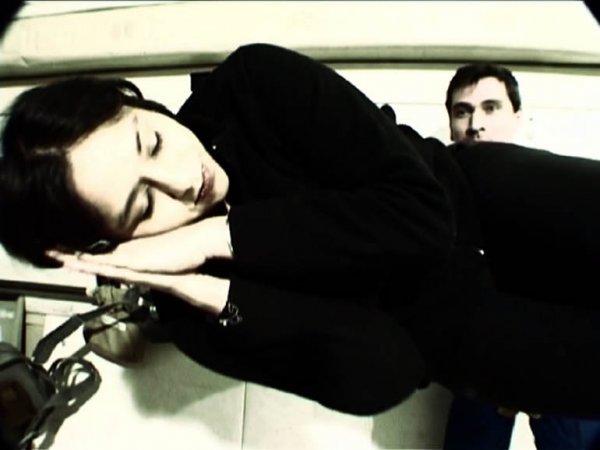