Osvaldo Lamborghini (Buenos Aires, 1940 – Barcelona, 1985) is one of the great myths of contemporary Argentine literature. With only three books published in his lifetime – El fiord (1969), Sebregondi retrocede (1973) and Poemas (1980) – alongside Novelas y cuentos (1988) and Tadeys (incomplete, 1994), which appeared posthumously, he has become a true cult author, a reference for generations of Latin American and European writers.

However, there is one facet of Lamborghini yet to be explored. This is the visual production made while living in Barcelona, between 1981 and 1985: a vast array of photographic collages that has never been seen publicly and has remained in the archive of the storyteller and poet since his death.

Teatro proletario de cámara (Proletarian Chamber Theatre) is an exhibition that presents, for the first time in a museum, the most comprehensive anthology of visual works by Lamborghini. They shed light on the pointed radicality of this artist who remains unacknowledged by the aesthetic accounts of the eighties.

The exhibition is divided into four main sections: 1) an unabridged display of the original Teatro proletario de cámara, a book-object entirely conceived by the writer himself, which was first published in 2008 as a reduced facsimile edition; 2) his handmade notebooks, where he alternates photomontage, political chronicle and personal diary; 3) the collages with expressionist drawings and images recycled from pornographic publications of the time; 4) his pictorial interventions in books bought from publishers’ discount sales.

The exhibition is accompanied by a catalogue entitled El sexo que habla (The Sex that Speaks), which brings together five unpublished essays written specifically for the publication by novelists César Aira and Alan Pauls, philosopher Paul B. Preciado, literary critic Antonio Jiménez Morato, as well as the essayist and curator of the exhibition, Valentín Roma. In addition, this publication contains over one hundred and fifty illustrations that document the variety of subjects, media and visual techniques in Lamborghini’s work.

PLEASE BE AWARE THAT THE EXHIBITED WORKS HAVE SEXUALLY EXPLICIT CONTENT.

1 – TEATRO PROLETARIO DE CÁMARA
Illustrated book, scrapbook, portable museum and, even, modified readymade are some of the definitions proposed by César Aira to determine the uniqueness of this unclassifiable volume to which Lamborghini devoted his final years, during which time he remained cloistered in his rooms – in Carrer Berna and later in Carrer Comerç, Barcelona – from which he did not move.

Teatro proletario de cámara summarises the visual work of the author from Buenos Aires, his alternate use of obscenity and ideology, and the overlap between photographic document and literary delirium. In its pages circulates the political fauna of that time, prompting us to see it as a corrosive chronicle of pre-Olympic Barcelona. However, in his way of animating pornographic images with short and angry texts, he echoes the influence of William Hogarth, an artist Lamborghini repeatedly honoured. To all this could be added War Primer (Kriegsfibel, 1955) by Bertolt Brecht, a text where the German playwright also uses clippings, in this case from war propaganda magazines, juxtaposing them with short scatological, biting and obscene epigrams, perhaps in response to the terrible obscenities of history.

2 – HANDMADE NOTEBOOKS
One of the wittiest and most quoted phrases by Lamborghini is the one that advises: ‘First publish, then write.’ Following this dictum to the letter, the author displayed an unwavering commitment to self-publishing, which led him to make his own handmade notebooks, in which he elaborated photomontages underpinned by aphorisms, fragments of literary descriptions, short poems and double ententes. The influences here are very broad, ranging from John Heartfield to Dadaist experiments, from Bosch and Goya to the collections of clinical images made by Georges Bataille for the magazine Documents, i.e., the entire wild and lugubrious, libertarian and taciturn, tradition of art history.

3 – COLLAGES AND DRAWINGS
The Italian Transavantgarde, one of the most characteristic pictorial tendencies of the eighties, together with the so-called New German Painting, which encompassed artists as diverse as Georg Baselitz, Anselm Kiefer, Jörg Immendorff, A.R. Penck and Jiří Georg Dokoupil, among others, were two movements that decisively guided Lamborghini’s aesthetic practice, as can be seen in his collages with abstract compositions, figurative drawings and pornographic images. On the other hand, the films of R.W. Fassbinder and Pier Paolo Pasolini sparked an intense fascination in the writer, who dedicated numerous allusions to these authors, both in his writings and artwork. This section investigates the ‘sexual politics’ derived from Lamborghini’s visual stories, his way of subverting the optical paradigms linked to eroticism, the forms he developed for twitching the simplicity of aesthetic plasticity, transforming it into a rebellion of dissenting bodies.

4 – INTERVENED BOOKS
One of the most remarkable episodes in the visual work of Lamborghini is the ‘tuning’ of books that the publishing industry had discarded. These volumes could be about the most outlandish subjects: treaties on aerospace, physics textbooks, historical biographies, romances, etc. The writer, however, seems to have a kind of autistic dialogue with them that sets out to ‘offend’ the original text with eschatological proclamations, pornographic cuttings and drawings that undermine their stereotyped messages. Lamborghini practiced here a sort of violent deconstruction, an invasive recycling, a genuine exhumation of the least exquisite corpses of the literature of the eighties.

A – INVENTORY OF READINGS
This section presents, in the museum galleries, a selection of the writer’s personal library, namely the set of books gathered under the heading of ‘ART’, which are still preserved in his final Barcelona residence. The titles that make up the inventory question the DNA traditionally associated with Lamborghini, while helping us to understand the influence of certain artists and theorists in the deployment of his artwork. From John Cage to Godard, from Van Gogh to Antonioni and Dreyer, not forgetting Dominique Laporte and Ruggero Pierantoni, as well as historians of Spanish Baroque, including Fernando Checa, Joaquín Yarza and José María Valverde, these volumes reaffirm Lamborghini’s wealth of artistic information, his relationship to painters, musicians, filmmakers and contemporary essayists.

B – COMPLETE WORKS
This section gathers all the books published by Lamborghini in their original editions together with the different magazines with which he worked, and some manuscripts written and corrected in his own handwriting. 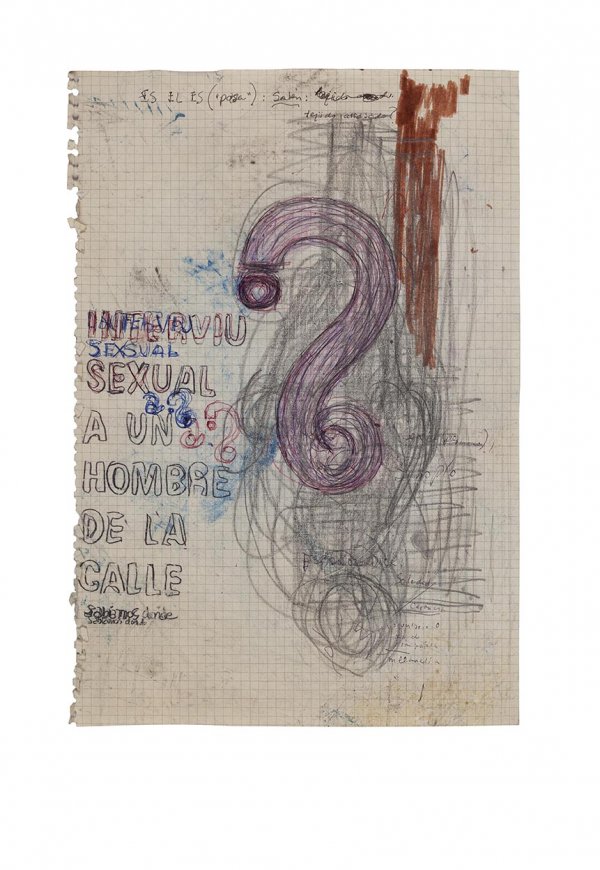 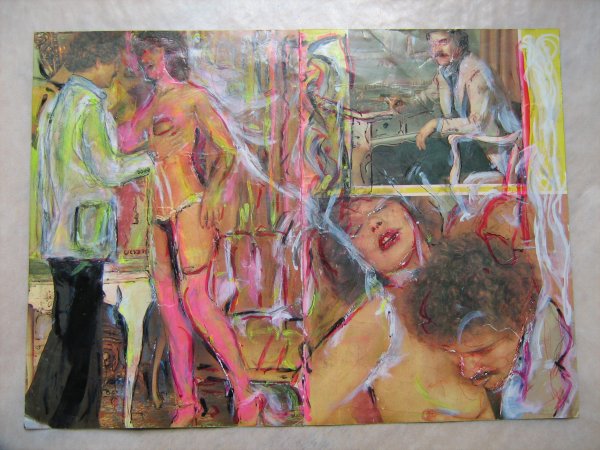 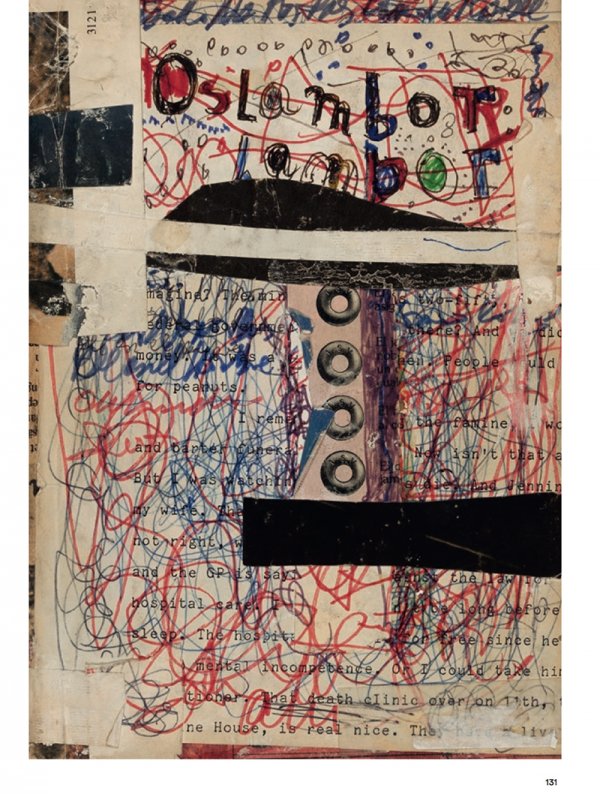 The Random and Vagrant side of Barcelona. Hanging out with Osvaldo Lamborghini Ruta de autor
Visits 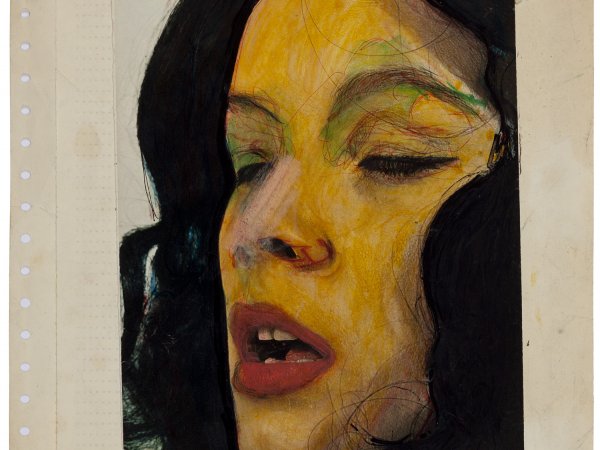 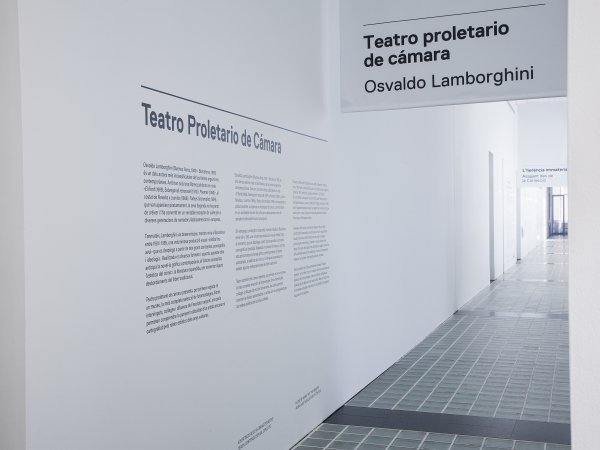 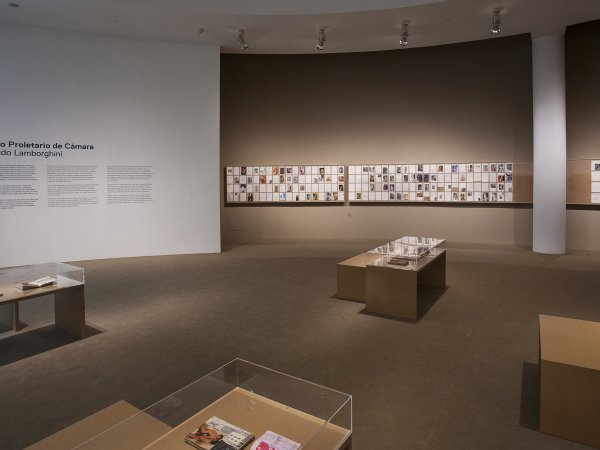 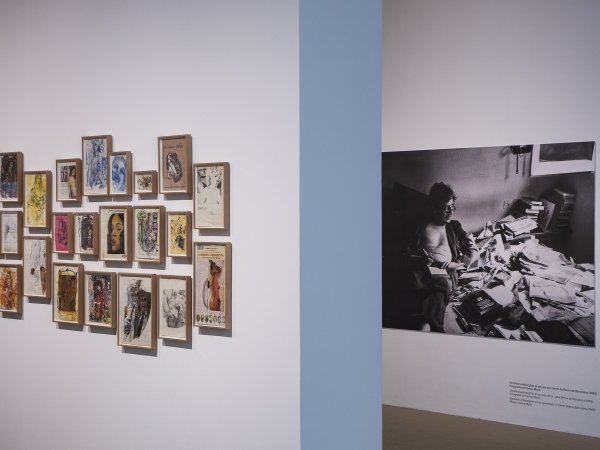 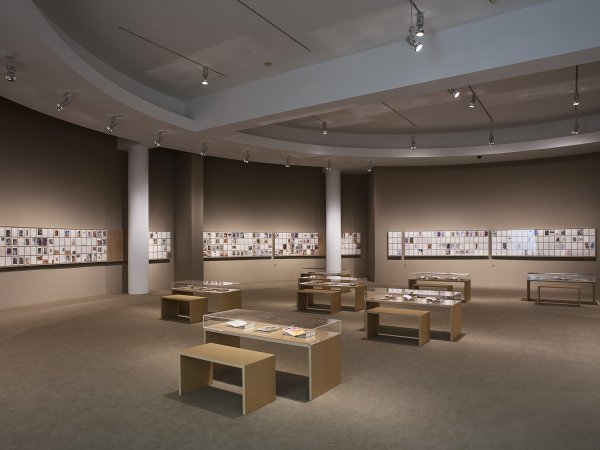 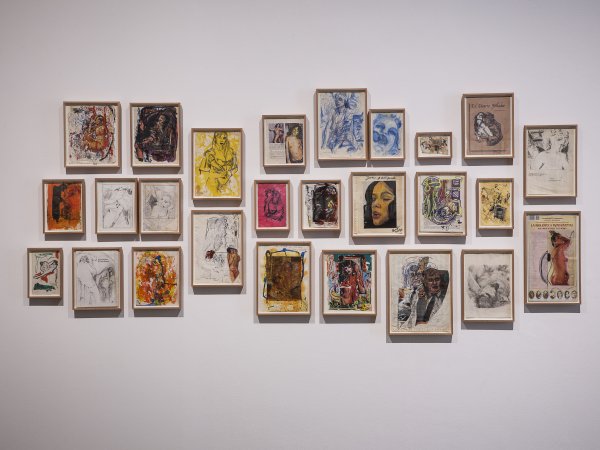 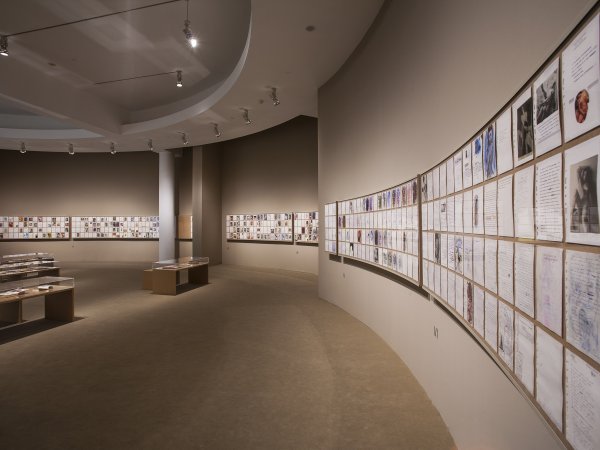 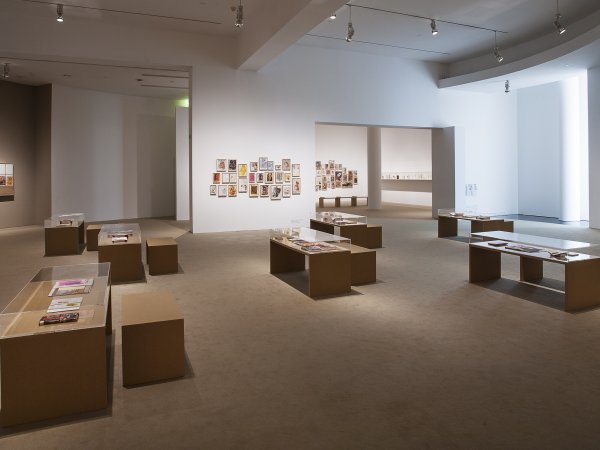 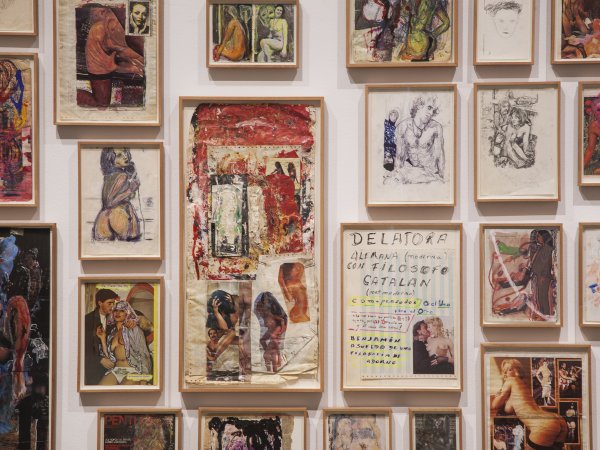 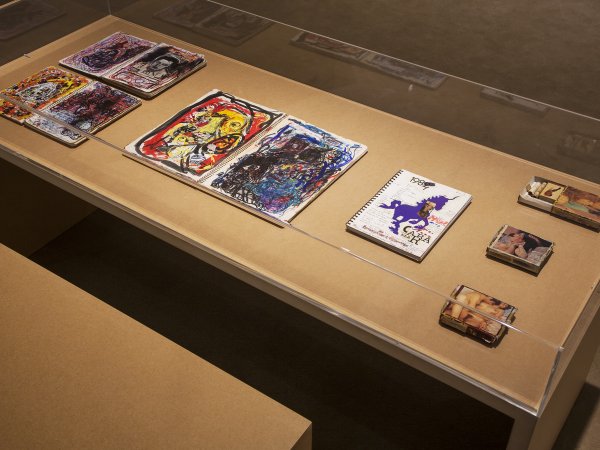 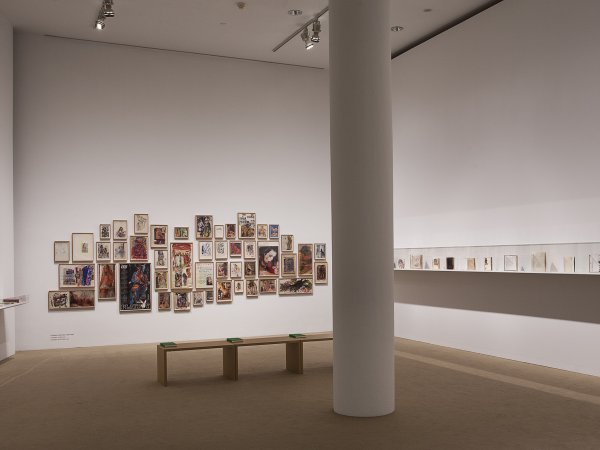 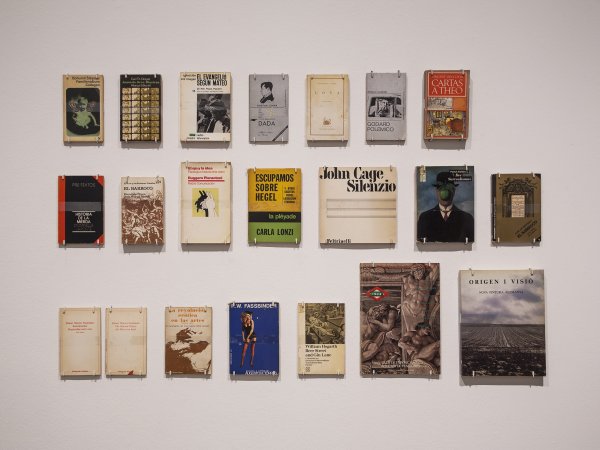 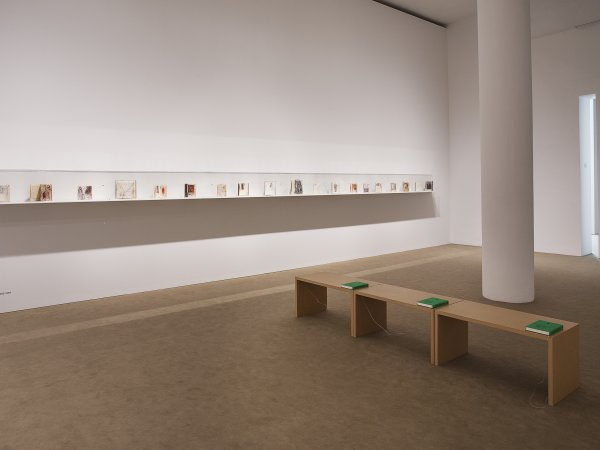 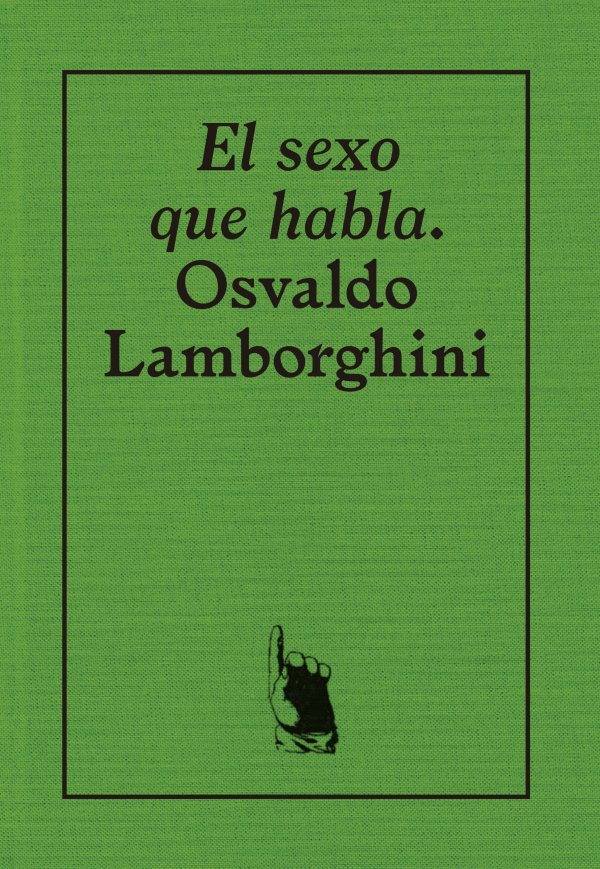