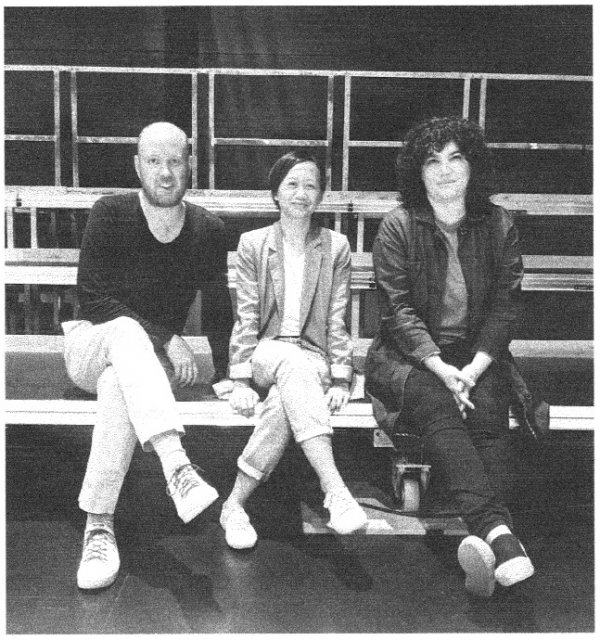 Hiuwai Chu studied anthropology at Barnard College, Columbia University, New York (1996). In 2021 she was appointed Head of Exhibitions at the MACBA Museu d’Art Contemporani de Barcelona. As an exhibition curator there since 2016, she has put together shows including Charlotte Posenenske: Work in Progress(2019), Undefined Territories: Perspectives on Colonial Legacies (2019), Akram Zaatari: Against Photography; An Annotated History of the Arab Image Foundation (2017) and Andrea Fraser: L’1%, c’est moi (2016). As an assistant curator at MACBA (2007–2016), she worked on exhibitions with artists such as John Baldessari, Rita McBride, Lawrence Weiner, The Otolith Group and Raqs Media Collective. In 2020 she joined the board of Hangar (Barcelona). Chu was production coordinator for the Catalan Pavilion at the 2009 and 2011 editions of the Venice Biennale and gallery manager at Kowasa Gallery, Barcelona (2003–2006). Before moving to Barcelona, she was associate editor at the Aperture Foundation, New York (1999–2002).

Max Andrews and Mariana Cánepa Luna studied critical fine art practice (1998) and history of art (2000), respectively, and met in 2002 while studying curating at the Royal College of Art, London. Since 2015 Andrews has been a contributing editor at frieze magazine, where he has written regularly since 2004. Cánepa Luna is a regular contributor to art-agenda and was secretary of the board of Hangar, Barcelona (2015–2019). They founded the curatorial office Latitudes in 2005 and over the last decade have curated exhibitions and projects at Fabra i Coats: Centre d’Art Contemporani de Barcelona (2018 and 2020); CAPC musée d’art contemporain de Bordeaux (2017); Banff Centre for Arts and Creativity, Canada (2017); Museu d’Art Contemporani de Barcelona (2016); Barcelona Gallery Weekend (2015 and 2016); MUSAC Museo de Arte Contemporáneo de Castilla y León (2011); and New Museum, New York (2010). Latitudes mentored three editions of La Capella’s Barcelona Producció programme (2016–2020) and since 2016 has edited KADIST’s online project Incidents (of Travel). www.lttds.org

The essence of the fragment and the module resonates deeply in my work.
Pep Agut