Bartomeu Marí, the curator of Nomeda & Gediminas Urbonas. Devices for Action, puts forward the following hypothesis: «Let's imagine for a moment what occurs when it's an entire population that suddenly emigrates without moving from the spot, because the political, economic, social and symbolic system that has ruled the country for various generations changes, so to speak, overnight.» That was precisely what happened in 1991 when the Baltic Republic of Lithuania declared its independence from the Soviet regime, which it had been annexed to since 1940.

The interactive projects by Nomeda and Gediminas Urbonas (born in Lithuania in 1968 and 1969, respectively) explore the effects, conflicts and contradictions that are generated in former Soviet societies, particularly in Lithuania, when they are integrated into the capitalist system. The Urbonas defend the role of artists as observers and analysts of their age, whose actions contribute to raising awareness, and who reinstate the public sphere as a space for debate.

The processual and collaborative nature of their work links them to a tradition of collective creation that rejects the notions of style and authorship.

The work of Nomeda and Gediminas Urbonas –born in Lithuania in 1968 and 1966 respectively– takes the form of projects in which they explore the conflicts and contradictions thrown up by the new economic, social and political conditions in the former Soviet countries as they affect everyday life, management of public spaces and the idea of the nation. This exhibition features five installations, the results from their work over the last eight years: Transaction (2000-2004), Ruta Remake (2002-2004), Druzba (2003 - ongoing), Pro-test Lab (2005 - ongoing) and Villa Lituania (2007).

A particularly notable characteristic of their work is that each project is born and develops as part of a process involving cooperation with groups and experts from other fields (such as music, architecture or psychiatry). This method results in one of the principal features of their work formally: the absence of a recognisable style or authorship. Another element these projects all share is the inclusion, at some point or other in the process, of a film archive to show how the models used to control society are constructed.

The exhibition begins with Transaction, a work that explores the experiences of citizens as they adapt to the sudden change from one system to another. The title alludes to transactional analysis, a psychiatric method based on applying the scheme of a dramatic triangle in which three roles are assigned: the Persecutor, the Victim and the Rescuer. The project arose, partly, as the result of an interview the Urbonas carried out with Doctor Raimundas Milasiunas, one of the heads at the Vilnius Mental Health Centre, who argued that, in the transactional analysis triangle, Lithuania had adopted the role of the Victim.

In Transaction, the roles in the transactional analysis triangle are played by women, the cinema and psychiatrists. The project studies the cinema as a mechanism used to construct an identity for women based on a feeling of victimisation, and which can be extended to apply to the whole country. The cinema archive brings together more than 50 Lithuanian films produced between 1947 and 1997. One of the women interviewed points to "the absence of a female voice or voices" (in the media generally and in the cinema in particular) as a possible reason behind the adoption of the role of victim. This suggestion provided the artists' with the starting-point for a later project, entitled Ruta Remake.

In Ruta Remake, the archive is formed by recorded voices from radio programmes, films and commercials. These recordings are analysed in interviews with Lithuanian women engaged in different fields relating to oral culture: writers, linguists, musicologists, singers and activists who study the voice as a place between the social and the metaphysical spaces. Ruta is the name of a plant (rue) that is popular both as a symbol of femininity and virginity and for its well-known capacity to induce abortion. In the project, a drawing of the plant serves as the motif for creating the score/matrix for an interactive instrument or device known as the Theramidi. The Theramidi is a synthesiser that operates through an interface installed on a table, responding to the shadows cast by spectators as they move their hands over two sensors.

In the earlier versions of the installation, Otto Kränzler created the sound programme from the voice archive. The musicians and producers Jens Neumaier and Maik Alemany from the Maik Maier studios in Barcelona perform this version at the MACBA.

Pro-test Lab is amongst the projects that have generated the greatest controversy and caused the most political consequences. Taking the management of public spaces as its theme, the project focuses on the specific case of the Lietuva cinema building. In Soviet times, culture had been systematically protected and subsidised. Film was an essential part of the country's cultural life, and huge cinemas were built in many city centres in Lithuania. Under the new capitalist system, however, these cinemas became the perfect targets for the growing property market, and many were demolished to make way for large buildings: apartment blocks, supermarkets and shopping centres.

In 2002, the city council sold the Lietuva to a property developer. In March 2005 the Urbonas and other groups occupied what used to be the box office area at the cinema, turning it into a kind of laboratory, which became a meeting-point for the organisation of protest actions and demonstrations aimed at preventing the Lietuva from closure and demolition. Pro-test Lab now operates as a space in which conflict can be managed democratically in a society in which the idea of a protest demonstration is linked to repression and in which resisting the powers that be was unthinkable. The Pro-test Lab installation is largely made up of documentation on the varied protest actions staged.

Villa Lituania is the result of the invitation extended to the Urbonas to represent Lithuania at the Venice Biennale. The building of this name in Rome once housed the embassy of the First Republic of Lithuania (1918-1940) in Italy, serving as such from 1933 to 1940, when it became USSR property after the Soviet occupation. The Villa Lituania now houses the Russian Consulate in the Italian capital, and many Lithuanians considered it the last occupied territory. The project did not aim to reclaim the building, but to identify a place for political negotiation through a symbolic space. The central motif in the project is the dove, a universal symbol of peace. The artists organised two racing pigeon events, the first coinciding with the opening of the Venice Biennale and taking the form of a championship for birds from Italy, Lithuania, Poland and Russia. The second was to have been a race from Venice to Rome, scheduled for the autumn, but finally never took place.

The exhibition features a display of all the elements in the project, from the trophies awarded to the winning pigeons to the posters and the model for the pigeon loft that was to have been built in Rome, and for which the necessary permits were not finally obtained. The design for this model, the result of a competition for young Lithuanian architects, combines the neoclassical style of the Villa Lituania with the structure of the boxes in which racing pigeons are transported. In the exhibition space, it provides a stage from which to watch videos featuring different parts of the work and the building, as well as photographs narrating the process in which Lithuania became independent.

Druzba is the title of a project launched in 2003 as a metaphor revealing mechanisms of power and submission that rightfully belong to the past but which still persist even today. In Russian, druzba means "friendship", and is the name given to the Soviet government's most ambitious undertaking in the 1950s, to build an oil pipeline stretching from the Urals to Central Europe and supplying the Soviet republics with energy. The most important refinery along the pipeline was in Lithuania. The enterprise combined apparent solidarity and the patriotism with a process of colonisation and dependence. The privatization of the pipeline after Lithuanian independence and the subsequent break-up of the Soviet Union aptly serves to illustrate the relations between economics and politics in strategic industries.

In Druzba, film archives once more occupy a central place in the analysis that the artists make of propaganda messages. When updating Druzba for MACBA, the Urbonas decided to build a space combining the archive they have built up so far with a space where the second part of the project will take place, and which visitors will be able to follow over the course of the exhibition. 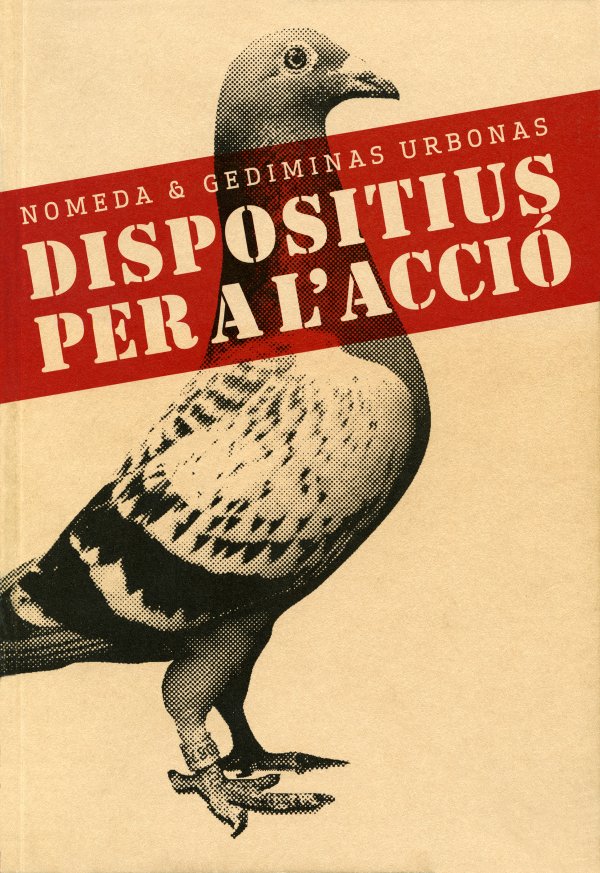