On 21 June 1960, the Museu d’Art Contemporani de Barcelona opened its doors to the public for the first time in the dome of the Coliseum cinema, the premises that FAD had made available to its director Alexandre Cirici i Pellicer when no more appropriate venue could be found. The official opening of this new Museum proved the tenacity of the people behind it and showed the obstacles that they had faced and would continue to face in their struggle to bring the underlying project to fruition: to create a platform for the diffusion of contemporary art in Catalonia.

It may have been precarious, but the opening of the Museum was the culmination of a struggle for contemporary art that actually stretched back ten years to 1949 and the founding of Club 49, coordinated by gallery owner Joan Prats. This could be seen as the first step in journey that would culminate on 20 March 1956 with the creation of the Associació d’Artistes Actuals (AAA), chaired by Alexandre Cirici, which organised the Salons de maig exhibitions and had, in its first meeting, declared its desire to set up a contemporary art museum.

This museum, which eventually became a commercial company (with a hundred private partners, most of whom owned a single one-thousand peseta share), had a brief but intense life: after organising twenty-one exhibitions featuring contemporary artists from Catalonia and beyond, it was forced to shut down. In February 1963, an exhibition entitled L’art i la pau had demonstrated the limits of permissiveness in regard to the social and political commitment of new art. This situation, the museum’s financial difficulties, the wavering of the institution that would supposedly provide funding (Diputació de Barcelona), along with the fear of some and the mistrust of others, came together to make the project unfeasible.

Through this exhibition held in the months following its opening in November 1995, the new Museu d’Art Contemporani de Barcelona paid homage to its immediate predecessor, in which it recognised not only a namesake, but also a similar ambition and purpose.

The re-opening of the Víctor Balaguer Library-Museum in Vilanova i la Geltrú, which now permanently houses a selection of the collection of the short-lived contemporary art museum, was also a good opportunity to reconstruct and defend the artistic and cultural memory of a key period in the recovery of Catalan culture.

In the right-hand column, ‘Related Content’, you will find the descriptive lists of the materials and documents that make up this collection. 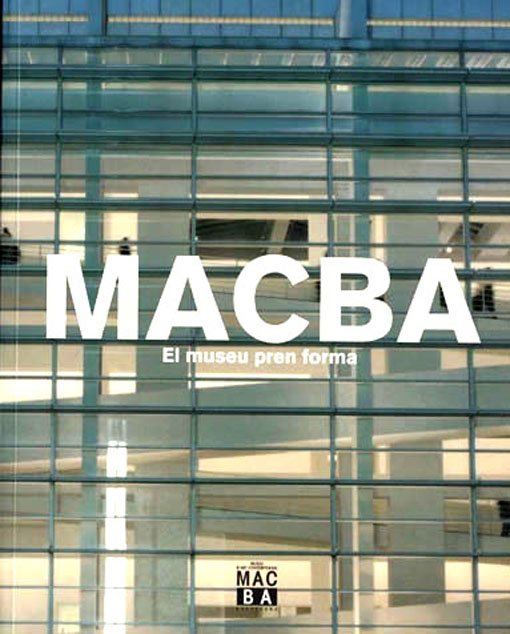