«Modernism fascinates me. Its basic principles were generated from a common wish to create a more egalitarian society. Yet it has been, and still is, politically appropriated by oppressive systems, be they old-fashioned colonialism or neo-colonial economic global might». This statement by the artist Ângela Ferreira perfectly sums up the spirit of Modernologies. Contemporary Artists Researching Modernity and Modernism.

Ferreira was part of the group of thirty artists selected by the curator Sabine Breitwieser for this project that analysed a new generation of contemporary artists' increasing interest in studying the legacy of modernity and modernism as a great utopian project linked to welfare, equality and progress, but also to certain processes of colonial oppression and control.
The exhibition was structured into three main, interconnected sections: the production of space, which looked at the role of architecture as a hope for social change; the aspiration to a universal language linked to a desire for artistic autonomy, expressed through abstraction; and the politics of display, as a reflection on how exhibitions are conceived and transmitted, and artists' involvement in them.

This project examines modernity as a promising socio-political movement which, basing itself on industrialization and technology, on the principles of human rights and democracy, on the right to self-determination, on the principle of education for all, on secularisation and Enlightenment philosophy, and above all on the underlying notion of progress and continual development, aspired to form a universal language. Hence, art no longer stood in a direct functional relationship to its former patrons, the Church and the aristocracy, but instead became committed to the ideology of autonomy. The arts were accordingly required to portray modern life not only in adequate forms but also with analogous contents as part of this movement, in order to reflect the utopian potential of modernity but also the destructive and regressive sides of revolution and upheaval. Modernism attempted to illustrate the experiences and ramifications of modernity in artistic forms – and in undertaking this project it was almost post-modern.

Such promises of a better and more beautiful world are juxtaposed with considerations problematizing the notion and category of modernity, defining a fundamental critique on its rhetoric and conditions. Western imperial projects, and especially the colonial expansion, had modernity not as a precondition but as constituent part of their essence according to Walter Mignolo forming its "hidden, darker side" of this "European narrative". Jacques Rancière claims an "aesthetic regime of art" whose prevailing "indifference" goes back to the democratic principle of a radical demand for equality. Assertions come from Bruno Latour according to which we "have never been modern" because the strict dichotomy in the modern between nature and society was never surmounted.

It is evident that modernity is a popular topos for analyses and reflections of a largely controversial nature. Numerous theories have also been written about the beginning as well as the end of modernity, marking a radical change in all spheres of life. While early formulations of "modern life" can be recognised in Romanticism, primarily in its literature, it is the French Revolution and the first open display of a painting on the occasion of the public viewing of Marat's murdered body in Paris that are considered as decisive events in the development of modernity in political as well as aesthetic contexts (T.J. Clark). The emergence of the totalitarian regimes in Europe, especially Germany under National Socialism and the Holocaust, mark the decline of the modern individually and societally as well as politically. The architecture theorist Charles Jencks established a date for the "death of modern architecture" at 3:32 p.m. on 15 July 1972, exact to the minute. At this moment the Pruitt-Igoe apartment buildings in St. Louis were being demolished; the expiration of the modern was thereby conceded so to speak, making literal room for "the language of post-modernity". The non-synchrony and distinctions of the definition of the notion of modernity in terms of the modern era, of style, of society, as model of production in connection with what we have learned from the postcolonial studies lead us to agree to speak about "many modernities" since the last years.

In light of the return of reactionary thinking in society and politics, a renewed functionalization of art by the market strategists of global corporations which relegate economically disadvantaged countries to a pre-modern situation through their economic imperialism, and also the all-commanding role played by the art market today, it seems to be no accident that a younger generation of artists is dealing increasingly with the legacy and the promises of modernity and modernism, indeed with the failure of utopia and searching for possible actualizations, in its works.

The aim of the Modernologies exhibition is to achieve an account of the state of artistic research and to discuss selected contributions to the subject matter that appear central after two to three decades of an ever intensely blazing conflict about the legacy of modernity and modernism as regards form and content, and the (to some extent) solid criticism of this category and the contents that are linked to it. To this effect the project advocates neither a "new formalism" nor a "return to abstraction". Neither is the focus per se on revealing "unknown modernisms" in countries whose protagonists have been assigned more marginalised roles in relation to this subject matter up to now; it is much more about a fundamental attack that challenges the conditions and constraints of modernity and modernism and will reveal new readings. What is the artists' relationship to the promises and forms of modernity, and how can this historical era be reflected in artworks in a critical way or even undergo a re-evaluation? At the same time, the ambivalent situation of this exhibition, which paradoxically deals with a project that is associated more than almost any other with its failure, should not go unmentioned.

A publication of the same name is being released at the exhibition with numerous images and texts by Sabine Breitwieser, Cornelia Klinger and Walter Mignolo as well as the artists that will also be given voice through short interviews conducted by Sabine Breitwieser and Andrè Rottmann.

Modernity and After
Cinema and video
Activity

Why is modernity so unique and attractive for visual artists today?
Lectures 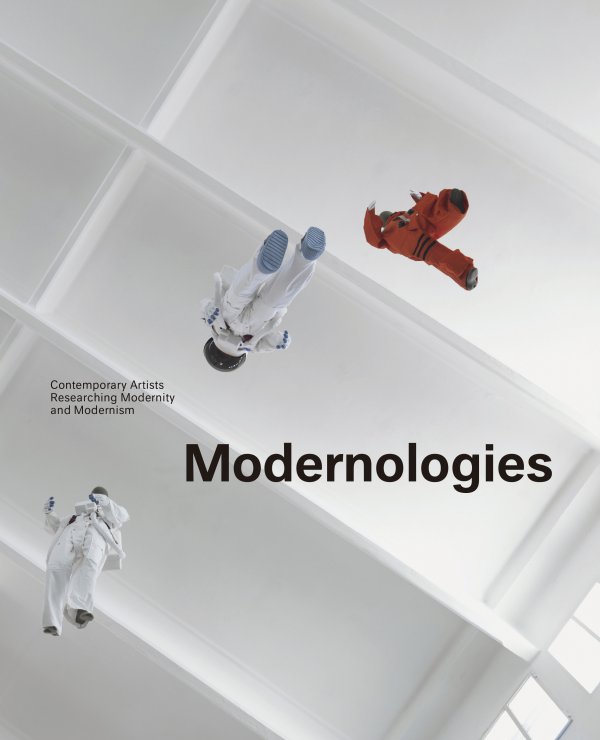