The last edition of the Venice International Film Festival honoured Aleksandr Sokurov with the ultimate distinction. The Russian filmmaker won the Golden Lion award for his film Faust, 2011. The film is the final in a four-part series on the nature of power. In the three previous films, Sokurov had dealt with Hitler, Lenin and Hirohito, three icons of self-centred authoritarianism. The controversy generated by the award among film critics was further proof of the polemical character of the work. Accused of practising an aesthetically indulgent cinema, Sokurov's fans regard his works as indispensable for understanding the complexity of post-Soviet Russia. Unanimously acclaimed for Russian Ark, 2002 – a cinematographic tour-de-force filmed uninterruptedly inside the Hermitage in a 87-minute sequence shot – Sokurov's filmography has maintained a productive relation with European painting.

Aleksandr Sokurov (Podorvikha, Siberia, 1951) belongs to a typology of filmmakers who have advocated the presence of cinema in museums. Many contemporary film directors, such as Jean-Luc Godard, Pedro Costa and Apitchapong Weerasethakul, have been the object of exhibi tions in the last two decades. The introduction of cinema has modified the museum experience and expanded the limits of art history, changing the nature of the viewer's attention throughout the exhibition and proposing a use of time that differs from that required for static images. The irruption of cinema has also given museums the opportunity to use the medium as a way of rethinking themselves critically. Sokurov's Military Series, a three-film series lasting approximately ten hours, has become the emblem of this new form of exhibition cinema. The images make great demands on the viewer, and the duration – extenuating at times – defies the conventions of museum opening hours.

In the late nineties, Sokurov made Soldier's Dream, 1995, Spiritual Voices, 1995, and Confession, 1998, the three films that make up the so-called Military Series. These three titles, which became part of the MACBA Collection in 2004, are shown on this occasion together with Elegy of a Voyage, 2001, conceived as a journey that takes us from Siberia to the Museum Boijmans Van Beuningen, Rotterdam. This last title, which in the context of the exhibition is seen as an epilogue to the Military Series, is Sokurov's first production commissioned by a museum. The four films share a new documentary aesthetic that combines the empirical experience of place with a sombre and spiritual lyricism. Soldier's Dream (a short 10-minute piece extracted from the third chapter of Spiritual Voices), and the five chapters comprised in Spiritual Voices (lasting five hours and 43 minutes), relate a prolonged stay at a frontier military post between Tajikistan and Afghanistan. The omission of factual information, of the type that is common in the media, and the long sequences representing the soldiers' routines, face the viewer with an enigmatic chain of events. Not even the news on the war in Afghanistan, persistently broadcast, can attenuate the power of these images with which Sokurov tries to create a new event – which is no other than the one that takes place during the contemplation of the film.

Confession, made in the late autumn of 1997, on board a naval ship sailing on the Barents Sea in the Murmansk region (the same place that witnessed the sinking of the Kursk submarine in the year 2000), shares with Spiritual Voices the literary structure of a diary. Spiritual Voices is completed with the subtitle From the Diaries of a War, while Confession adds From the Commander's Diary. Moreover, each film is divided into five chapters, suggesting a sequence of musical movements as well as a unity of narrative. These monumental visions of the Russian military apparatus, both sublime and abject, lack a narrative climax. The events unfold smoothly and without any apparent outcome. The enemy is always absent, even when there is fighting, such as in the fourth chapter of Spiritual Voices. And while the subject of the films is war, the narrator's voice has a reflective and intimate character that suggests an inner conflict, typical of male subjectivity and military habits. In this sense, Sokurov's biographies often remind us that he grew up in a family belonging to a military institution, while also hinting at the admiration the filmmaker always felt for the radio, the most popular medium for gaining access to literature and music in the former USSR.

The absence of spatial and temporal references that would allow us to anchor the images in the Afghan conflict, or in the naval operations for border patrolling, is
compensated by the recitation of literary fragments and musical allusions. Equally, the ominous feeling of war underlying these pieces is manifested through a
construction of time that dispenses with all chronological vestiges, except for the passage of the seasons and atmospheric variations capable of creating the most sublime compositions. The chain of ideas and states of mind runs parallel to an impetuous flux of images referring to situations as real as the ones provoked by military
confrontation. And yet, this boundless footage unfolds at a slow and meditative pace, in the manner of an elegy or an essay. For Sokurov, documentary practice is a committed exercise on the everyday coexistence of individuals belonging to military institutions. The filmmaker shares their difficulties to the point of experiencing moments of empathy. ‘They seem to treat me as one of themselves,' the voice of the author declares, ‘but perhaps I'm wrong to think that they see me as one of them.'

Elegy of a Voyage, the last work in the current presentation of Sokurov's films, takes documentary practice to a higher level of abstraction than the one attained in Spiritual Voices and Confession. The journey through Europe becomes a voyage in which the accumulated images amount to an authentic geography. The film ends in front of a painting by Pieter Saenredam, St Mary's Square and St Mary's Church in Utrecht, 1662, where Sokurov experiences his particular epiphany. Here uncertainty destroys any traces that may remain of a realist documentary style. Up until this point, Russian identity had been confined to the limits of the nation, yet now European identity becomes no less vague and imprecise through a series of sequences of visual and acoustic evocations. Lasting 47 minutes, the film is a succession of scenes of war and destruction in Chechnya, border posts, road cafes and museum galleries along which the author wanders aimlessly. Europe is reduced to a fragile representation deciphered by Sokurov in an aesthetic rather than political manner. The figure of the filmmaker gradually appears as a silhouette with its back to the camera. His hand rests on the surface of the canvas, as if it were possible to apprehend, through touch, the place described in Saenredam's painting, and consequently identify documentary reality with its pictorial dimension.

The illusion of endowing images with a physical and palpable presence is as powerful in the Military Series as in Elegy of a Voyage. Snow, forever present in these works, becomes a natural filter. Objects, by becoming pale and dissolving, acquire that monochrome aspect, which is typical of Sokurov's filmography, and which not only adds a halo of nostalgia to his productions, but reinforces the aesthetic autonomy of his cinematic works. Spiritual Voices was one of the first productions filmed on video, as are the rest of the films included in the exhibition. The use of lenses that flatten the depth of field in the photography, together with all type of manipulations blurring the definition of the image, have prompted many critics to compare Sokurov's films to nineteenth century Pictorialism. Thanks to a new projection device in the museum, viewers can walk freely from one room to another, create their own editing by moving from one film to another, and catalyse a specific event, other than the one represented by the images. By being projected directly onto the gallery walls, Sokurov's films can overcome the limitations of a traditional film house.

Organised by: Museu d'Art Contemporani de Barcelona (MACBA), as part of a project launched in cooperation with the Centre de Cultura Contemporània de Barcelona (CCCB) and the Filmoteca de Catalunya. Produced by: MACBA and MoMA PS1. 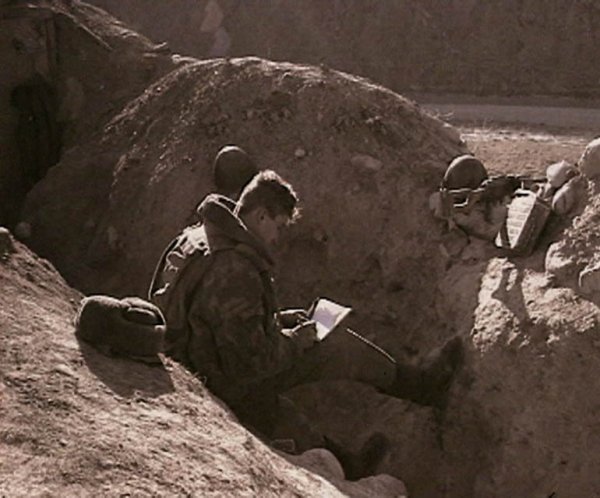 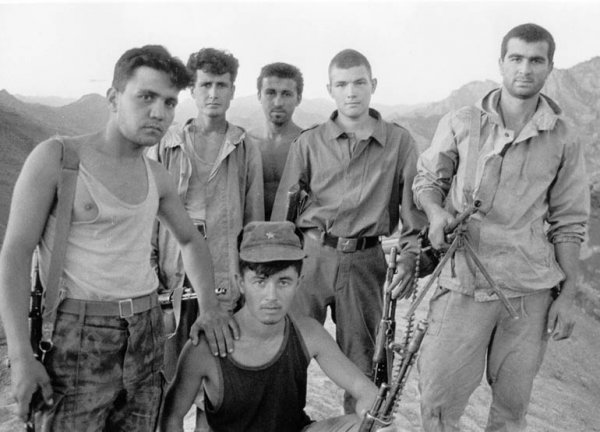 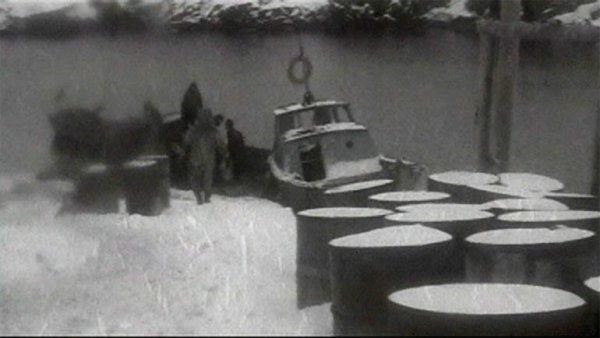