The Malady of Writing at the MACBA Study Center launched a new line of exhibitions at that puts the spotlight on the phenomenon of artists' books that use narrative and fiction as their main means of expression. The exhibition room was transformed into a reading room, which offered visitors over 150 books, opuscula, loose sheets, essays, novels and other documents, produced by artists who were determined to find new languages and spaces for reflection for contemporary art.

The publications shared certain characteristics: aside from drawing from fiction, most of them displayed a particularly creative use of typography and design, and turned to smaller alternative, non-mainstream distribution channels. The exhibition was curated by Chus Martínez, with spatial design by the artist Xabier Salaberria.

The Malady of Writing is a project different from what we are accustomed to viewing. It is a collection of books, opuscula, pamphlets and single pages written by artists that together constitute a singular library.

While traditionally a distinction is made between art books and theoretical/critic/biographical texts written by artists, what we have here are fictional texts: academic fiction, literary fiction, political fiction and poetic fiction. Books that are produced – and often published – by artists but that are not artists' books. These are a different sort of novel and fiction, works that would not likely be successful in the literary world, given that success in that world mainly depends on two factors: the channels for distribution and the experimental nature of the texts.

The circuits of distribution determine the presence of books in the places where one regularly goes to find a novel. These projects are possible because the artists themselves, small/independent publishing houses or art institutions/centres decide to publish them. There are no literary agents and, therefore, they live on the border of – or, rather, in parallel to – the major companies that specialize in publishing literature. On the other hand, with these texts the reader engages in an exercise of reinventing language and writing that is necessarily related to the artist's production. These books are read by those who are interested in contemporary art, regardless of whether this is the intention of the artist.

Though there is an opening and closing date for this project, which will be presented at the MACBA Study Center, its public presentation is just the beginning. It is the first step to introducing the volumes that we have collected to date: more than 150 works by 60 international artists, most from the same generation. The project is the result of a year of research, and it will continue and grow as more texts are found. In many cases, we know of the existence and publication of the works but have had trouble obtaining copies. The limited number of copies and the great diversity of worlds in which they are distributed make the task of locating such texts diffi cult. Furthermore, many of the works have become ‘cult' books or books that are in high demand in the artistic community. The inauguration of The Malady of Writing should be understood as the opening to the public
of a library that will not just continue over time: it will also adopt multiple forms in terms of exhibition and research. This initial version is the result of collaboration with the artist Xabier Salaberria, who designed the space.

The library is not organised by subject. It would be nearly impossible to implement that sort of organization without inventing Borges-like categories. The books are distributed within the space so as to allow each visitor to discover what the project is about and the best way to relate to the works. Some are short texts while others are novels that take time to read; this means that visitors must be willing to spend time with the books. More than one copy is available for readers/users and, therefore, several people can read a single text at the same time.

The Malady of Writing is evidence of the Museum's growing interest in writing. This interest is shared by MACBA's Programme of Independent Studies, which in 2010 will host a debate and a series of activities aimed at examining the status of criticism and the exercises of radical imagination that initiatives such as this exhibition involve.

The project includes three works produced specifically for this first presentation: El mundo explicado (The World Explained) by Erick Beltrán, a Mexican artist living in Barcelona; the text Pourquoi Malady? by the Danish artist Jørgen Michaelsen, and 60 cartas
(60 Letters) by David Bestué and Marc Vives. El mundo explicado is a compendium of the theories of the so-called ‘footnote people'; the second volume of this work is to be produced and printed every day in the MACBA Study Center. Erick Beltrán uses a Hartmann printer installed in the Center to print a singular encyclopaedia nearly every day; the work presents theories about the world collected by a team of interviewers near the Museum. Thus, page by page, a book is taking shape. This is the second volume; when completed, it will be added to the one Beltrán produced during the last São Paulo Biennial (2008).

The Bestué/Vives duo proposed sending one hundred letters to people and institutions in Barcelona. The goal is to try to establish direct, personal contact with a group of people chosen by the artists. Since letter writing has become so rare, this project is eccentric: in the words of the artists, it refl ects an effort to create a ‘gesture' that facilitates a response, easing communication with the recipients. The text – the letters – has a mission: to interrogate how each of these people, all of them actively involved in the construction of Barcelona, is inserted in the city's reality.

Become a Friend
Share
"The Malady of Writing" bibliography

Discussion with Will Holder and Alexander Waterman
Lectures
Activity 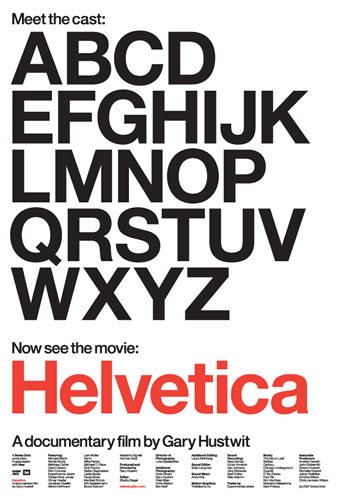 A conversation with Vasco Araújo
Lectures