The Iranian collective formed by Ramin Haerizadeh (Tehran, 1975), Rokni Haerizadeh (Tehran, 1978) and Hesam Rahmanian (Knoxville, 1980), a group of artists established in Dubai who have collaborated since 2009, won the 2nd Han Nefkens Foundation – MACBA Award for Contemporary Art. On show at MACBA will be their artistic proposal The Maids, a multi-part exhibition created in response to the city of Barcelona, and the result of a twoyear process the artists call ‘an assembling of a collective body’. As artists, collaboration is central to their practice. Their goal is to create more equitable forms of artistic exchange by inviting different makers to contribute freely and independently to ongoing works in progress.

For their MACBA project, the artists sought out Joan Baixas, the renowned Catalan puppet artist and stage director whose work they have long admired. They also extended invitations to artist Niyaz Azadikhah, who has been leading community-based women’s sewing workshops in Tehran; John Cole, a robotics engineer who specialises in sensors; and an international group of writers, including Mandana Mohit and Sohrab Mahdavi. The Maids showcases the product of these exchanges, such as the robot-driven puppet (designed by Baixas and Cole) that opens in response to the behaviour of gallery visitors to reveal a patchwork of embroideries by Tehrani women and Afghan women refugees on the theme of everyday fears. The puppet faces a wall-sized assemblage of poetry, painting and drawing that incorporates Unfaithful Poems, a series of subjective rewritings of contemporary poetry produced in collaboration with writers and translators. Also on view are three video works: To the Left to the Right and Around (2016), From Sea to Dawn (2016–17), an animated video and ‘moving painting’ about migration; and their performance-based video work The Maids (2012–15), which, like the exhibition, borrows its title from the eponymous 1947 play by Jean Genet. ‘We make a space for friends to bring their own approaches’, the artists say. ‘It’s important for the process to be open-ended, and the ideas of the invited people into the project become organs of the process.’ In this case, the notion of fear introduced by Baixas in relation to systems of control resonated with the artists own interest in the question of power, and the ways that the powerful and powerless switch their roles, time and again, or what they call, after Genet, ‘Madames and maids’. ‘What’s in the space between the controller and the controlled?’ Baixas asks. ‘A system we call behaviour.’

ABOUT THE ARTISTS
Ramin Haerizadeh, Rokni Haerizadeh and Hesam Rahmanian live and work in Dubai. Their work has been exhibited at the Guggeneheim Abu Dhabi; ICA Boston; Kunsthalle Zurich; Den Frie Center, Copenhagen; the New Museum, New York; the Museum on the Seam, Jerusalem; Trussardi Foundation (2017 Triennale), Milan; Carnegie International 2013; and the Sharjah Biennial 2011, among others.

Niyaz Azadikhah is Tehran-based artist and teacher who works in various media. Joan Baixas is a Barcelona-based artist, performer and stage director, who has worked in a variety of media, from puppets and masks to painting and theatre works. He was the director of the theatre company Teatre de la Claca (1968–98) and collaborated with artists Joan Miró and Cildo Miereles, among others.

John Cole is Dubai-based engineer and founder of Dexter Industries, an educational robotics company and manufacturer of robotics sensors.

Sohrab Mahdavi is a Tehran-based writer and translator.

ABOUT THE AWARD
The Han Nefkens Foundation – MACBA Award, worth 50,000 €, was created in 2011 with the aim of consolidating Barcelona as an international capital of contemporary art. It is aimed at artists from all five continents, previously selected by a group of 10 artistic talent scouts. One aim of this award is to establish networks between the five continents and make visible the art generated in those countries considered ‘non-Western’. The second edition of the Han Nefkens Foundation – MACBA Award took place in 2015, with a jury comprised of Han Nefkens, Bartomeu Marí, Hou Hanru, Beatrix Ruf and Kaelen Wilson-Goldie.

Read more
A project by: 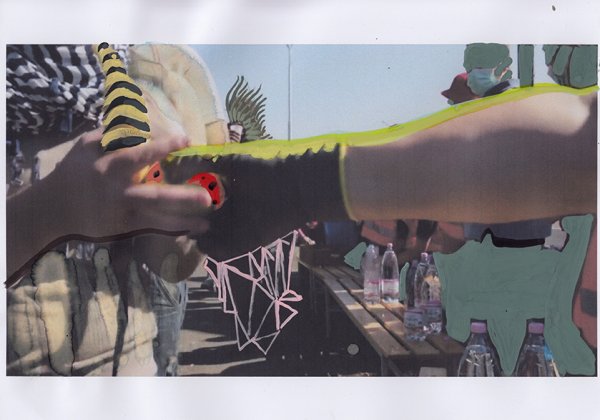