In 2007, Catalan culture was the guest of honour at the Frankfurt Book Fair. As part of the cultural activities organised for the occasion, a careful selection of works from the MACBA Collection was presented at the Frankfurter Kunstverein.

The exhibition looked at the period covered by the Museum's Collection, which spans from the 1950s up until the present. Based on the idea that any collection entails a form of authorship, given that it offers particular readings and paths through the «fictions» of history, the exhibition grappled with the following questions: What conditions allow institutions to enable cultural participation? How can museums contribute to the construction of political identities? How can the notion of aesthetics expand towards the social body?

On the occasion of the Frankfurt Book Fair 2007 with the Catalan Culture as guest of honour, the Frankfurter Kunstverein and the Museu d'Art Contemporani de Barcelona (MACBA) are proud to announce a joint curate exhibition of works from the MACBA collection.

The present exhibition represents an unusual experiment: An art society hosting the collection of a museum. The two institutions involved – MACBA, the Contemporary Art Museum of the city of Barcelona, and the Frankfurter Kunstverein – have very different scales and functions: An art society is an institution dedicated to a dialogue with the present in order to predict art's future, while the museum attends to define present history in a dialogue with the past. However, one mission is shared, namely the investigation of the forces that shape and limit the interplay of art and society.

"MACBA at Frankfurter Kunstverein" is a careful selection of works from the MACBA collection that shows how a diversity of works can approach questions existing at the core of a community. Questions, probed by the art works, such as: What is the nature of the agency necessary to make cultural participation possible? How can an entity, such as a collection of modern and contemporary art, engage in the construction of political identities? How is the notion of aesthetics to be extended towards the social body? A large number of the works presented at the Frankfurter Kunstverein are thus directly concerned with the notion of the collection as a resource to depart from in order to gain a voice. All the works in the exhibition ‘talk', but in order to talk they need to struggle, amongst each other and with disciplinary boundaries.

The exhibition features works from the entire period covered by the MACBA Collection from the 1950s to the present, beginning with the early avant-gardes and the advent of photography and film, such as the cinematic works of Pere Portabella. The works by Marcel Broodthaers, Öyvind Fahlström and others heralding the expansion of conceptual art explore models for understanding reality, the crisis regarding the artist's role and the debate on the nature of art.

The modern paradigm based on visuality was transformed in the 1970s, when artwork became a relational object. As a result, the "study-presentationcontemplation" triangle, which had been the classical model for representing the relationship between the museum and the public, was replaced by another: "event-activity-discussion".

This exhibition has been possible thanks to the Institut Ramon Llull

As part of Frankfurt Book Fair 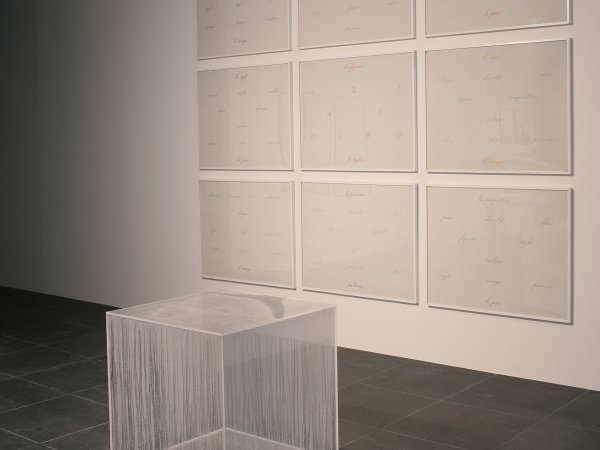 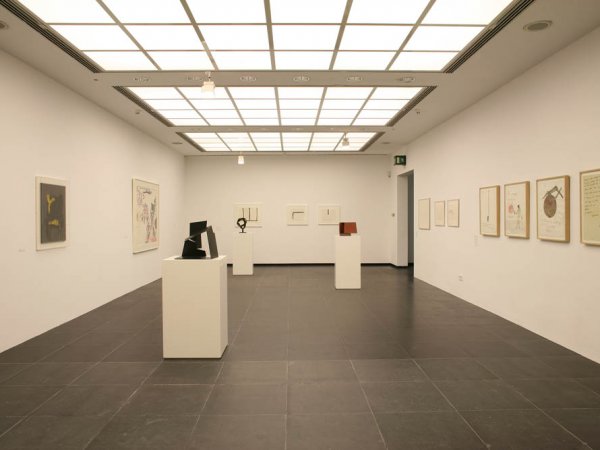 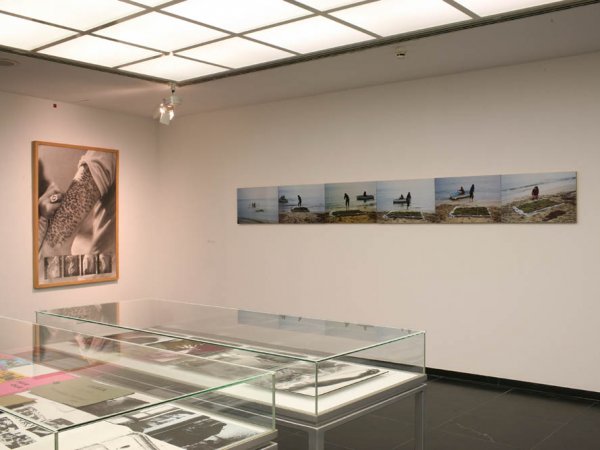 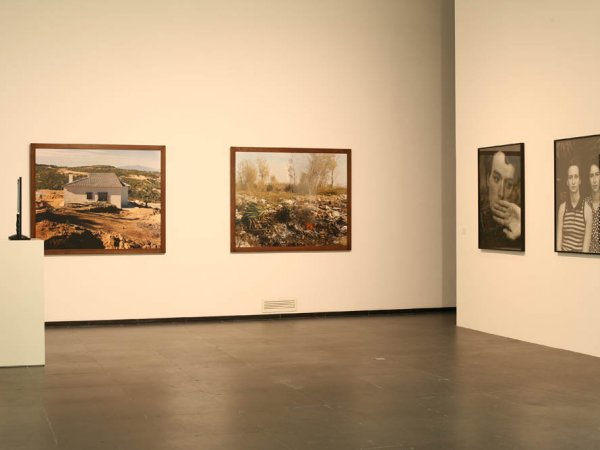 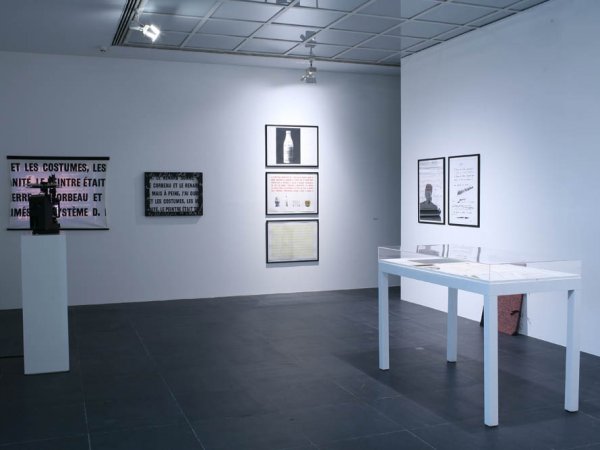 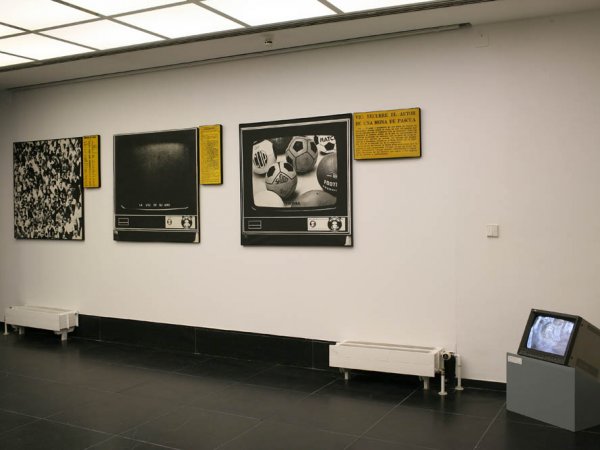 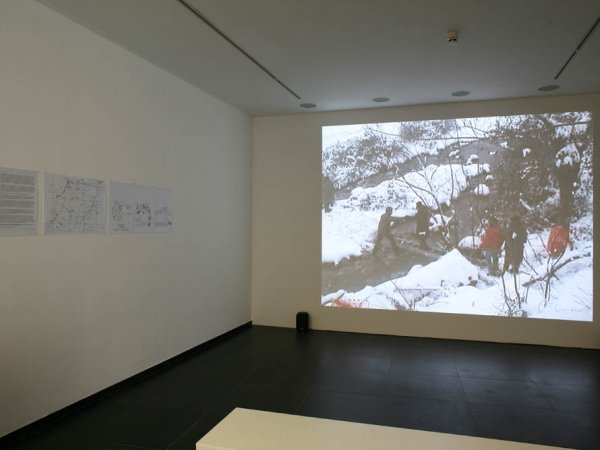 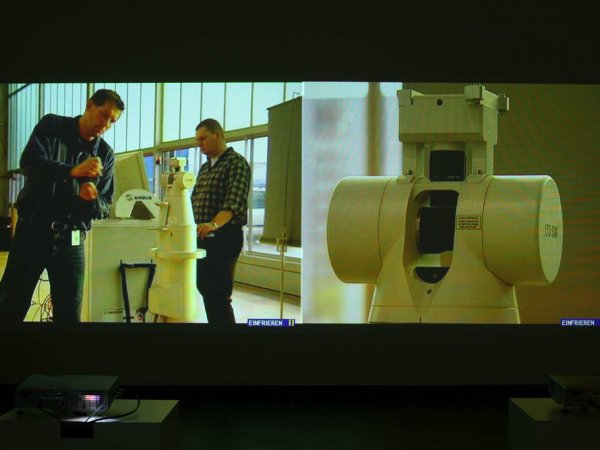 "The MACBA at the Franfurter Kunstverein" exhibition view, 2007