This showcase of works from the MACBA Collection offered a journey through some key moments of creative intensity in the second half of the twentieth century. And it did so by highlighting certain figures and trends that had not necessarily been prominent in official histories of art. Hans Hofmann and Alexander Calder opened the exhibition and served as links between the first European avant-gardes and the Informalism that emerged after World War II. The incorporation of reality into the pictorial and sculptural surface from the early sixties onwards was illustrated through the work of artists such as Albert Ràfols-Casamada, Antoni Tàpies, the new realists, Piero Manzoni and Marcel Broodthaers. These latter two then tied into the conceptual practices that began to arise in the sixties and seventies under the auspices of the new critical discourses that emerged in relation to May 1968. In this context, the exhibition presented works by artists such as Hans Haacke and the Catalan conceptualists.

As an example of the renewed interest in the image that came to the fore in the eighties, the exhibition looked at the photographic side and the emergence of the so-called tableaux. Pieces by Craigie Horsfield, Dan Graham, Jean-Marc Bustamante and Jeff Wall were displayed in this context.

This exhibition was presented on the 2nd floor and followed the chronological sequence of the museum’s holdings. It began with painting and projects by Hans Hofmann (The Chimbote Project) and mobiles by Alexander Calder, both of which are representative of early European Modernism, and then continued with works representative of European Informalism by Antoni Tàpies, Jean Dubuffet, Lucio Fontana, Manolo Millares, Antonio Saura and others.

The incorporation of various objects and materials into the surface of paintings, which began in the 1960s due to a renewed interest in reality, was exemplified by works by Albert Ràfols-Casamada, Josep Guinovart and Antoni Tàpies, like White Sand and Pullover (1970). The Nouveau Réalisme of Raymond Hains, the work of Twombly and the new approaches taken by artists like Marcel Broodthaers and Piero Manzoni represented one of the most profound transformations that the conception of artworks experienced in the 20th century.

Some of the characteristic concerns of Conceptualism could be seen in works by Hans Haacke, with transformations of the physical state of the matter, and in works by Catalan conceptual artists, which were imbued with political concerns resulting from Spain’s situation at the time they were created.

Representing a renewed interest in images arising in the 1980s, the photographic aspect was shown with the so-called “Tableaux”. Mention should be made of photographs by Craigie Horsfield, Dan Graham and Bustamante, and of works by Jeff Wall.

Two large installations took pride of place at two end spaces on the 2nd floor of the building. Space 2A housed the installation called On Subjectivity (1978) by Muntadas, with a profound reflection on the media’s power over society at the time and on how subjective components determine the way in which the most objective of realities is assumed. Space 2D housed the work by Eulàlia Valldosera called Containers: Mother Worship (1996), representing her own homage to the mother figure that has persisted over time and in many cultures. Both works had been newly acquired for the MACBA Collection. 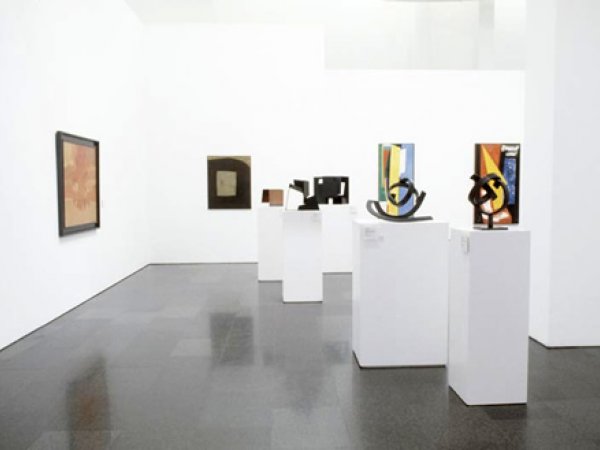 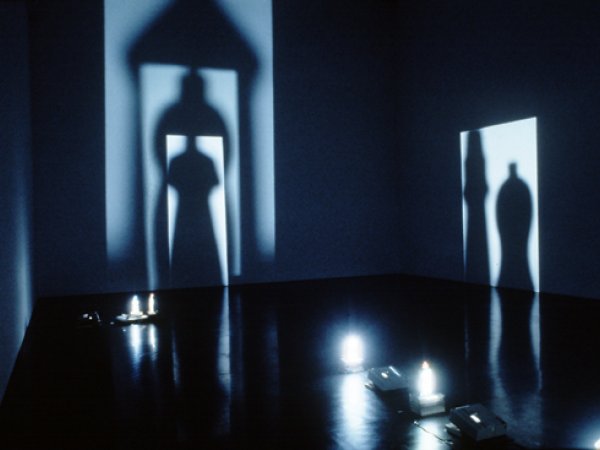