This selection offered a fresh look at the works in the MACBA Collection. Avoiding even the slightest hint of a historicist or chronological approach, the works were structured through a flow of playful, conceptual and sensory interconnections that revealed some of the Museum's key lines of research.

Joan Rabascall and Jack Goldstein provided echoes of pop art and its critical view of the society of the spectacle, and the utopian and subversive potentialities of play where suggested through works by Joaquin Torres García and Alexander Calder. Meanwhile, Öyvind Fahlström offered a bridge to the innovations of concrete poetry and music, while Marcel Duchamp played spiritual leader to the artists of Galería Cadaqués. Works by Juan Muñoz and Guillermo Kuitca showed the theatrical possibilities of the artistic object. Kuitca was one of the many Latin American neo-conceptualists that were represented in the exhibition, including Waltercio Caldas, José Antonio Hernández Díaz, Leonilson, Cildo Meireles and Gabriel Orozco.

The exhibition also explored the possibilities of drawing and the idea of the line, and the relationship between photography and the representation of urban space.

In the new presentation of the MACBA Collection, which includes works never exhibited before, the traditional linear criteria of chronological order has been deliberately substituted for an arrangement of a more flexible and fluid character. The juxtaposition in the same space of similar works and authors – by generation, by materials and formats, by discourses, by schools, by shared ideas or links of friendship between artists – or, on the contrary, of totally different, contradictory or even hostile artists, answers to a need to potentiate an itinerary free of the historicist discipline, by breaking away from it and inviting us to establish more complex, random, suggestive and free relations, and even to speculate with them.

A work by Joan Rabascall, Tout va bien (1972), opens the exhibition. The emphatic character of the message in capital letters by this artist is in sharp contrast with the uncertainty of what it proclaims: ironic ambiguity, but also a willing optimism. Rabascall, an artist living in Paris since the sixties and who had a solo exhibition at the MACBA in 2009, has developed a body of work inspired by the absurdity of official discourses, especially in the mass media, and conceived as a way of permanently answering to them.

The contemplation of Tout va bien is simultaneous with the audition of Den Svåra Resan (1954), a sound poem by Öyvind Fahlström. A pioneer artist in the field of concrete poetry – a movement from the fifties that renewed the parameters of the poetic form by proclaiming that the spatial and visual elements of a poem were as important as rhyme and rhythm –, Fahlström was greatly influenced by the concrete sounds and the harmonic arrangement of abstract notes in electronic music.

Next to Joan Rabascall we find Jack Goldstein's work, which captures the roar of a tornado, the clamour of a burning forest or the barking of a dog, while his record covers refer back to minimalism. Like his filmic images, the sounds he chooses are emphatic: "spectacular instants", he would call his later paintings. In his own words: "I'm interested in the gap between Minimalism and Pop art: in the object character and autonomy of Minimalism and the subject matter of our culture that is to be encountered in Pop art."

Five small works in wood by the Constructivist painter Joaquín Torres García, made between 1924 and 1935, take us into the field of toys. Torres García, an influential teacher for several generations of South American artists, is known for bringing order and logic to Constructivism through rules of composition such as the golden ratio and the inclusion of symbolic figures that represent man, knowledge, science and the city. These works are shown next to two paradigmatic mobiles by Alexander Calder made in the thirties, during the artist's stay in Barcelona. A member of the association Abstraction-Création since 1931, Calder wanted to create abstract works with movement. It was Marcel Duchamp who christened his first moving sculptures with the name "mobiles".

In the next room there are some works by Duchamp, together with works by artists from the sixties and seventies who, like him, would exhibit for the first time in Spain thanks to the Italian-Swiss architect and gallerist, Lanfranco Bombelli, in the Galeria Cadaqués, in the town of the same name. Attracted by Salvador Dalí's recommendations, Duchamp, the creator of readymades and rotoreliefs, which would give birth to Kinetic and Optical art, spent the last summers of his life in Cadaqués. A fellow summer visitor was Richard Hamilton, known in art history as the "father of Pop art" for his collage Just What Is It That Makes Today's Homes So Different, So Appealing? (1956), as well as for being a prolific draftsman, painter and printmaker.

The next room explores the theatrical possibilities of the artistic object. Most prominent in this context is the work by Juan Muñoz London Balcony (1987), one of his characteristic empty balconies hanging from a blind wall. With these works, together with his catalogue of architectural spaces and human figures, isolated or in groups, and creating disturbing scenes, Muñoz invites the viewer to imagine what might happen in them. The disquiet, the unknown, the existential and metaphysical reverberations that these works provoke, are also determined by their unusual and disproportionate size.

The work of this artist is accompanied by that of other artists of the same generation: Cildo Meireles's Inmensa (1982), a construction of tables of various sizes perfectly exemplifying his systems of junctions while acting as a set for his ideas of domesticity, hierarchy and power; Gabriel Orozco's Atomist: Offside 1996 (1996), one of his manipulations – or perversions – in offset of a newspaper image of a very popular sport in the United States, his country of adoption; and Guillermo Kuitca, whose Red Plan (1990), an empty floor plan, is presented here as another example of a theatrical space – living accommodation or prison labyrinth – that invites the viewer to imagine what may or may not happen in it.

Marcel Broodthaers and Kurt Schwitters established a relationship through Broodthaers' first film, La Clef de l'horloge (1957), filmed in the Museum of Fine Arts, Brussels, on the occasion of a Schwitters' exhibition, an artist for whom Broodthaers felt great affection and admiration. Other films by Broodthaers that can be seen in this presentation are La Pipe (1969), a cinematographic take on the famous painting by René Magritte, Ceci n'est pas une pipe, and Un film de Charles Baudelaire (1969), inspired by the great French poet.

The idea of the line and the possibilities of drawing, whether with thread, wire, cut paper or other materials, is expressed in the group of works presented in the next space: photographs by Ana Mendieta showing her ephemeral female sand sculptures; aggressive paintings by Jaume Xifra made with barbed wire next to delicate, ethereal forms by the Brazilian artist Waltercio Caldas or the 'drawings without paper' by Gego. Philip Guston and Pablo Palazuelo also share the space with Antoni Llena's cut-outs and a Fibonacci series by Mario Merz.

The importance of photography as an artistic tool typical of the twentieth century, and of the urban space as one of its favourite subjects, is expressed in the next room. Robert Frank's images of New York's fifties architecture is shown next to another perspective of New York, the documentary film by Helen Levitt, In the Street (1952), portraying human types and street life in Harlem in 1944–45, and to rare images of Barcelona by Manolo Laguillo bearing witness to the urban transition endured by the city in the period that spans from the beginning of democracy to the post-Olympics. Sharing this space are the meticulously constructed photographic fictions by the Canadian artist Jeff Wall and the colossal polyptych by Cristina Iglesias that uses the documentation of her own work as a sculptor as an interior labyrinth.

The last room is dedicated to the movements and artists of the first decades of the twentieth century who, by breaking away from tradition and becoming iconoclasts, helped to establish a climate of freedom where the artists in the previous rooms could work. Small formats by Paul Klee and Joan Miró, half way between figuration and abstraction; early works by Antoni Tàpies and Joan Ponç representing the impact of the oniric and magic worlds of the Surrealist movement that took root in Barcelona with the Dau al Set group and marked the beginnings of modern art in our cultural context. From Surrealism, and in reaction to it, other currents, such as Informalism and matter painting, evolved in the fifties. Tàpies represents the aching expressivity of matter art, while works by Lucio Fontana, Jean Dubuffet and Henri Michaux bear witness to the vitality of Informalism. Eduardo Chillida and Jorge Oteiza, sculptors of the void, of air framed in metal, close the exhibition. 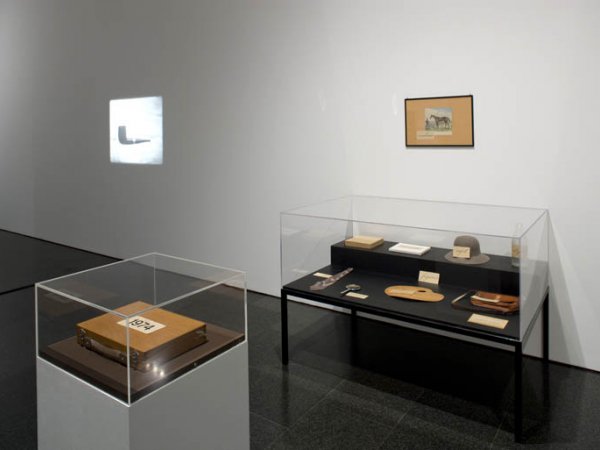 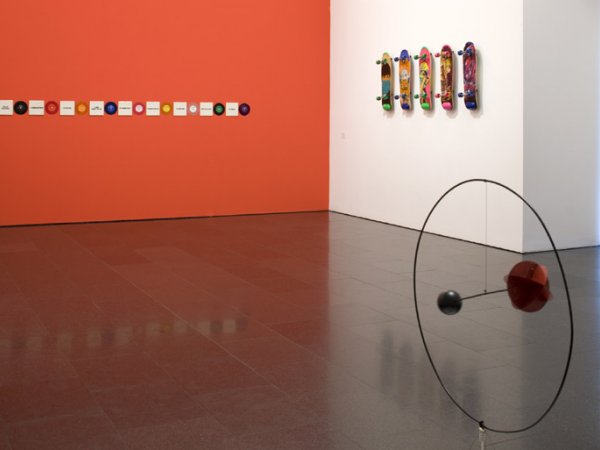