The Kingdom. A novel for a museum was a project conceived specifically for MACBA by Dora García (Valladolid, 1965). It was presented to the public in three different formats that were constantly interacting: a novel in which the author-narrator set out the guidelines for the events that would take place in the Museum and its surroundings for the duration of the project, a play-performance in which the daily routines of the Museum became the backdrop for a series of actions staged by actors, which followed (or didn’t) the plot of the novel, and a website "The Kingdom" that reflected all of these events in real time.

As some of the proclamations of the manifesto that accompanied the project said, “The Kingdom happens anywhere in the Museum, any time. The Kingdom also happens elsewhere. It is hard to track the spatial and temporal limits of The Kingdom.”

A work for internet by Dora García, produced for:
El Reino. Una Novela para un Museo (The Kingdom. A Novel for a Museum).

El Reino is the museum of the artist’s dreams, creating a series of suppositions so that situations which he has prophesied and desired can be verified. 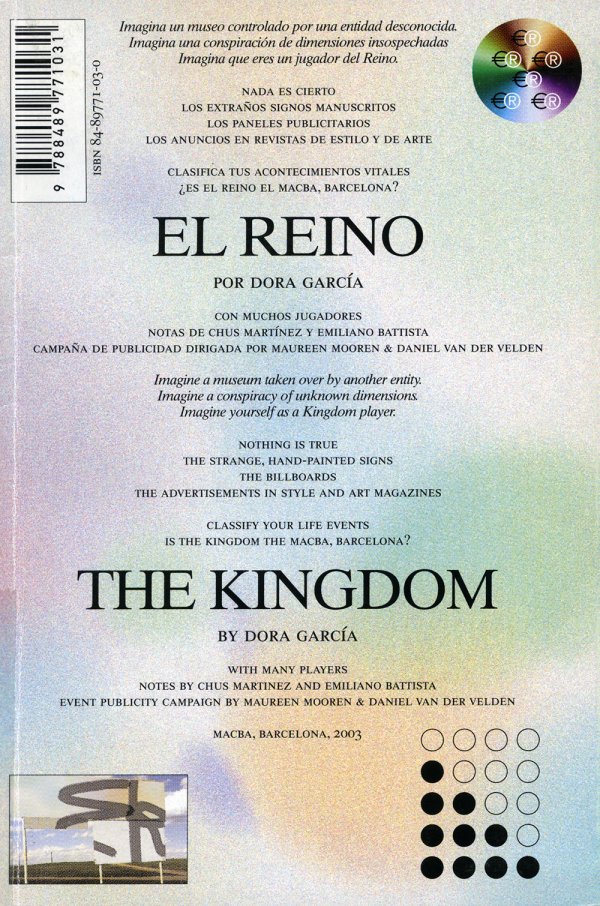