Between 1978 and 1979, Jo Spence (London, 1934-1992) produced Beyond the Family Album, a series of panels that intersperse autobiographic texts with personal photographs and press clippings. Through the reconstruction of the kind of traumatic events that are usually left out of family photos – deaths, divorces, conflicts, abuses and illnesses – Spence explores new approaches to her own image and that of the roles in which she projects in society. The work is a sharp critique of the traditional cultural myths of the family institution, and at the same time it defends the efficacy of popular photographic practices.

Spence was one of the key figures in the debates around photography, critique of representation and feminism that took place in the seventies and eighties. During this time, the work being produced around the processes of “representation” offered strategies for social struggle: simply exercising control over one’s own image could eventually lead to self-management of the means of production in a broader sense.

Spence is the author and model of her own works. Her pieces are in a continuous process of re-creation, based on the recycling of images and materials, and the revitalisation of popular genres.

This exhibition sets out to present an exhaustive journey around the work of Jo Spence, from the mid seventies until her death in 1992. It takes a broad approach to her work in order to reconstruct her process from political and educational concerns to the development of staging and phototherapy. The concept is biographical, since self-representation, including illness and death, is one of the main elements. The aim is to collect her work and set it in a global context through documents and other audiovisual material to avoid over-aestheticising an art which cannot be dissociated from its political content. The point is to show that the production of images is part of something wider which includes writing, education, debate, cooperation, political struggle, in short, the vicissitudes of life itself (like illness and death) when they are lived with the greatest possible degree of awareness and radicality.

Jo Spence (1934-1992) was a key figure on the English photographic scene from the mid seventies. After working as a professional photographer, she had her first exhibition in 1973, Children Photographed, in which she explored the way photography socially constructs images of childhood. In 1973, with Terry Dennett, she founded the Photography Workshop, an independent organisation devoted to education, research and publishing, which included an exhibition and resources space for photographic production. They were also co-editors of Photography/Politics One (1979). She studied with Victor Burgin at the Central London Polytechnic. Her works include Beyond the Family Album (1978-79), Remodelling Photo History (1982) and The Picture of Health (1982-1991). After 1982 she worked on innovative cooperative projects, using dramatised staging techniques inspired by the epic drama of Bertolt Brecht and the writings of Augusto Boal (Theatre of the Oppressed).

In 1984 she began her phototherapy experiments with Rosy Martin. She is the author of works for television such as Putting Ourselves in the Picture (1986), Tip of the Iceberg (1989) or Surviving Memories: A Sister and Brother Dialogue (1991). She suffered from cancer in her last years and her work focused on self-representation and the stereotypes of beauty and health through photography, a project that drew on minor photographic traditions (like working-class amateur photography from between the wars), the private uses of photography (the family album) and the popular culture of the printed media, and, in the sphere of theory, the ideas of feminism and post-structuralist left-wing thought in theories of representation. 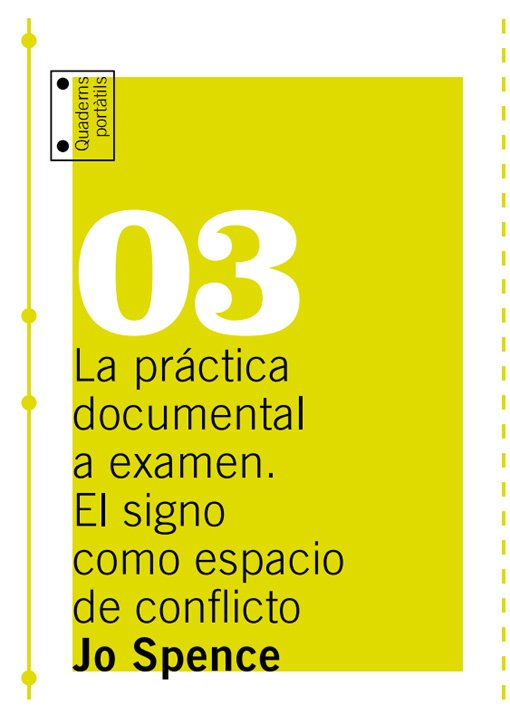