This exhibition was the first time that MACBA presented part of its Collection thematically in order to show the many potential readings that exist within a single artwork and the underlying aspects that can be used to organise them.  All the selected works could be traced back to Surrealism and Expressionism, but less in the sense of historical artistic movements than in their approach to the idea of the work of art.
They were works in which art and life merge into one, and contained many reflexive and self-referential elements. A sensibility towards the artist’s personal, private world – an element that characterises much of today’s art – revealed a shared interest in the thoughts and feelings of the subject.

The selected works reflected on fundamental human concepts such as birth, existence, life and death, and explored the nature of the artwork – through issues such as representation, reality and fiction – while inviting spectators to engage emotionally and question their own convictions.  Frederic Amat, Joseph Beuys, Christian Boltanski, Louise Bourgeois, Antony Gormley, Anish Kapoor, Eva Lootz, Juan Muñoz, Michelangelo Pistoletto, Joan Rom, Kiki Smith, Susana Solano, Jana Sterbak, Rosemarie Trockel, Jan Vercruysse and Bill Viola were some of the artists in the show.

The MACBA thematically presented part of the Collection for the very first time, the aim of which was to show the diversity of readings contained in a single work of art and the variety of angles from which it could be presented.

Introversions clearly showed that some works of art have a pulse, or heartbeat, which verges on the physical. They are works that evoke the beginning and end of life, bringing to mind its fleeting nature, its fragility and the passing of time. The works have Surrealism and Expressionism in common, not only as art movements but also as ways of approaching works of art.

Drawing on a wide range of resources, the works presented in this exhibition reflected on mortal concepts (birth, existence, life, death) or on art itself (issues of representation, fiction, reality, etc.). The intention was to make onlookers recognise themselves in them and question themselves as if being interrogated by them. One of the key aspects that the "Introversions" exhibition dealt with was whether or not there was a potential to create boundaries between life and art, communication or fictitious communication between the artist and the onlooker, forms of representation, presence and absence, and so on.

Frederic Amat, Tonet Amorós, Joseph Beuys, Christian Boltanski, Louise Bourgeois, Antony Gormley, Ramon Guillén-Balmes, Anish Kapoor, Eva Lootz, José Maldonado, Ángeles Marco, Pedro Mora, Reinhard Mucha, Juan Muñoz, Michelangelo Pistoletto, Juan Carlos Robles, Joan Rom, Kiki Smith, Susana Solano, Jana Sterbak, Rosemarie Trockel, Jan Vercruysse and Bill Viola were some of the artists whose works were shown at this exhibition. It was a show in which, paradoxically, the private nature of many of the works was offset by the power emanating from the groups of works that had been assembled for it. 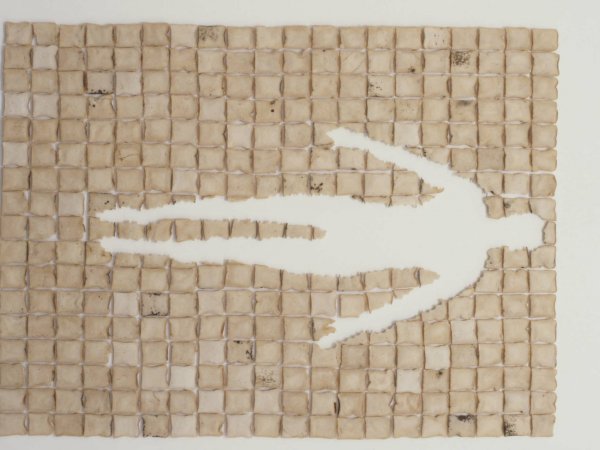