This exhibition, which coincided with the opening of the Museum and its first year of existence, was the first public presentation of a selection of works from the MACBA Collection. By then, the Collection already consisted of works from the holdings of the Government of Catalonia, the Barcelona City Council and the MACBA Foundation, which dated from the period spanning the second half of the twentieth century.

Even though the embryonic state the Collection did not allow for very strict classifications or categorisations, it was decided to prioritise a series of approaches that, broadly speaking, derived from Constructivism and Abstraction.
Works originating from the avant-gardes, in which line art and drawing prevailed, were shown on the ground floor. Alexander Calder, Paul Klee and Joan Miró were the protagonists of the first section, while Leandre Cristòfol and Moisès Villèlia represented the search for new materials and experimentation in art. Paintings by Antoni Clavé, Jean Dubuffet, Manolo Millares and Antoni Tàpies represented Informalism and Matter, as did works by Josep Guinovart and Robert Rauschenberg that had already started to include real objects within the canvas. Trends rooted in Constructivism were illustrated through the work of Jorge Oteiza, Ángel Bados’s boxes, Txomin Badiola’s and Pello Irazu’s constructions and Pablo Palazuelo’s paintings.
The second floor was set aside for sculptural works by emblematic artists from the late eighties who also represented what has been called “personal mythologies”, such as Joseph Beuys, Christian Boltanski and Anselm Kiefer. Three-dimensional works by other artists such as Eva Lootz, Emilio Martínez, Joan Rom and Susana Solano were linked with the more contained and introspective aspects of pictorial works by James Brown, Joaquim Chancho Victoria Civera, Günther Förg, Joan Hernández Pijuan, Albert Ràfols-Casamada and José María Sicilia, alongside other works by Miquel Barceló, José Manuel Broto, Miguel Ángel Campano and Juan Uslé, in which gesture and colour are paramount. 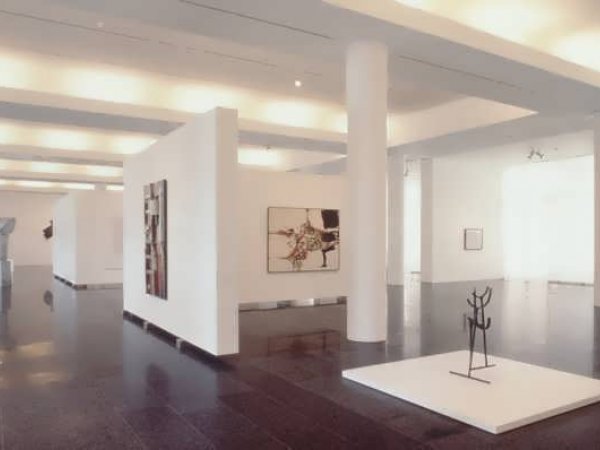 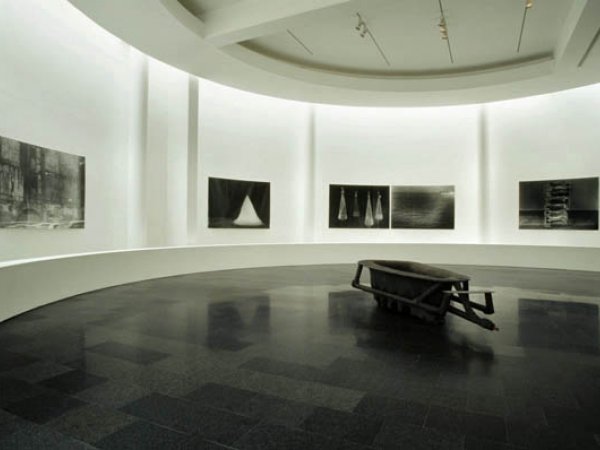 MACBA Collection, installation view
I believe an artwork should leave the viewer perplexed, make him reflect on the meaning of life
Antoni Tàpies