As Manuel Asensi pointed out in the catalogue of the exhibition Günter Brus. Nervous Stillness on the Horizon, in order to understand Brus’s work “it is necessary to take into account his obsession with frontiers: between art and the world, between the arts themselves (theatre, poetry, painting, situation, material writing, etc.), between interiors and exteriors (what is inside the body and what is outside it), between the animate and inanimate, between death and life”.

Along with Otto Muehl, Hermann Nitsch and Rudolf Schwarzkogler, Günter Brus (Ardning, Austria, 1938) was one of the leading exponents of Viennese actionism, a movement that shook Austria’s cultural scene in the mid-sixties by taking art into the field of action and using the human body as the chief artistic medium and material.

The MACBA exhibition was the first retrospective on the artist ever held in Spain, and presented over a hundred works produced between 1960 and 2002: the informal paintings of the early years, as well as drawings, artist’s books, painting-poems, designs for opera and theatre, and an extensive collection of material (photographs, films, drawings and texts) that documented the transgressive actions carried out by Brus between 1964 and 1970.

This exhibition, which will be the first Günter Brus retrospective in Spain, will cover the whole body of work of this Austrian artist from the sixties to the present. His heterogeneous career will be laid out chronologically, showing his development from his first paintings to his actions and post-actionist paintings. The route begins with the informal paintings of the early sixties (some of them were done during the time he spent in Mallorca in 1960) and will give pride of place to the revolutionary actions he began between 1964 and 1970. There will also be a section of drawings, paintings, artists’ books, “Bild-Dichtungen” (Poem-Paintings) and designs for the theatre done since 1971.

In the late fifties Brus produced a body of painting which was close to Abstract Expressionism. From 1964, he was connected with the Orgy Mystery Theatre (Hermann Nitsch and Otto Mühl) and began his individual actions in which ritual and social catharsis are the main aims. Here his body becomes the material and the means to denounce the social, political and religious taboos of Western society; they have been conserved in the shape of films and photographs. From the seventies his work turned to drawings with sinister and, in a way, neurotic subjects. The first series, in black and white, was followed by other colour series related to literary illustration, delicate and linked to symbolism, the aesthetics of cruelty, always with the body at the centre.

In the years he lived in Germany, in the first half of the seventies, he published the magazine Die Schastrommel (with the subtitle Organ der Österreichischen Exilregierung, organ of the Austrian government in exile). Among the contributors were the artists Dieter Roth, Gerhard Ruhm, Hermann Nitsch, Otto Mühl and Oswald Wiener. Since the eighties he has devoted most of his time to producing “Bild-Dichtungen” (Poem-Paintings), literature and designing theatre sets.

The exhibition will be presenting the outstanding particular features of Günter Brus’ work, which lie not only in the radicality and consistency of his actionist pieces but also in the complexity of expression and variety of imagination and thought that underlie his art. The path followed will lead from the gesturality of expression to the questioning of his existential and physical origins, and also speculates on the mental origins of creation and expression.

Curator Monika Faber and Günter Brus will discuss controversial aspects of his work and the 1960s German and Austrian artistic context, as well as his works’ condition of being in the margins of the Viennese Actionist circle.

Thursday, October 13 at 7:30 pm in the galleries. Pre-registration required. Space is limited. 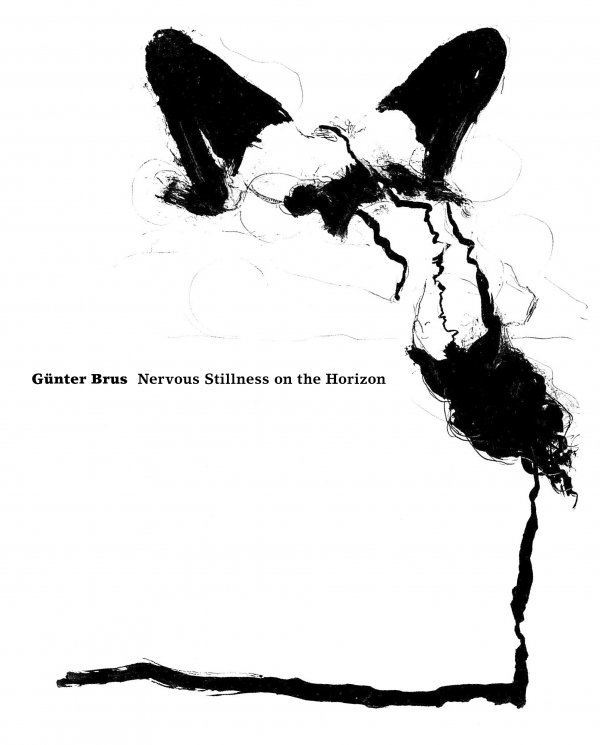