From a critical perspective, these artists reflected on the limits and the nature of artistic practice, while at the same time defending the social function of art. It should be noted that their political and ideological commitment took shape near the end of Franco’s dictatorship, when the regime stepped up its repressive measures in response to the demands for change and renewal that were coming both from the exterior – May 1968, the Prague Spring and the Carnation Revolution – and from Spain itself, where opposition was mostly organised around the Assemblea de Catalunya.

This exhibition included the seven projects by Grup de Treball that are part of the MACBA Collection, as well as an extensive collection of related documentation dealing with the group and its context. 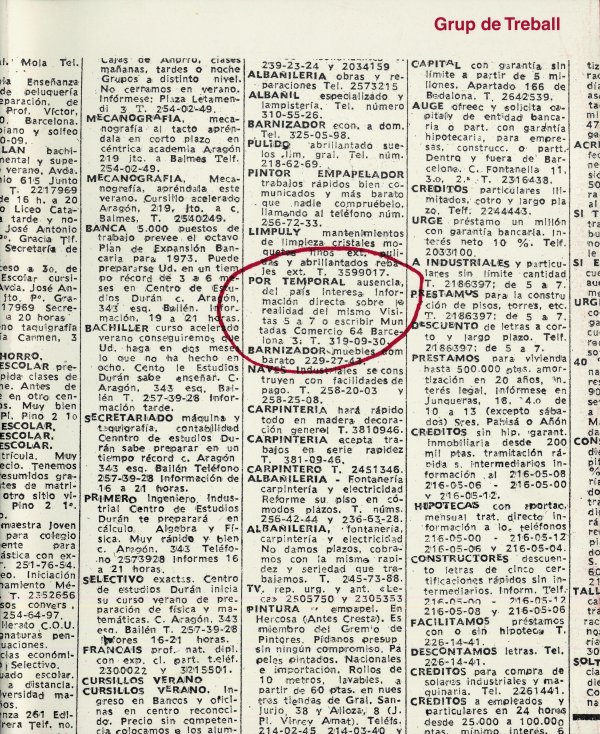 Exhibitions
Grup de treball
Antoni Mercader, Pilar Pracerisas, Valentín Roma
The artist has to face the unknown with a positive mood and sink his teeth in without fear.
Eduardo Chillida