Gil J Wolman. I am Immortal and Alive was the first monographic exhibition on French artist Gil J Wolman (Paris, 1929-1995) ever held in Spain. Wolman was a leading exponent of Lettrism, the creator of the film or film-sculpture without images L'Anticoncept (1951), inventor of notion of the megapneume and of Scotch Art and founder of the separatist artistic movement of which he was the sole member.

But in spite of all of this, "Wolman's passage through history was excessively discreet, as though he were an illegal immigrant of avant-garde art, a figure always present but never identified, a stowaway who emerged at the dawn of a century that he reached thanks to being immortal and always alive", write Bartomeu Marí and João Fernandes in the exhibition catalogue.

The exhibition brought together a total of 250 works, documents and publications – some of them exhibited for the first time – which looked back over Wolman's artistic career and also offered an illustrative overview of the Lettrist movement.

The French artist Gil J Wolman (1929–1995) was a pioneer in researching the intersection and alteration of visual and textual languages. This show, the first monographic exhibition of Wolman's work ever held in Spain, consists of about 250 works and documents, from L'Anticoncept (1951) to Voir de mémoire (1995). It includes the artist's most important and fertile pieces, some of them never before exhibited.
Wolman was an outstanding member of Lettrism, an artistic and intellectual movement that he joined early on. Created in the mid-1940s by the Rumanian-Parisian artist Isidore Isou, Lettrism was based on the early twentieth-century Dadaist and Futurists movements. It maintained that the expressive heights of all artistic languages (poetry, music, painting and so forth) had already been reached. A stagnant historical moment had arrived where anything produced by classic means, even by violating those means, was doomed to repetition or decadence. In order to initiate a new creative cycle, it was necessary, first and foremost, to go back to the beginnings, to deconstruct artistic languages. This meant a return to signs emptied of their semantic weight, that is, a return to letters.

As uninterpreted symbols and sounds, letters are the basic elements of poetic creation; they could be, indeed had to be, combined in new ways. Thus, Lettrist poetry was purely formal. New syntheses between writing and the visual arts were explored; in film, which Isou deemed an art ‘too rich, obese,' sound and image were separated or new meanings were given to works by other authors; in photography, images were painted on… Works of art or consumption by others were appropriated, grafted, mutilated, adulterated, undermined and given new contents, signs and meanings.

On the basis of this seminal, iconoclastic and revolution thesis, Isou, Wolman and their peers produced copiously. In 1952, the Lettrist International was founded, a splitter movement led by Guy Debord (whose Situationist Movement and book Society of the Spectacle would exercise great influence on the protest movements in the following decades) and Gil J Wolman. As is suggested by the quotes at the opening of this text, Debord and Wolman posited extending the Lettrist revolution to a criticism of social and political life, and to personal commitment with what they called ‘a sufficiently new way of living life itself'. After a few years, and for reasons never explained, Debord expelled Wolman from the movement.

Due to the number and quality of the works, documents and publications included in this exhibition, it is a sort of encyclopaedia of Lettrism. The exhibition consists of four parts. First, the film L'Anticoncept, made the same year (1951) as Isou's Traité de bave et d'éternité, with which it has a certain affinity. Whereas Isou's film in based on the Lettrist technique of ‘discrepant editing' in which sound and image are not aligned, L'Anticoncept is projected onto a weather balloon placed in front of the theatre's curtain, rather than on a traditional screen. The image comes on and off, with the black and the white alternating intermittently and with different rhythms, and the sound consists of poems, brief reflections and syncopated texts falsely sung. The film was banned by the French censors; its screening at the Cannes Film Festival the month after it was completed was only open to the press. Like Debord's 1952 film Hurlements en faveur de Sade (Howls for Sade), Wolman's film rejects iconographic narration and effects a strict application of Lettrist notions about film.

The second part of the exhibition focuses on the period when Wolman, Debord, Jean-Louis Brau and Serge Berna separated from Isou's group to form the Lettrist International (1952–57), a dress rehearsal, so to speak, for Guy Debord's Situationist International (1957–72). During those years, Wolman and Debord wrote the manual Mode d'emploi du détournement. Détournement (detour) is the Lettrist technique of altering and undermining the meaning of deliberately plagiarised material. Wolman put into practice the manual's instructions in the détournée novel entitled J'écris propre (1956). The novel predates by a few years both Brion Gysin and William Burroughs's first collaborative experiments with the Cut-Up method and Debord's Mémoires. In 1956, he participated – along with Asger Jorn and Pinot-Gallizio – in the First World Congress of Artists in Alba, Italy.

In 1959, Wolman resumed his research in the visual arts with Brau, after producing, in 1952, Un homme saoul en vaut deux (‘A drunk man is worth two'), a title that makes a pun on the French words seul (alone) and saoul (drunk), and his eight Métagraphies (1954). Later, Wolman was associated with other Lettrist expressions and exhibited his striking Lettrist paintings at the Galerie Weiller in 1961. In the next room are the ‘Scotch art' compositions (produced by means of a procedure that consists of tearing strips of printed paper and taping them to wood or canvas) that were shown at the Galerie Valérie Schmidt in 1964, 1966 and 1968.

In 1964, during a group show at the Galerie Stadler, Wolman once again broke with the Lettrists and, along with Brau and François Dufrêne, founded the almost virtual Second Lettrist International. Largely alone, in the following years (indeed, through the mid-1970s) he pursued his ‘Scotch art' pieces, working with major newspaper headlines, as well as the contents and images to which they referred, to present alternative discourses, undermining, violating or revealing the language, logic and discourse of the mass media.

The fourth and last section of the exhibition deals with the works related to the ‘separatist movement' that Wolman created in 1977; he was the movement's sole member. In search of simplicity (‘the more simple, the more beautiful,' he used to say), he limited himself to splitting objects in two, without greater aesthetic concerns.

In the 1980s and until his death in 1995, he resumed writing, publishing some twenty books including smaller editions at his Éditions Inconnues. He also shot about ten videos, some of which are presented in this exhibition: in 1981, Le Drame discret de Mitterrand (a back-and-forth between Buñuel's The Discreet Charm of the Bourgeoisie and the Socialist Party candidate's swearing in as president); in 1990, L'Anticoncept à New York, a hallucinatory critical revision of L'Anticoncept, filmed from the screen looking out at the audience. He partially covers with white canvas oil paintings bought at flea markets (Peintures fermées, 1989) or he conceals parts of those paintings (Peintures cachées, 1987). He also exhibited works that he later burned in order to exhibit the memory of the paintings in the form of frames empty except for the title… These are some of the techniques and creative resources used to reformulate the questions that had concerned him since the beginning of his career: the nature of the relation between the word and the image, on the one hand, and the world, on the other. 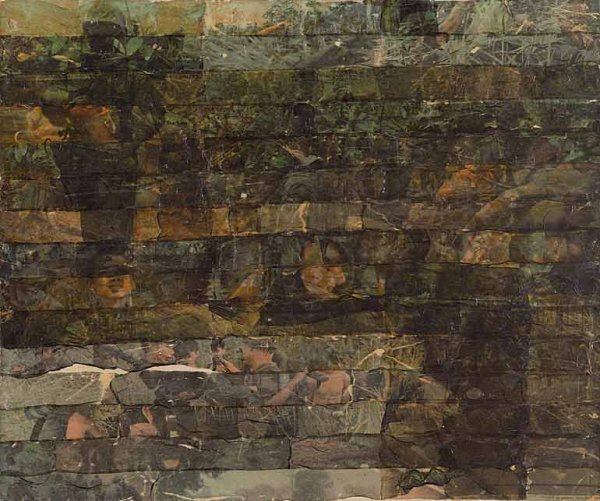 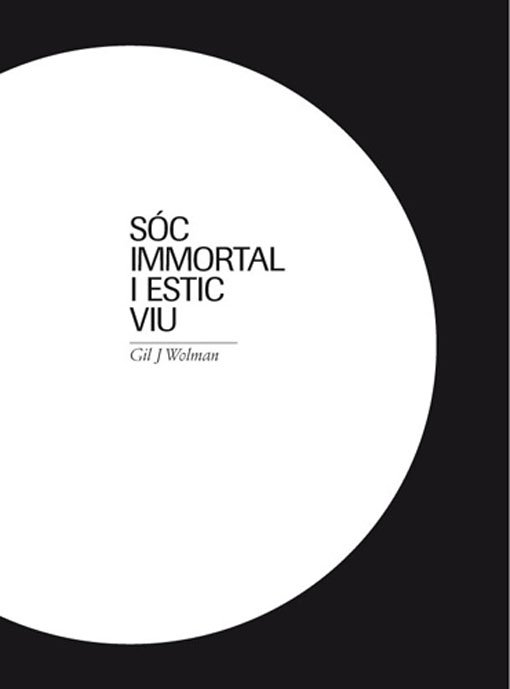