“Walking is not a medium, it’s an attitude. It favours inspiration, it is conducive to the development of ideas, and it is also highly accessible” said Francis Alÿs (Antwerp, Belgium, 1959) at the presentation of the exhibition on his work at MACBA in 2005.

In the purest tradition of Baudelaire’s stroller or flâneur, Alÿs uses walking as the chief tool in his creative process. His journeys through downtown Mexico City, where he has lived since the eighties, have given rise to innumerable reflections, encounters, anecdotes and confabulations that he has then transformed into artistic projects – many of them ephemeral – that are particularly illustrative of the anthropological, political and social contradictions inherent in the urban environment.

The exhibition Walking Distance from the Studio included a wide selection of works since 1995, including installations, videos, paintings, sculptures, drawings, photographs, slide projections and documentation.

Francis Alÿs (Belgium, 1959), who trained as an architect, has lived in Mexico City since the 1980s. His walks through the city, the conversations he has overheard, and the stories that come up as he wanders around make up the main source of his activity, which is based in urban contexts and uses walking as part of the creative process. His often ephemeral projects explore anthropological space, social reality and the politics of the megalopolis, through his telling of fables, stories and the random situations that he has seen or actually been involved in during his walks through he streets of Mexico City. What Alÿs gets from the city – from its immediate physical and human environment – are the contents and the materials for his drawings, paintings, videos, photographs and slides; all techniques and supports which he uses simultaneously.

The exhibition will bring together a selection of works inspired by his immediate social and urban environment, most specifically by the Zócalo, Mexico City’s main square, just a few metres from his studio.

“Mexico City forces you to constantly react to its reality, it demands that you reposition your presence all the time, that you re-centre yourself in relation to the unacceptable urban entity. This is exactly what I see happening in my barrio every day, with all these people reinventing themselves over and over again; people who feel the need one day to construct a personality, an identity, in order to find a place within this urban chaos. For example, in the Zócalo there’s a man of about forty who keeps an eye on the square while cleaning the gaps between the paving stones with a piece of wire with a hook at one end and a circle – for a handle – at the other. It’s his way of being there, of justifying his existence in that place. This is the kind of person that usually gives me my inspiration, my pretext – which is cruel and poetic at the same time – for a series of works.” 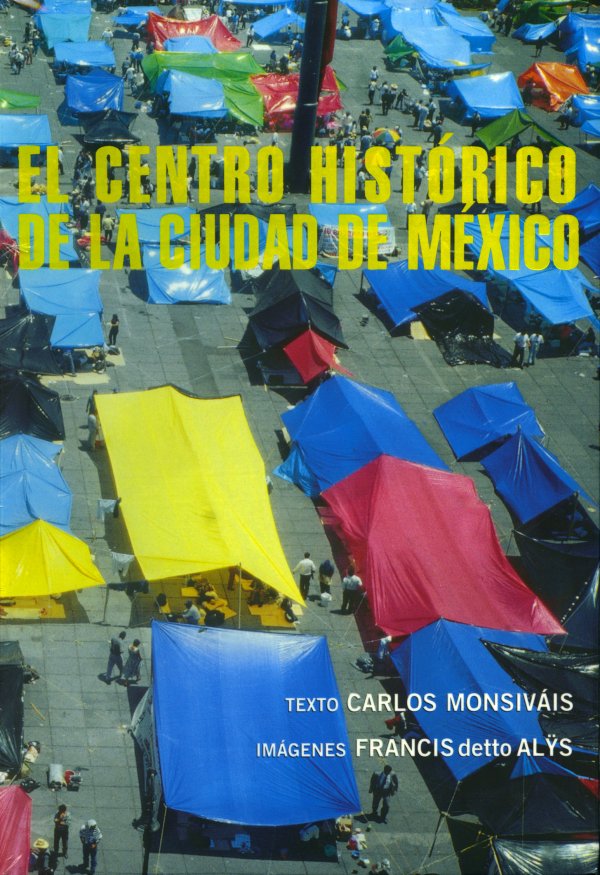