MACBA stages a major solo exhibition of the work of Felix Gonzalez-Torres (American, Born Cuba, 1957-died in Miami, 1996 due to complications arising from AIDS).

Felix Gonzalez-Torres: The Politics of Relation situates Gonzalez-Torres’ work within the postcolonial discourse and the connected histories between Spain and the Americas, especially as these impact present-day questions around memory, authority, freedom and national identity. A particular emphasis is placed on reading Gonzalez-Torres’s work in relation to Spanish, Latin American and Caribbean culture, not as a simple, singular biographical narrative, but rather as a way of complicating any essentialist reading of his work through any single idea, theme or identity. The show proposes various interpretations stemming from this line of investigation and also highlights the work’s formative influence on queer aesthetics.

Following the thinking of Martinican writer and philosopher Edouard Glissant, the exhibition emphasizes the idea of the necessity for opacity, rather than either total transparency or instant legibility. The conceptual openness of Gonzalez-Torres’ work parallels Glissant’s position through their shared emphasis on mutability, and through the dynamics as well as the poetics of relation, which could also encompass the politics of relation.

The exhibition is arranged in a series of four rooms focused on discrete sets of concerns that can be found in Gonzalez-Torres’ work. These themes are interrelated across the exhibition, and unfold through the works presence beyond the museum: together these sites constitute the five ‘chapters’ of the overall exhibition.

The first room presents a selection of works addressing the broad politics of Gonzalez-Torres’ practice as they relate to ideas of authority, judgment and memory. These works are linked through oblique references to authoritarian or establishment culture, to fascism and social conservatism, as well as to the repression of the gay community and homophobic attitudes that can also be connected to the Spanish context and an equivalent repression under, and persisting after, Franco. There is an immediate visual link through the colors red, black and white deployed within this first space.

The second room considers ideas of coupling, touching, doubling and sameness, at equilibrium, love and the dialogue between mutability and eternity in Gonzalez-Torres’ work. Gonzalez-Torres’ exemplary importance in providing a subtle and often intentionally cryptic language of queerness, one that foregrounds romanticism, and recasts the language of minimalism and conceptualism as vehicles for affective content, is one of his most important contributions to the canon. This, however, is also one of his most political gestures, given that he acknowledged that this would enable him to speak about homosexuality, specifically to address homosexual desire and love, while eluding far right conservatives and their efforts to censor such content.

The third room of the exhibition is organised around some of Gonzalez-Torres most existentially oriented works, which nonetheless have an underlying political content and powerful contemporary resonance. The room addresses themes of travel, emigration, exile, tourism and escape/freedom and foregrounds imagery of the beach, water and the sky, which function as expansive poetic metaphors within Gonzalez-Torres’ work. Moreover, the theme of travel encapsulates both what Nancy Spector calls a “nomadism of the mind” but also the theme of dispersal (of people but also the dispersal of physical components of the work). The works are all linked through their tonal range of white, blue and grey, and their relative lack of image content or focusing on overall pattern, enabling the visitor a space to reflect.

The final room within the exhibition examines and connects the ideas of patriotism, militarism, machismo and homoerotic desire. The nationhood of a people is also rooted in its monuments. As Spector has said “Monuments are historical records made manifest. Most often fixed entities, monolithic and static in theme, they denote for culture what its history and values are supposed to be.” Gonzalez-Torres’ complex engagement with the form and meaning of monuments is thus also a theme of this room and is also one of the aspects addressed by interventions within the public space.

In 1971, Gonzalez-Torres encountered Spain directly when he left Cuba for Madrid, prior to settling in Puerto Rico. He began his artistic training in Puerto Rico and eventually relocated to New York to continue his studies. From the perspective of the exile’s shifting identity, his work speaks of a complex and anti-essentialising identity politics, rejecting the simplistic categorisations that it is often subsumed into, one that allows for a way into his work in the different contexts of Spain and Latin America. Gonzalez-Torres’ subtle use of language, and his care in his construction of titles means that they become a kind of ‘Shibboleth’, their meaning shifts so that they become a password that indicates the identification or belonging within one group or another. Gonzalez-Torres, however, as an exile and immigrant who moved between worlds and identities carefully addresses in his work the complex encodings of a variable identity.

Thanks to: Co-rpus, La Escocesa

The exhibition continues in the Mies van der Rohe Pavilion*, the façade of L’Auditori de Barcelona, Rambla del Raval, and other spaces in and around the city.

* Admission to either institution allows free access to the other between March 26 and April 12 (ticket must be showed). 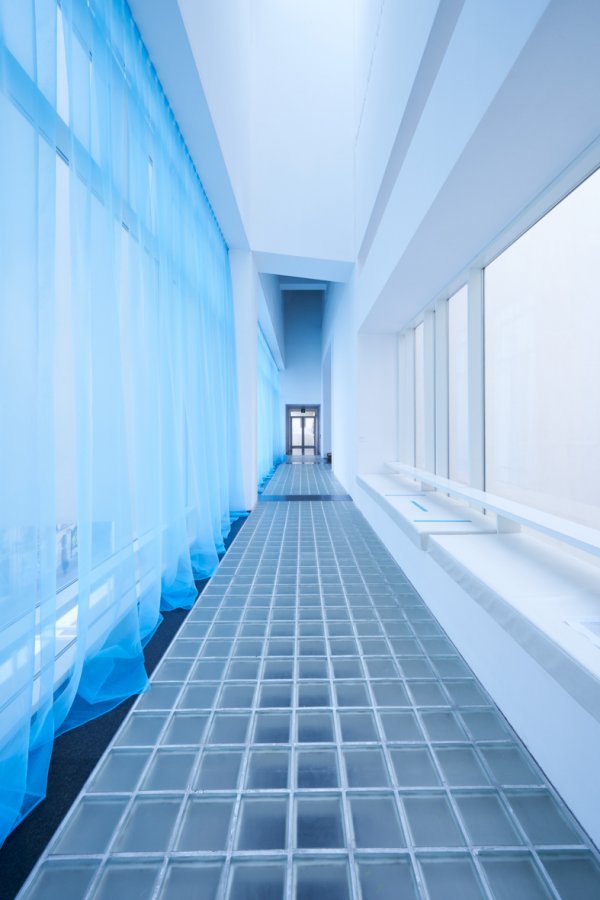 Every Sunday, until 12th September 2021
Guided tours to Felix Gonzalez-Torres: The Politics of Relation By Loli Acebal and Antonio Gagliano
Visits
Activity 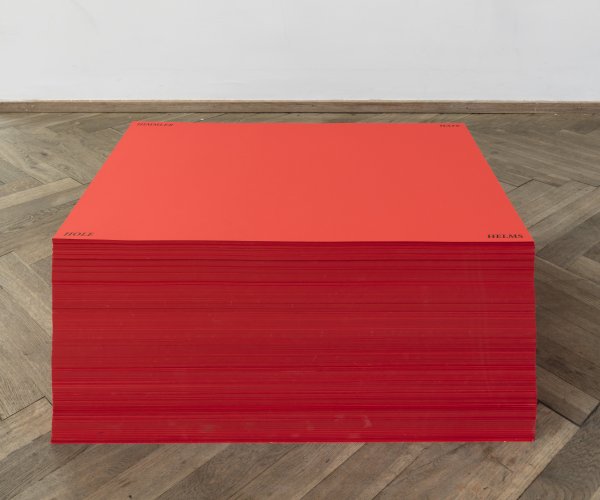 Thursday, 6th May 2021
Visit to "Felix Gonzalez-Torres: The Politics of Relation" 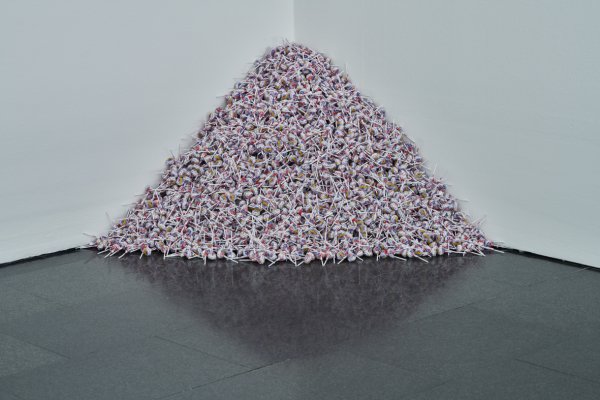 Friday, 21st May 2021
Visit to "Felix Gonzalez-Torres: The Politics of Relation"