Muntadas' work Between the Frames: The Forum (1983-1993) will be presented as part of the exhibition Volume. The artist defines the piece as follows: "An extensive vision of the artistic system of the 1980s". Between the Frames is a large installation, one highly representative of Muntadas' work, which forms part of the MACBA Collection. The project, which was completed over a ten-year period, reveals the artist's main concerns in his work during the 1980s: the relations between art and society; representation, interpretation and the values of art; and art's relations with the contemporary phenomena that are popular culture, the media and architecture. Between the Frames: The Forum clearly references the series On Translation, an open work that is still in progress.

The installation Between the Frames: The Forum is built around a series of interviews of artists, artist's agents and other mediators, and is divided into eight chapters: the dealers, the collectors, the galleries, the museums, the docents, the critics, the media, and an epilogue (the artists). Each section, which operates completely independently and, at the same time, as an integral part of the complete series, examines the roles of the different people and institutions that mediate between art and its audience. The (video) images operate as a metaphoric counterpoint to the (audio) commentaries that form the installation. The chapters are all similar in structure, as Muntadas intercuts the audio material from the interviews with different images. All begin with the following statement: "At as part of our time, culture and society, shares and is affected by rules, structures and tics, like other economic, political and social systems in our society". Between the Frames is a portrait of art in the 1980s. Many of those interviewed for the project have since died, imbuing the work with a clear historic status.

Muntadas designed a modular structure to present Between the Frames at the Wexner Center for the Arts, Ohio State University, in 1994. This architectural structure creates a physical space for discussion, a "forum" to hear the voices of the different personalities interviewed. That same year, the installation was also presented at the MoMA in New York and the CAPC Musée d'Art Contemporain in Bordeaux. Between the Frames was later shown at the Fundació Tàpies in Barcelona and the Witte de With Center for Contemporary Art in Rotterdam, amongst others.

Muntadas
Become a Friend
Share
Anne Bénichou: 'An Ecology of Artistic Work: the Project, the Experiment and the Context. An Interview with Muntadas' from the publication 'Between the Frames: The Forum' 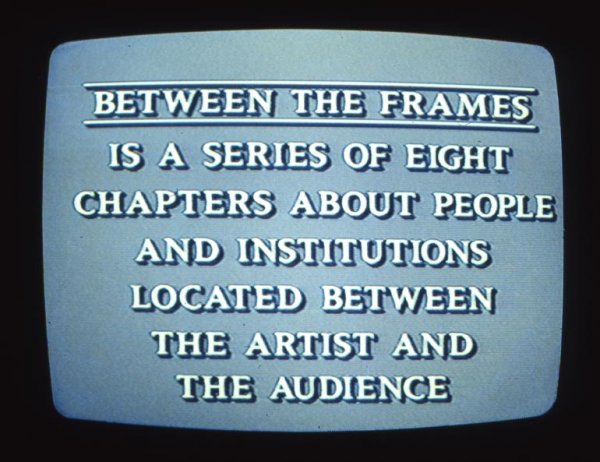 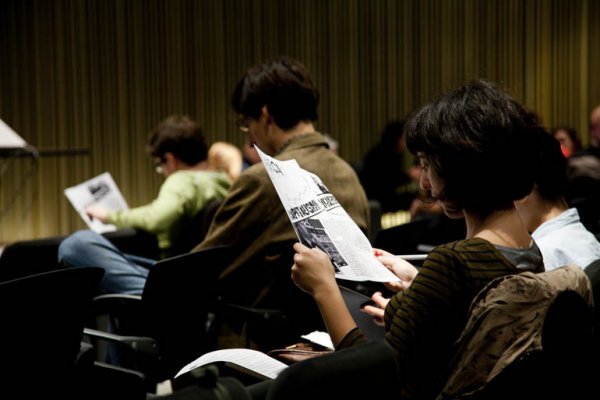 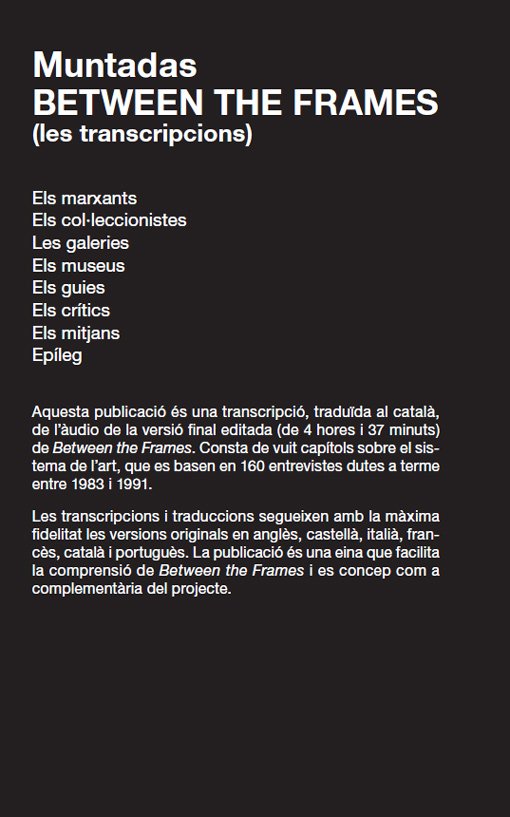 Exhibitions
Muntadas. Between the Frames (the transcriptions)
Muntadas
Publication 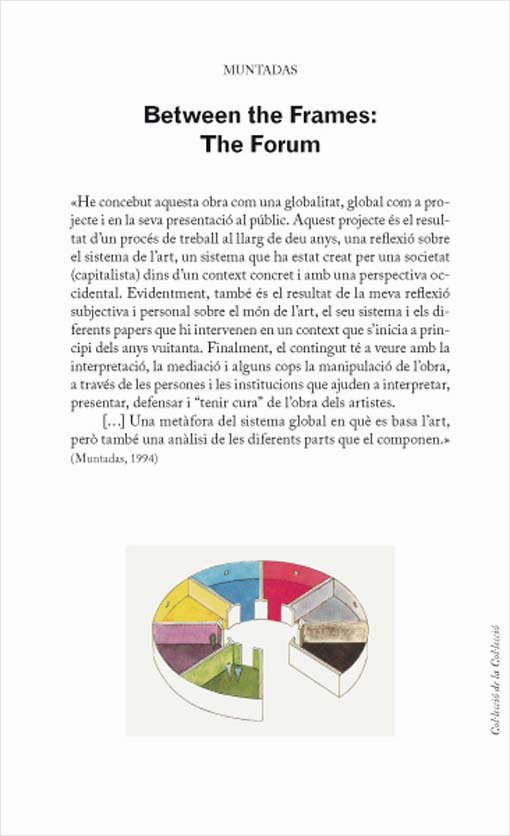