Without seeking to be a retrospective, the Cildo Meireles exhibition offers a survey of the work of the artist through his large-scale installations, drawings and objects created between 1967 and 2008. Cildo Meireles (Rio de Janeiro, 1948) is the inventor of an œuvre of extraordinary complexity, which has its roots in the confluence of the politics, philosophy and symbols of our time. The recent awarding of the 2008 Velázquez Visual Arts Prize to Meireles confirms the fascination and interest the work of this Brazilian artist awakens outside his own country.

The figure of Cildo Meireles is crucial to understanding the postwar Brazilian artistic avant-garde, since he forms a bridge between the Neo-concretism of the late 1950s and Brazilian conceptual art of the end of the 1960s. Neo-concretism, whose main representatives – Hélio Oiticica, Lygia Clark and Lygia Pape – are constant references in Meireles's work, rejects the extreme rationalism of geometric abstraction in order to create more sensory and participatory works that appeal not only to the mind but also to the body. The utopian optimism of the movement collapsed following the coup d'état of 1964, which gave way to a military dictatorial regime, and which marked a new generation of artists, including Cildo Meireles, whose work has greater political commitment, as a reflection of the historical context.

Meireles's œuvre could be defined as a poetic approach to the study of society, since he sets out to respond to questions relating to all kinds of social concerns: he examines the processes of communication, the figure of the spectator, the value of art and the legacies of history. The subject matter of his work extends from the expansion of capitalism in the international realm to the culture of the Brazilian Indians in the Amazon, and does not correspond to any hierarchy of materials or size. His works usually proceed from a concrete element that is developed in such a way that the real, the symbolic and imaginary are brought into balance with one another.

Meireles's first works took the form of drawings. Thus, in his series Espaços virtuais: Cantos (Virtual Spaces: Corners, 1968), Volumes virtuais (Virtual Volumes, 1968–69) and Ocupações (Occupations, 1968–69), Meireles investigates the possibilities of Euclidian geometrical space, using three planes to define a figure in space. This is an abstract concept that he will try and express in the series of sculptures called Cantos (Corners, 1967–68), which functions according to the same principle and in which, through life-size models, he reconstructs typical domestic corners.

Mutações geográficas (Geographical Mutations, 1969) is a series of works that analyzes the immense territory of Brazil and the nature of geographical frontiers. At the same time it refers to Cildo Meireles's childhood and to his family's constant journeying through the vast Brazilian region on account of his father's work for the Indian Protection Service. The series Arte física (Physical Art, 1969) is based on collages that offer proposals for potential actions relating to geographical and topological space, actions that in many cases never took place.

At the end of the 1960s Meireles began working on the concept of Condensations, small objects that demonstrate how the symbolic power of an artwork has nothing to do with its size. A paradigmatic example of these is Cruzeiro do Sul (Southern Cross 1969–70), in which a tiny cube of oak and pine, woods sacred to the Indians, becomes an emblem of the modern condition. Notwithstanding its smallness, it is a work which lays the foundations of many of the themes Meireles will develop during his career, since it involves a first approach to the spatial dimension in terms of scale; at the same time it is a critique of the Eurocentric conception of history and a reflection on the need for myths, positing a dialogue between the West and the traditions of the native peoples, in turn critical and unresolved.

In Árvore do dinheiro (Money Tree, 1969) Meireles analyzes the paradox of symbolic value versus the real value of things: a wad of a hundred one-cruceiro notes, which he presents as an artwork on a pedestal, was put on sale at a price twenty times greater than this amount. In this way he questions the differences between real, symbolic and exchange value. In order to go further into this analysis of value, from 1974 to 1978 he ventured onto the terrain of artistic falsification and produced, as a parody, Zero cruzeiro (Zero Cruceiros) and Zero centavo (Zero Centavos), reducing the value of money to nothing. He also replaced the illustrious figures who usually decorate banknotes with two individuals who are theoretically on the fringes of Brazilian society: an inmate of a psychiatric hospital in Trinidad and a Kraô Indian. En Zero dollar (Zero Dollars, 1978–84) and Zero cent (Zero Cents, 1978–84), he delves into the meaning of the monetary, by understanding foreign currency as an iconic representation of a country. In these works money becomes a paradigm of the relationship between matter and symbol, since it can be both things at once.

The callousness of the military dictatorship at the beginning of the 1970s was to result in a further radicalization of the political content in Meireles's œuvre. This moment is marked by the Inserções em circuitos ideológicos (Insertions into Ideological Circuits, 1970), which relate to the idea of exchange and are based on an investigation of the social mechanisms that articulate the circulation of consumer goods and information. His best-known work in this series is the Projeto Coca-Cola (Coca-Cola Project), in which Meireles printed messages like "Yankees Go Home" on bottles of this soft drink and then put them back into circulation.

The Malhas da liberdade (Meshes of Freedom, 1976–77) began as a doodle: Meireles drew a line and then another one that crossed it until forming a reticulated pattern. If there are no formal limits, the reticulated pattern can grow indefinitely until creating an increasingly disordered system of bifurcations, divisions and duplications, according to the principle defined by mathematician Mitchell Feigenbaum in his studies of chaos theory. By means of a metal mesh, a material associated with restrictive devices, Malhas da liberdade transforms this irregular system into the possibility to free oneself from the coercion and repression of life under military dictatorship.

Cildo Meireles has shown on various occasions that space possesses "physical, geometrical, historical, psychological, topological and anthropological" connotations and that these constitute the central core of his work. This is reflected in one of his most emblematic works, Eureka/Blindhotland (1970–75), in which he analyzes the relationship between knowledge and perception, mental construction and sensory experience. In this sculpture various elements are combined: a soundtrack, newspaper ads and spheres of the same size but with different weights. The surprise is that weight and volume do not correspond; this is an invitation to play and to the participation of the spectator.

Excess and accumulation are present in Missão/Missões (Como construir catedrais) (Mission/Missions [How to Build Cathedrals], 1987), in which Meireles returns to the idea of the religious colonization of Brazil and attempts to quantify the human cost of evangelization and its connection with the exploitation of the riches of the colonies. Also seen in Através (Through, 1983–89/2007) is a labyrinth of grilles and meshes in which the floor is made up of broken glass and where the public is invited to confront its fears and its inherited or imposed beliefs. In Meireles's maze access is both permitted and denied: the gaze may penetrate what the body may not pass through.

As an antithesis to excess we encounter extreme reduction, one of whose most intense forms is the monochrome, utilized at the beginning of the twentieth century as an element in the search for "pure art," which Meireles endows with symbolism and non-artistic connotations. Thus, extreme accumulation and reduction characterize Desvio para o vermelho (Red Shift, 1967–84), an installation in three parts in which the color red acts as a structuring element, causing our perception of the world to be transformed and to lose its visual logic.

Sound is another of the elements Cildo Meireles uses to create spaces. In Babel (2001), an enormous tower of radios, relating to the biblical story of the Tower of Babel, posits people's inability to communicate as a cause of all mankind's conflicts. Due to the essentially time-based nature of a medium like radio, no two experiences in this work are ever the same.

Meireles's work is defined by the search for new meanings through confrontation, the exploration of limits in the realms of the aesthetic, perception, science and the economy. This is a body of work which in its ceaseless quest reflects upon its own place in art and seeks to be a trace, vestige or residue of an activity, that of an artist aware that memory is the only possibility of permanence remaining to an œuvre. 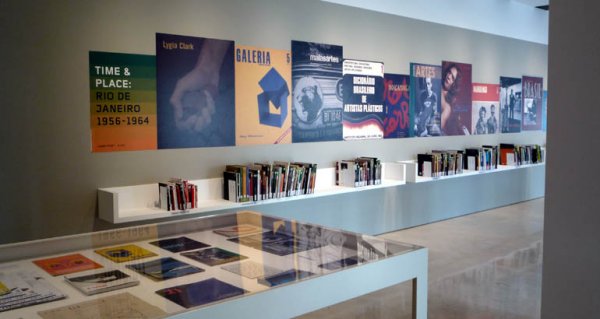 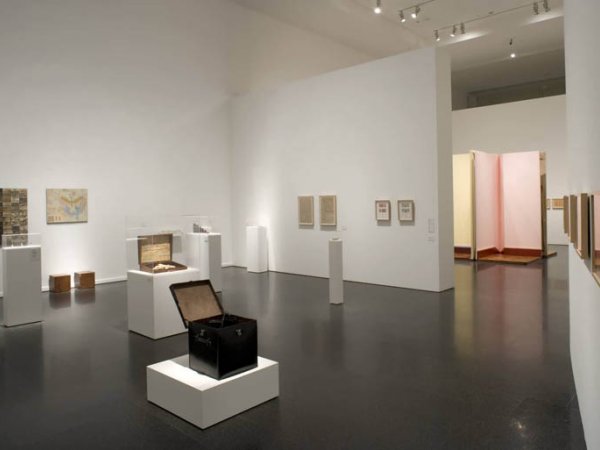 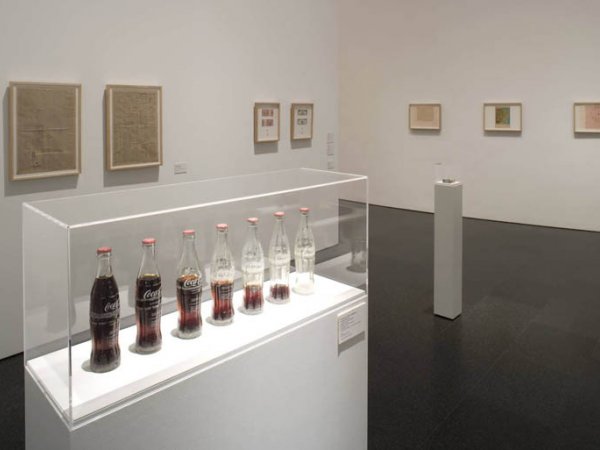 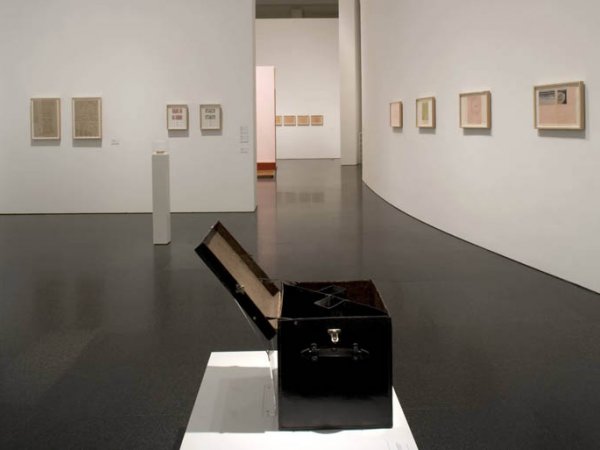 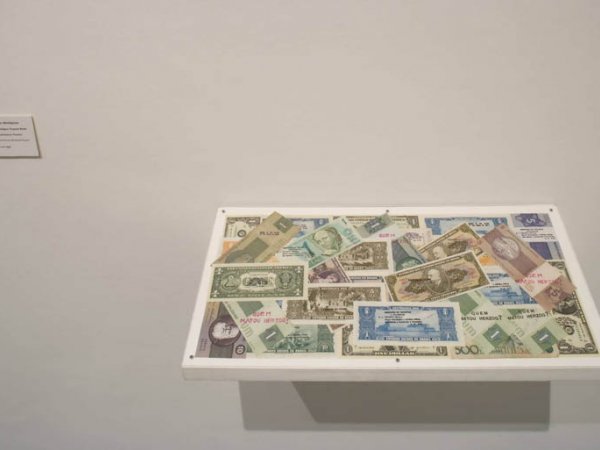 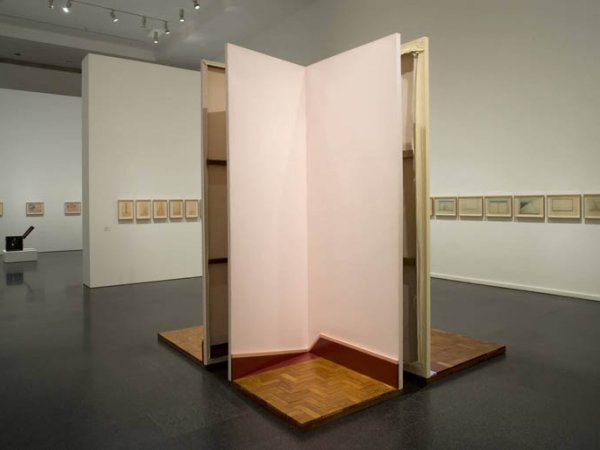 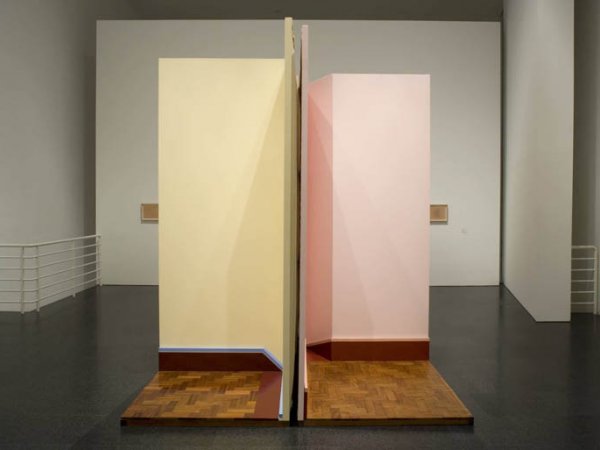 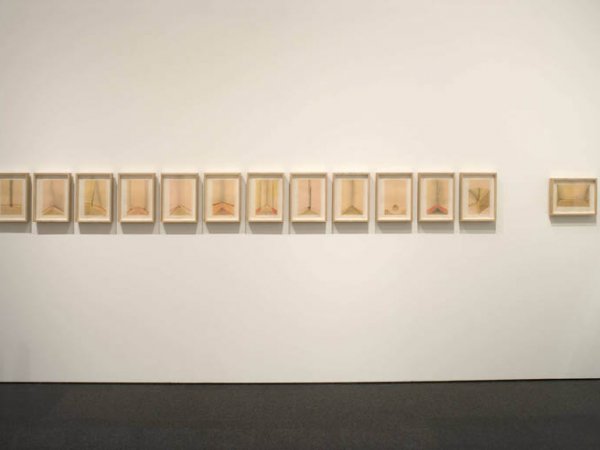 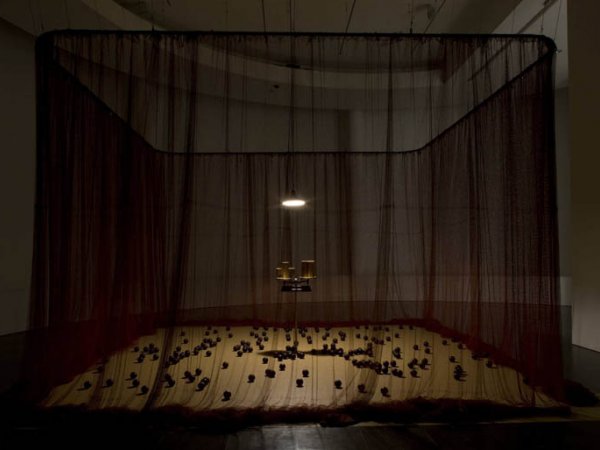 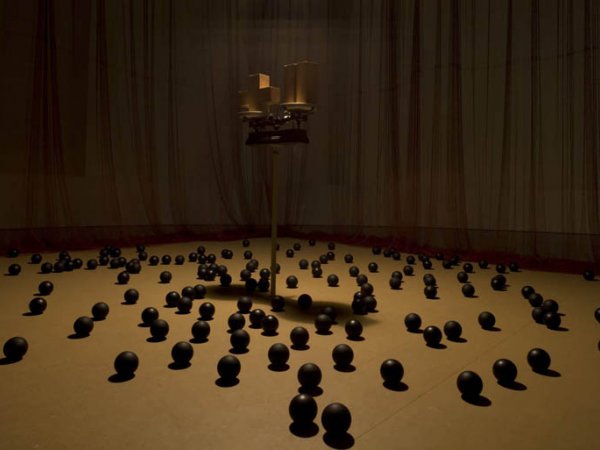 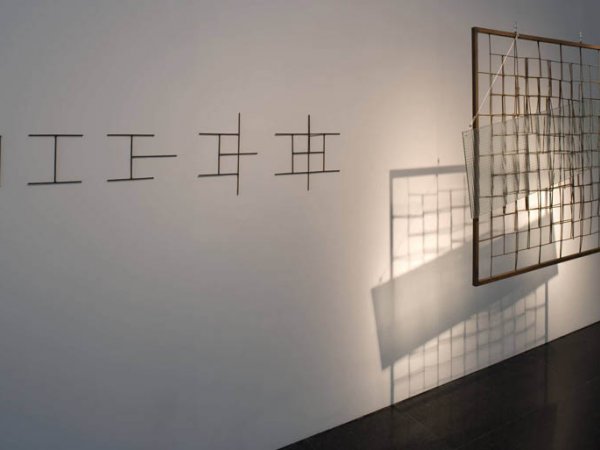 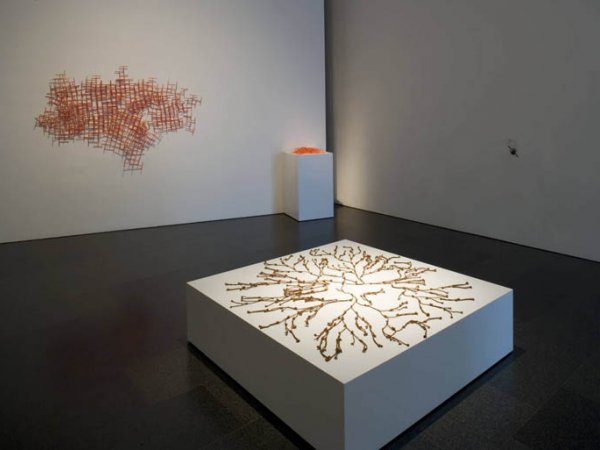 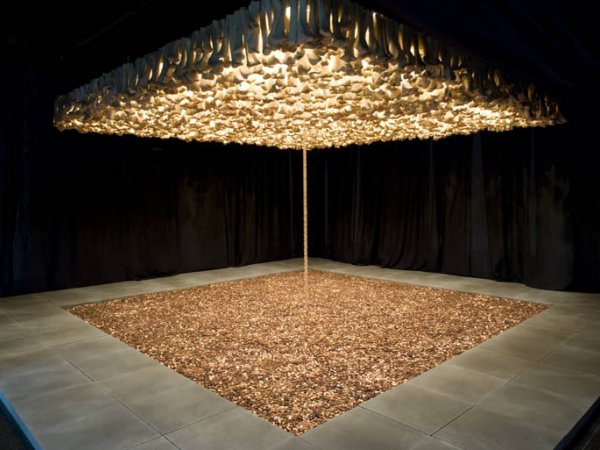 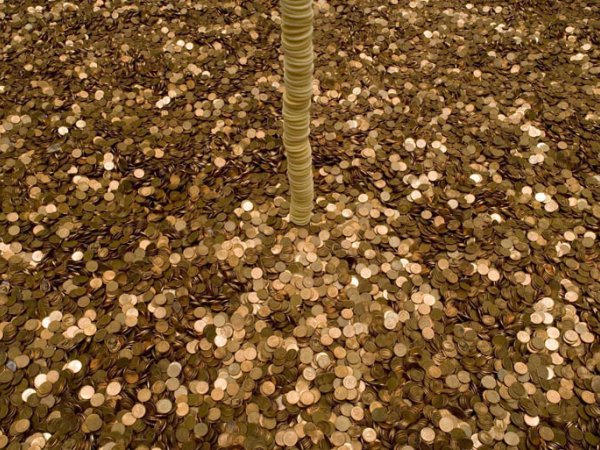 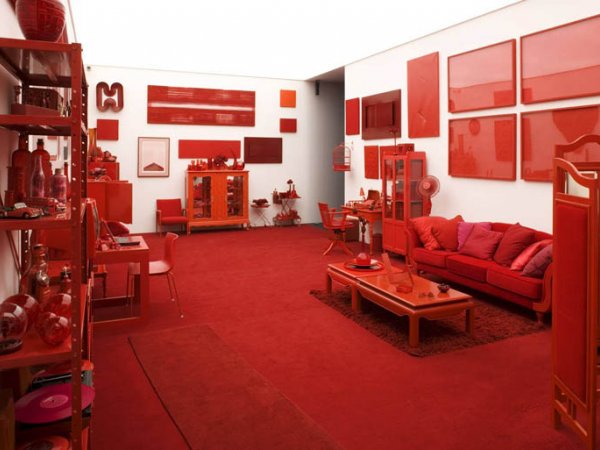 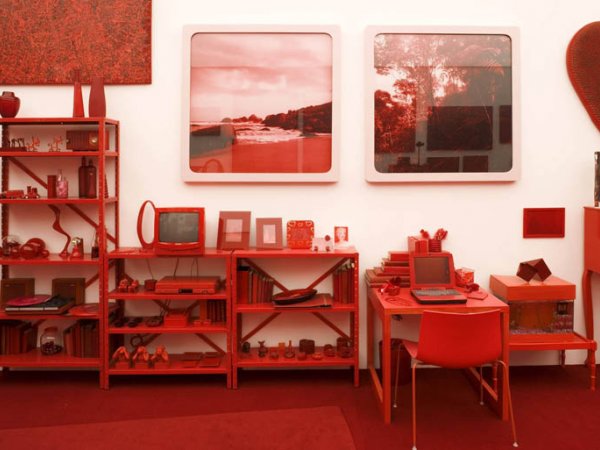 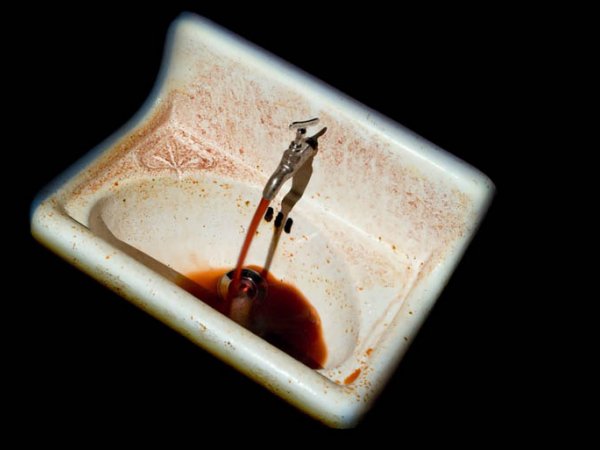 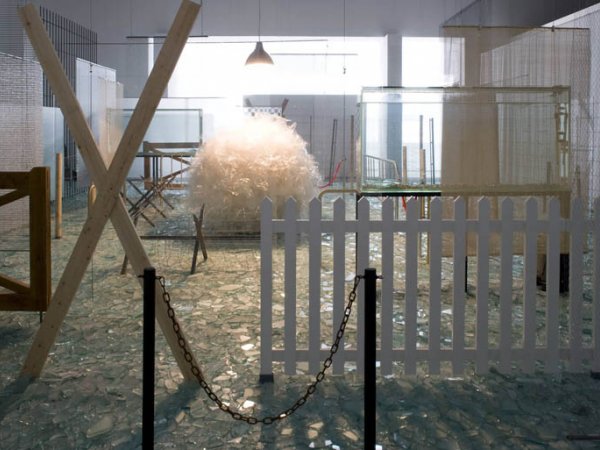 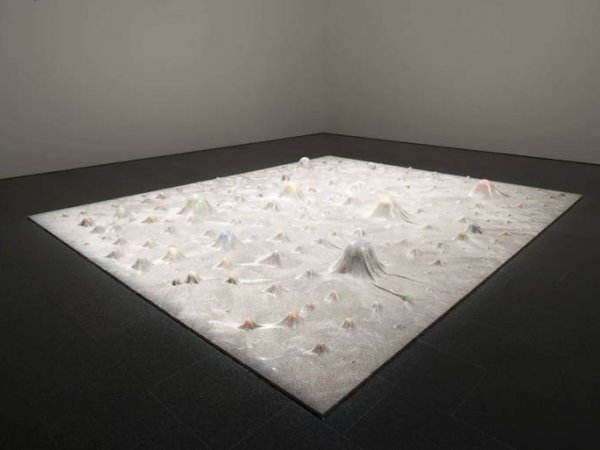 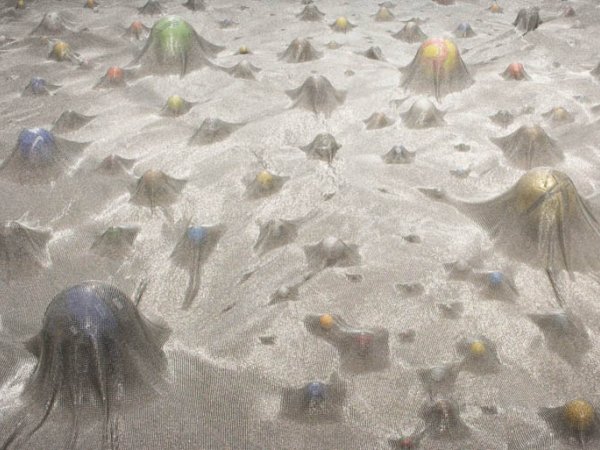 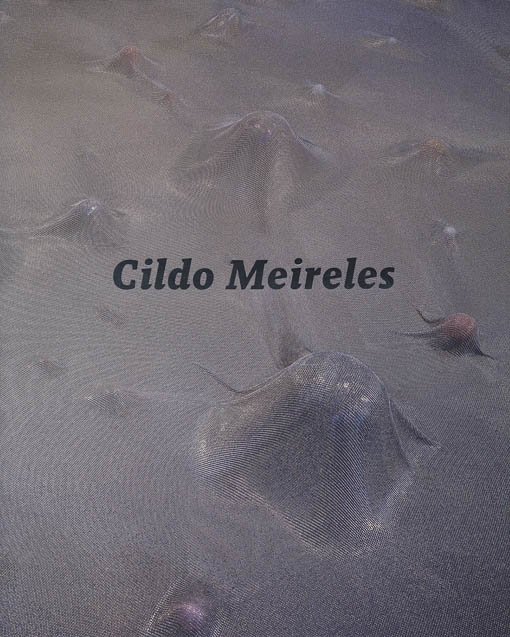 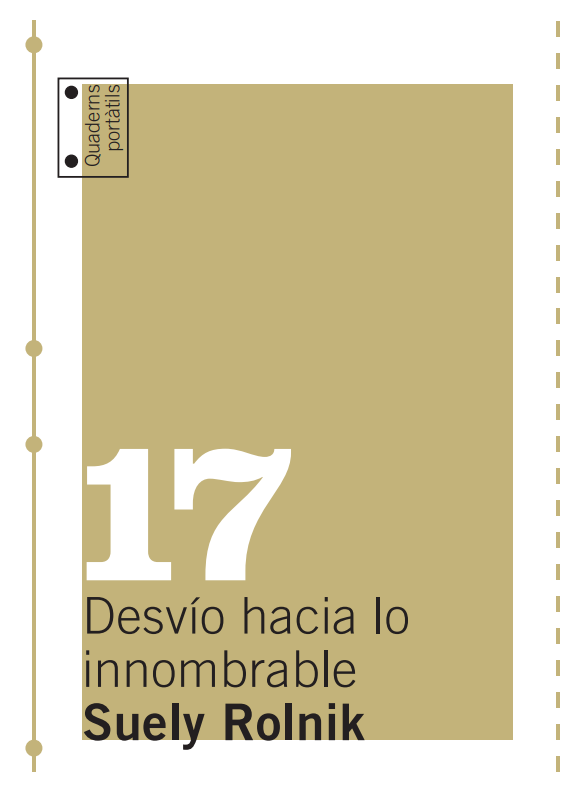