“Live fast, die young and leave a beautiful corpse,” John Dereck says to Allene Roberts in Nicholas Ray’s film Knock on Any Door (1949). The same phrase could also be applied to Blinky Palermo (Leipzig, Germany, 1943 – Kurumba, Maldives, 1977), an artist whose intense life, premature death, and profound contributions to the expansion of the pictorial field in the sixties and seventies made him a cult figure in the art world, although for years he remained unknown to the public at large.

The exhibition at MACBA was the first retrospective on Palermo ever held in Spain. It brought together around 150 works produced between 1964 and 1977, including paintings, drawings, “painted objects”, Stoffbilder (fabric paintings), Metalbilder (metal paintings), sketches and documentation of his mural paintings, as well as a reconstruction of Himmelsrichtungen, an installation that was originally presented at the 1976 Venice Biennale.


Palermo explores the potential of Neo-Plasticism, Constructivism and Suprematism, and opens them up towards a new architectural conception of the pictorial space, which subverts the relationships and boundaries between the artwork, the spectator and his or her perception.


It was Joseph Beuys, his teacher at the Düsseldorf Kunstakademie, who described Blinky Palermo as an “anarchist beatnik”, and apparently urged him to seek out new perspectives with his question: “Can’t you see differently?”

The exhibition, which includes a hundred or so works by Blinky Palermo, is the first retrospective of his career to be put on in Spain. The selection includes works done between 1964 and 1977, such as the paintings, engravings and ‘painted objects' he began to produce in 1964, the Stoffbilder or ‘textile paintings' done between 1966 and 1972, or the series of Metallbilder —metal paintings— created in the last three years of his life.

The exhibition also shows sketches and materials from his projects for mural paintings and has reconstructed his installation for the 1976 Venice Biennale specially for the occasion. 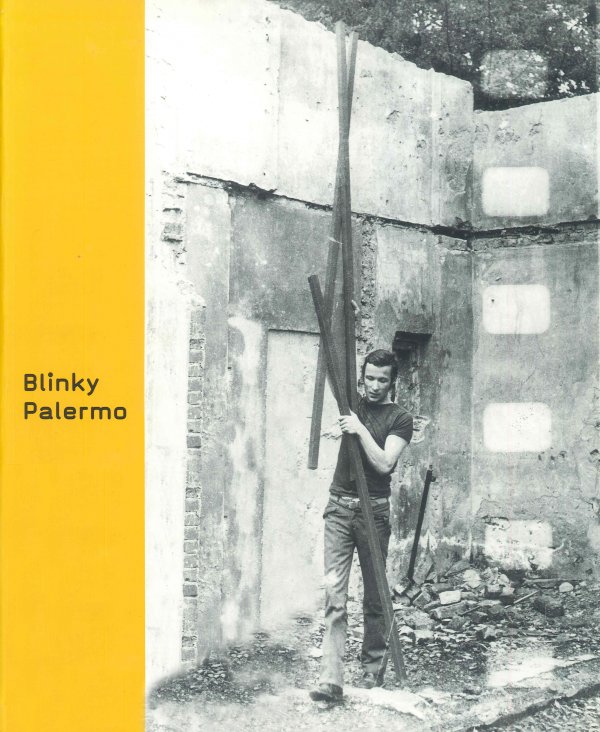