In 1949, Life Magazine named Jackson Pollock the year's most important living painter. And before long, the artist from Wyoming had become a mass culture icon, and his work – along with that of his fellow abstract expressionists – had become the quintessential symbol of the liberal values of the American way of life. Efforts were also made to export these values throughout the Western world as a paradigm of cultural identity opposed to the propaganda of the Soviet bloc.

As Serge Guilbaut wrote: «As this period was crucial to national reconstruction and social re-organization in France as well as in the US, artistic production became a key site for ideological debates during the Cold War, and since the Bomb was unusable, art and culture in general became the weapons of choice.»

Be-Bomb: the Transatlantic War of Images and all that Jazz. 1946-1956 brought together an enormous number of artworks, films, magazines and other documents that illustrated and reinterpreted the intense cultural dialogue that took place between Europe (in this case, France and Spain) and the United States.

This exhibition analyses the dialogue between different spheres of post-war political and cultural life in the United States and France, documenting a particular period between 1946 and 1956 and encompassing from the euphoria of the liberation and reconstruction following the Second World War to the shadows and fear of the Cold War. The display sets out to compare and contrast the art produced in France and the USA during those years, in which New York replaced Paris as the nerve center of modern art. The aim is to understand how and why some works were successful and became media icons while others were never even seen, let alone discussed. These icons, however, did not receive the same recognition on both sides of the Atlantic. After the victory of Abstract Expressionism, American critics with Clement Greenberg at their head spurned the French art of the period, considering it weak and irrelevant. Confronted by the overwhelming presence of the victorious Abstract Expressionism movement, the French art scene in its fragmented wealth seemed incapable of projecting a single voice or direction for the future, as Paris had always done in the past.

The exhibition, organized along strict chronological lines, intends to introduce different levels of discourse into the discussion: films, newspapers, fashion, archives and interviews that will be confronted with the artworks. The selection includes pieces by such well-known classic avant-garde painters as Pablo Picasso, Fernand Léger, Wassily Kandinsky and Henri Matisse–who held great sway in the development of post-war art–and also shows artists rarely exhibited in Spain, such as Jean Dewasne and Édouard Pignon, both linked to the French communist party. The central core of the display will be developed around the works of such essential artists as Jackson Pollock, Robert Motherwell, Willem de Kooning, Mark Rothko, Arshile Gorky, Wols, Henri Michaux, Bram van Velde, Nicolas de Staël, Pierre Soulages and Hans Hartung, together with those of other relevant artists who were important at the time but have since been forgotten by the wider public. In fact, one of the proposals of the exhibition is to demonstrate the historical significance of different propositions that have been exiled from the linear history of the art canon. Among these may be found certain movements, such as revolutionary Surrealism and Indian Space Painting, along with a large number of artists who, precisely now, are beginning to be rediscovered, including Giuseppe Capogrossi, Howard Daum, Alfred Manessier and Steve Wheeler, as well as Maria-Helena Vieira da Silva, Gertrude Barrer, Irene Rice Pereira, Claire Falkenstein, and the Afro-American painters Romare Bearden and Byron Brown, and many others.

The exhibition begins on the second floor by showing the situation in France following the Second World War. The rapid deterioration of relations between the United States and the USSR soon dampened the thrill of victory. France had to confront both physical destruction and shame following four years of collaboration, as well as the traumatic revelation of the horrors that took place in the Nazi concentration camps. But the end of war brought with it various attempts to define a new modern vocabulary that would be capable of representing a different sensitivity, distanced from the traditional realism of fascism. Many artists, like Jean Fautrier, Arshile Gorky, Pablo Picasso, Henri Michaux and Robert Motherwell, tried to address the impact of the Liberation on the individuals who still found themselves under the influence of memories of wartime horrors. The new French government also needed to be reborn and to situate itself once again in the international scene, which it did through Picasso, a hero of the Resistance who moved to Antibes to produce an anarchic, sensual work that transmitted a certain joie de vivre and provided a boost to fashion, the archetypal image of France, as reflected by Jean Cocteau in his Théâtre de la Mode, and later on, through Christian Dior's New Look.

The first exchanges between French and American artists took place in 1946, organized independently of each country's internal debates and a rather incipient avant-garde. That same year, the United States took center stage in one of the most decisive events of the post war, the atomic explosions on Bikini Atoll. Fear of communism and the bomb defined everyday life in the US, and artists tried to manifest the deep anguish that permeated American culture through abstraction and primitivism. From the institutional point of view, winning the war and occupying the center space hitherto assigned to Paris represented the United States assuming leadership of the West in its confrontation with the USSR. On the other hand, the ideological battle in Paris was at its height: André Fougeron, a communist painter, presented work abounding in social realism and Picasso's peace dove campaign was counteracted by the US Department of State. It was in this context that a few galleries such as the Maeght in Paris and that of Samuel Kootz in New York initiated the first exchanges between the two countries. Bebop and cool were the new styles of jazz that Boris Vian introduced and defended in Paris, and they became a sarcastic censure of American racism. Meanwhile, Paris also witnessed the introduction of a form of automatism derived from Surrealism and originating in Montreal, which placed emphasis on the importance of freedom of expression against any kind of dogma.

Some of the most classic works of this period both in New York and Paris were produced around 1948. The abstract gestures that defined each city obviously involved vastly different realities. If, in New York, artists aspired with evident optimism to rebuilding modernism from scratch (the vitality of Jackson Pollock, sublimity of Barnett Newman and existential power of Willem de Kooning), in Paris they set out to reassert the freedom of the individual and experimentation with the self, as shown in the work by Pierre Soulages and Hans Hartung.

The exhibition route continues on the first floor, in the opposite direction, chronologically encompassing the late forties to the end of the fifties. At this time, the large United States presence in France went some way to offsetting existing anti-Americanism. The critic Michel Tapié and painter Georges Mathieu began introducing the American avant-garde by organizing exhibitions. At the same time a number of private avant-garde galleries (Galerie Arnaud and the Galerie 8) presented the work of American artists resident in Paris, as well as the production of what was then known as the Pacific
School (Mark Tobey, Sam Francis and Claire Falkenstein, among others), in opposition to New York. Trapped between the United States and the Soviet Union during the Cold War, Paris became the battlefield in which an intense contest of images would take place.

A photographic gallery contrasts two topics, the idyllic, pastoral vision of French life as seen by the American eye of photographer Paul Strand, and the representation of the French perspective in which nightlife and modern music predominate, as interpreted by Juliette Gréco and Miles Davis.

Abstraction became the predominant style on the art scene around 1956, whether in the form of Abstract Expressionism or action painting in the United States, or in the abstraction lyrique, art informel and art autre of France. Despite the formal similarities, however, greater interest lies in differentiating the materialist projects of the essentialists and their different modern focuses, as well as in understanding the affinities that exist between artists who worked in different countries and tried to express a similar historical evolution.

In this sense, Spain has not been a stranger to the debate. Three cultural events–the 1st Hispano-American Biennial in 1951, the abstract art course-exhibition in Santander in 1953 and the Venice Biennale of 1958–show how abstraction reappears in Spain after the war, and how its discourse was adapted to comply with the requirements of the Franco regime. The first biennial represented a timid opening on the part of the State to abstract tendencies, the Santander course implied that art critics and the artistic intelligentsia accepted and assumed them, while the Venice Biennale brought their successful international launch. This space contains a huge number of selected documents from the period, together with works by such artists as Esteban Vicente, José Guerrero, Antoni Tàpies, Manuel Millares, Antonio Saura and Luis Feito.

The exhibition finishes with the end of a decade, the fifties, in which a model based on progress and individuality was exhausted. It was paramount for that entire generation of artists to speak of man confronted by the void, war, bombs and an uncertain future, and they did so through the refraction of modern artistic practice, despite the fact that this intensity was being progressively eroded by the society of abundance. This feeling of loss that permeated many artworks of the time is reflected at the end of the exhibition, especially in the hall that compares and contrasts the work of Jackson Pollock, Bram van Velde and Alberto Giacometti. The following decade would point in new directions, as shown in the art of Yves Klein and Piero Manzoni, and even in a film entitled Hiroshima Mon Amour, in which silence and black-and-white images–but also violence and irony–mark the end of a utopia.

It's the bomb! The Cold War in Animated Film
Cinema and video
Activity

Be-Bomb: the Transatlantic War of Images and all that Jazz
Cinema and video
Activity 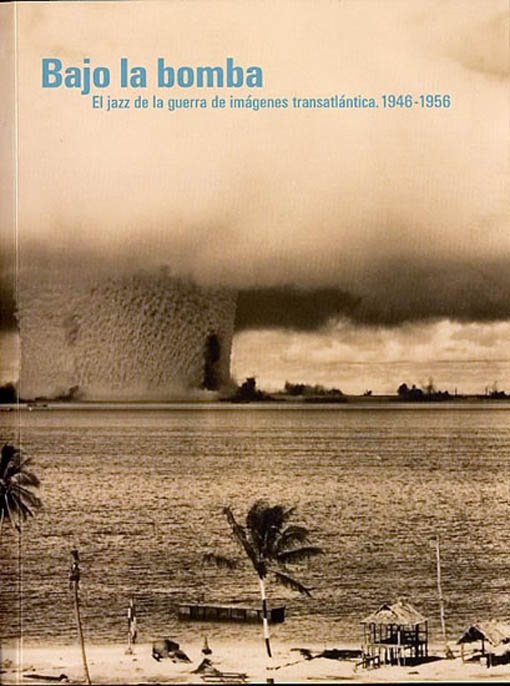 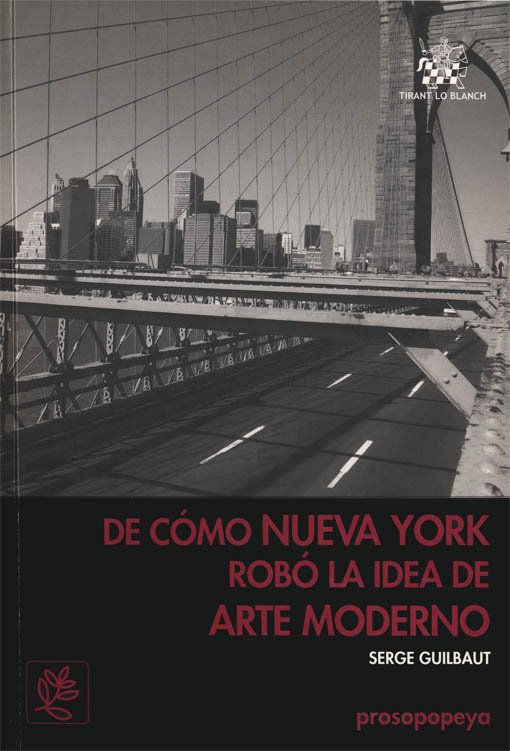