In 1961, Gerhard Richter (Dresden, Germany, 1932) settled in Düsseldorf, where he came into contact with Joseph Beuys, Sigmar Polke, Konrad Leug and Blinky Palermo at the Academy of Fine Arts. Not long after his arrival, he destroyed most of his earlier work, which had been produced under the auspices of traditional academic training and had little to do with the conceptual paths that art was embarking on in the sixties in Western Europe. The only thing that Richter held onto from this period was his love of photography. In 1962, he began to put together an album of photographs that would become the seeds of hisAtlas project, although it was not until 1969 that he began ordering all of these photographic images – some his own work, some found material –, on a variety of standard-sized panels.
The Atlas is a work in progress, which consisted of 641 panels containing some 5000 images when it was exhibited at MACBA. The project was presented as a somewhat encyclopaedic personal archive, in which photographs were mixed with newspaper and magazine clippings, drawings and sketches organised into themes such as family scenes, pornographic scenes, spatial experiments, landscapes, aerial views of cities, rooms, coloured cards, abstractions, etc.

This was the first time that the Atlas was exhibited in Spain. In addition, it was shown alongside a selection of 22 paintings that illustrated different approaches and ideas that Richter had explored based on the themes suggested in the Atlas. 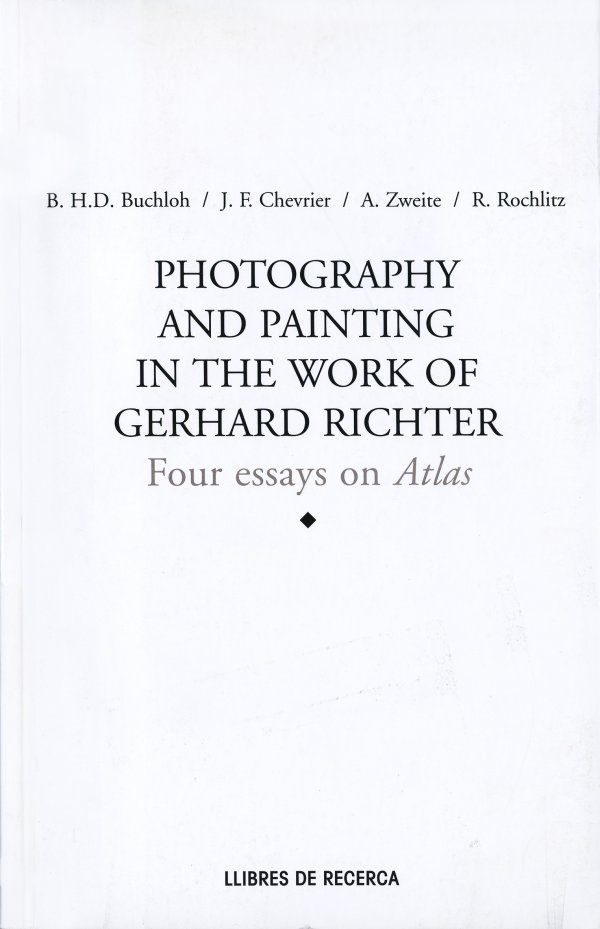 Photography and Painting in the Work of Gerhard Richter, 1999
Benjamin H.D. Buchloh, Jean-François Chevrier, Armin Zweite, Rainer Rochlitz
To reconstruct the disorder of a possible city. To use the model, not as an element in a project, but as the representation of something that already exists.
Jordi Colomer