The work of Asier Mendizabal (Ordizia, Guipúzcoa, 1973) « […] springs from a tradition in art driven by the strategy of cinematic montage – as an eminently modern tool for representation/narration – and related to that of the Constructivist sculpture that plunges its roots in the abstract utopia of the first few decades of the twentieth century», writes Bartomeu Marí in the catalogue for the exhibition on this Basque artist. These modern roots are placed in dialectical confrontation with an enormous range of forms of popular culture.
The interrelations between form, discourse and ideology, the way they interact with the representation communal, and the potential of abstraction in terms of political effectiveness form the spinal cord that runs through Mendizabal's artistic practice.

This exhibition brought together a substantial part of the work produced by the artist between 1997 and 2007 for the first time, successfully illustrating his multidisciplinary approach to the creative process. Film, video, music, photography, installations, sculpture and posters offered an alternative reading of the social, political and cultural context of the Basque Country.

Asier Mendizabal (Ordizia, Guipuzkoa, 1973) is one of the Basque artists of the new generation who pays most attention to the relations between form, discourse and ideology. His oeuvre could be described as a critique of ideology based on the mise en scène of the structures that shape it. Through the expanded fields of art, rock music, cinema, politics and theory his view on social structures leads him to sketch out a map of the totality of production relations. Asier Mendizabal's transversal, multidisciplinary approach focuses sharply on the difficulties of representation inherent in the political, as well as on the gaps between artistic activity and the "political unconscious" present in cultural productions, manifestations of the collective and mass movements.

The exhibition opens with Cinema (1999), a work that highlights the potential for emancipation of cinema within the context of the class struggle, from the experiments of the Russian avant-garde to the workers' movements of May 1968 (such as the Groupes Medvedkine). The theatralized scenario of political representation is converted into the very mechanism that forms it: the scenery of a virtual stage on which militancy, education and didacticism come together. The work can be viewed as a declaration of intentions on the part of the artist, and also as a beginning, encompassing revolutionary aesthetics (of unrest and propaganda) and the politics of desire.

Mendizabal 's insistence on the cinema as a medium, interpreted as a cinema-without-cinema or expanded cinema, is present throughout the exhibition. No Time for Love (2000) for example, is made up of several cinematographic, sculptural and graphic fragments. The installation is named after the title of a record from the eighties by the band Hertzainak, which is in fact a version of an Irish folksong by Christy Moore. The lyrics speak about the impossibility of love in times of conflict in the framework of the non-aligned leftist internationalism of the eighties. The title works for Mendizabal as the detonator of an even bigger dilemma: the relationships (and choices) between desire and militancy, love and politics or, and amounting to the same thing, the radical separation between public action and the desire of the private sector. The installation includes screening of a 16mm film that fictionalizes the representation of the masses or multitudes, together with a reworked poster, made by hand, of the film Z (1969) by Costa-Gavras, and a sculpture whose shape and material are evocative of such temporary constructions and architectures as the scenarios of meetings and other political platforms.

The genre of political cinema has special relevance in Mendizabal 's work (from Costa-Gavras to Gillo Pontecorvo) and he uses it as a paradigm of the difficulty of representing a political event or feeling. His approach centres on analysis of the different aesthetic and formal stereotypes present in this genre. Such is the case with Hors d'État (2007), two sculptures that take the name of the 1983 documentary on the Basque conflict made by the Irish filmmaker Arthur Mac Caig. These works and others like No Time for Love introduce an element which changes the orders of documentary, fiction and political cinema: the controversial issue of formalisation and of how form, technique and ways of working are a reflection of particular ideologies. Hors d'État and Sin Título (M-L) (2007) could well serve as examples here.

The question of the sign and its materiality and identification as a social and political emblem also has a place among Mendizabal's interests. This is the case of Bigger than a cult, smaller than a mass (one, two backdrops) (2006), a work that explores punk's attraction to certain political representations despite mistrusting them, and the adulterated and fraudulent use of symbols and signs. Mendizabal 's work incorporates all the formal resources typical of any revolutionary movement of the past, such as graphic propaganda – logotypes, acronyms, typographies, notices, placards, posters – and scenarios, meetings, concerts, platforms, assemblies, demonstrations and parades in its more spatial dimension. Assemble (this is the way) (2007) and Überbau (2005) are pieces that relate explicitly to popular ways of doing things and to a certain urban do-it-yourself, as well as to key moments in which the crystallisation of political symbology intersects with the subcultures of punk, rock and hardcore. Überbau alludes to the Marxist concept of 'superstructure' and links the politics of do-it-yourself and the self-organization of hardcore with the economic basis of cultural production. This analysis of sign induces him to examine military aesthetics merged with leftist politics, most significantly in the use of renowned military-style typography, as in the work R, M, L, U, F (Stencil) (2007). He is also interested in the recourse to military marching music mixed with popular manifestations, such as the fanfare music on the Signals, Calls and Marches sound piece (2006), and in Zer eskatzen du herriak!? (2004).

Alongside this series of works there are others, including Poblado (Signals, Calls and Marches) (2006) and Herriz herri (2004) – whose documentary treatment is closer to that of cinéma vérité and to a certain photographic realism – in which he portrays different manifestations of folklore, collectivism and representations of the social landscape and the people as an atomised enclave.

Another example of this is the documentary Goierri Konpeti (2002), a video made in collaboration with Iñaki Garmendia, which shapes an urban framework in which industrialization coexists side by side with traditionalist rural nationalism. This interest in the documentary is combined with other similar genres of representation including rock documentaries, a veiled reference of which is the basis of the work CBS/FSLN-1 (2004- 2007), in the form of a carpet.

There exists in Mendizabal an intention to unite manual and immaterial or intellectual work and to link them to the politics of desire that mould individual subjectivities within the group, the collective and the community. Zer eskatzen du herriak!? is perhaps the work in which he most clearly manifests this spirit of the popular, by having a band of musicians perform a popular song of the same name while parading through the deserted streets of a residential suburb in San Sebastian. The joy of the collective lies in the organisation of the festivity, which becomes at the same time the result of the political, which is, in turn, fruit of that same method of organisation and product of the manual work carried out through group collaboration. This is the case of the images in Bilbao (2002-2003), a photographic testimony of the setting up of the txoznas (temporary bars in the public space) in preparation for that city's main celebrations, and Pabilioia (2002-2003), which documents preparation of the floats that different groups organise for the carnivals.

Through realism and the popular, a return of the theme of socialism is the logical continuation in Mendizabal's work. As in the vaulted niche bearing the effigies of Marx and Lenin, Otxarkoaga (M-L) (2007), which dates back to the early nineties and the fall of the Berlin Wall, which was followed by a citizens' initiative to raise a monument in the Bilbao district of Otxarkoaga using busts proceeding directly from the breakup of the Communist block. The role of the artist in this context is always to inject greater complexity into the discourses in order to explore the link between the aesthetic and the political and overcome the inadequate ideas present as much in one domain as in the other. In turn, his work presents us with a renewed, dialectic reading of the social, political and cultural landscape of the Basque Country today.

A conversation between Asier Mendizabal and Peio Aguirre
Lectures
Activity 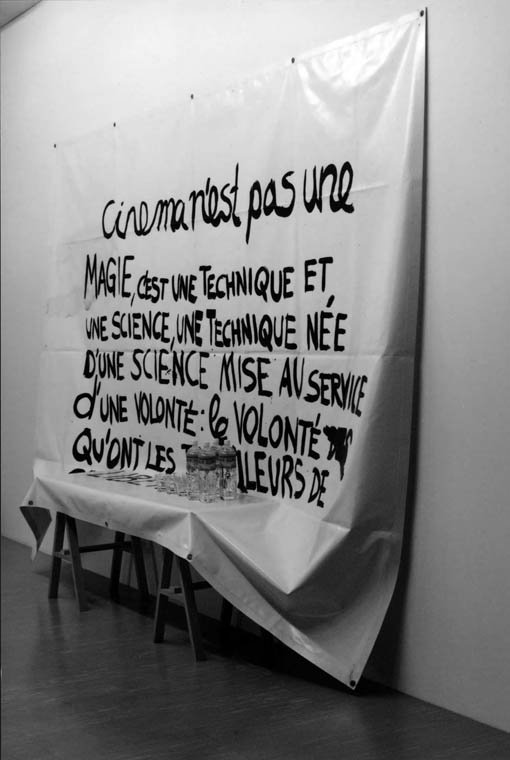 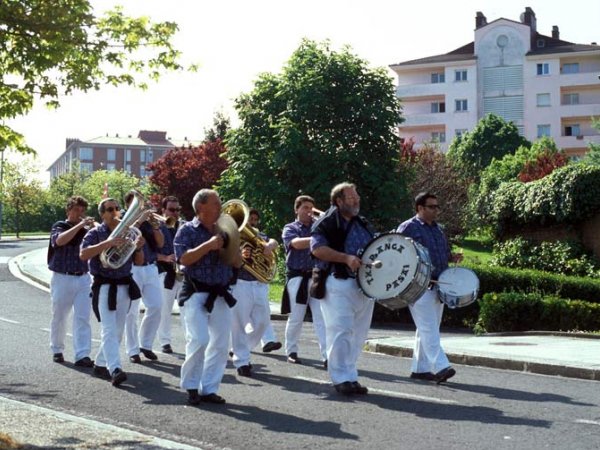 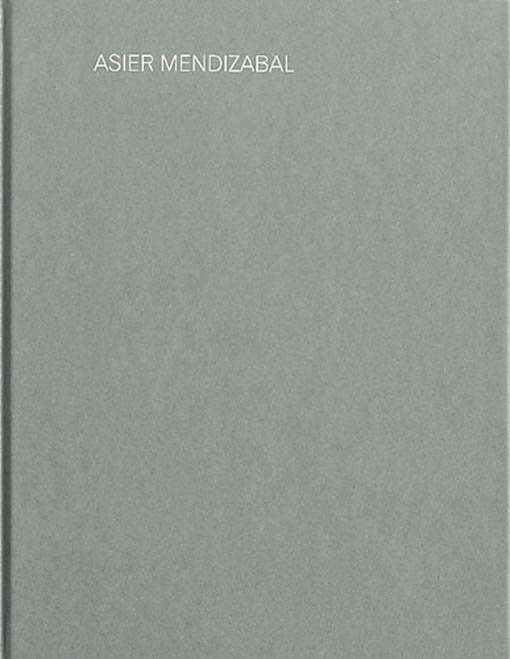