Between the late eighties and early nineties, Antoni Abad (Lleida, 1956) focused on the development of mobile sculptures that, accompanied by photographic sequences, already inquired into the possibilities of the expanded and moving image. After a period as artist-in-residence at The Banff Centre for the Arts (Alberta, Canada), he began working with the videographic medium, without renouncing to the spatial and architectural concerns of his earlier work, as we can see in the piece Últimos deseos (Latest Wishes), 1995, which was presented in 1999 at the Venice Biennale curated by Harald Szeemann. In 1996, following an invitation from Roc Parés for the platform ‘MACBA online’, a project initiated by the Universitat Pompeu Fabra and MACBA, Abad made Sisyphus, a video installation that reinterprets the classic myth and that also unfolds into a new version for the web: his first foray into the Internet. In 1997 he made a further video installation, Natural Sciences, which investigated users’ reactions of empathy and repulsion.

Since then Antoni Abad has focused on digital media, making proposals as emblematic as Z (2001–3), a work that anticipates the use of social networks, where users interact with each other by downloading to their computers a virtual fly allowing for collective and simultaneous interaction. The Z project was presented at MACBA in 2002 and received the Ciutat de Barcelona 2003 award in the Multimedia category.

Based on the above-mentioned investigations, megafone.net pioneers the exploration of other possible social and communicative uses for mobile phone technologies, which were in wide use at the end of the last century.

Given the specificity of this exhibition, the exhibition can travel to other venues using Internet download instead of transport, and also adapting and scaling the project according to the characteristics of the space and audiovisual equipment available at each venue.

The format of this tour consists of two essential elements:
- Slideshows and documentaries that will be downloadable from the Internet, with prior authorisation. These contents will be adapted to the number of projectors and media players available at each venue.
- megafone.net projects and additional documentation will be available for consultation by iMac and/or iPad, which will be provided at each venue.

Created in 2004, megafone.net has remained active until the present, not only running parallel to the purely technical transformations of the mobile phone, but also questioning the very different cultural realities and the varied economic and political contexts. This has transformed the project into a real observatory of experiences and positions on the voice of the community and its various problems.

megafone.net is a communicative speaker configured as an invitation to the social groups pushed to the margins of society by the dominant structures: people with limited mobility, illegal immigrants, political refugees, displaced communities, sex workers and professional sectors such as taxi drivers and motorcycle messengers.

Through face-to-face meetings and through the use of mobile phones, the proposal encourages these groups to create their own sound recordings, video and photography, which are published instantly on the web. With this, the work becomes a sort of digital megaphone – hence its name – that amplifies the testimony of these groups and communities, often ignored or misrepresented by the mass media, as well as stigmatised by stereotypes.

Participants in some of these projects have remained active through their mobile phone transmissions. For example, BARCELONA*accessible – with people with limited mobility – was launched in Barcelona in 2006 and still continues to generate activity. In 2006, this proposal received the National Visual Arts Prize of the Generalitat de Catalunya and the Golden Nica Award in the Digital Communities category at the Arts Electronica festival in Linz, Austria.

The exhibition at MACBA reunites for the fi rst time the extensive documentation on this decade of activity of megafone.net, presenting it as an interactive audiovisual installation specifi cally designed by Antoni Abad for the Museum spaces and documenting the thirteen proposals developed so far. The materials compiled include random projections of audiovisual publications uploaded online by participants; touch kiosks for online consultation of the web of each project; portraits of the people and groups involved; and three documentaries, made by Gloria Martí, compiling the testimonies generated during the development of each project.

The museographic presentation particularly explores the transfers between users and the artist, as catalyst. In this way, these experiences go beyond institutional boundaries, transforming the museum into a receptacle for these works, processes and exchanges and, at the same time, connecting it not only with the physical spaces of the city and its geographies, but also with the virtual space, with the perhaps invisible territory – although tangible and above all useful – of the Web.

Images of the exhibition Antoni Abad. Megafone.net/2004-2014 at the museums and centres where it has been shown. 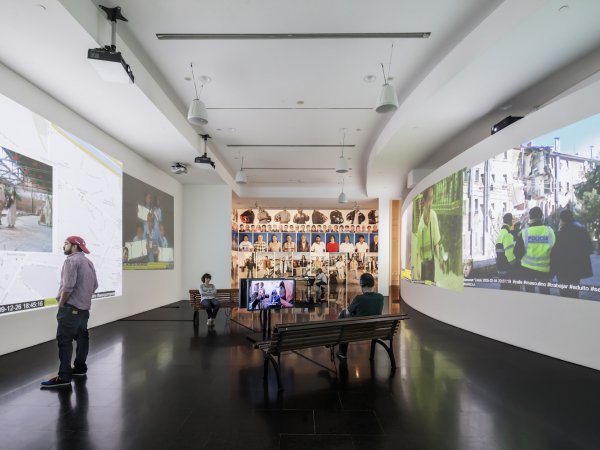 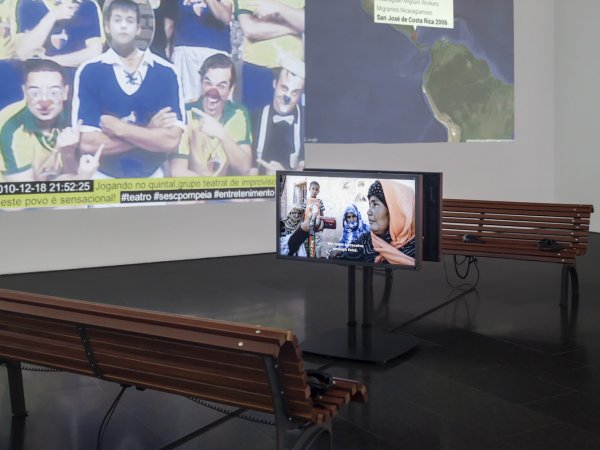 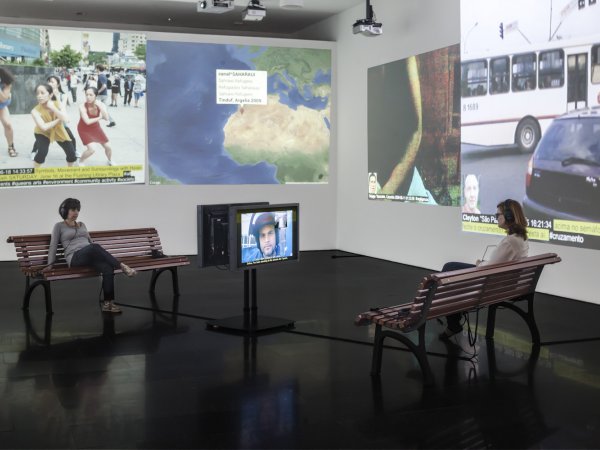 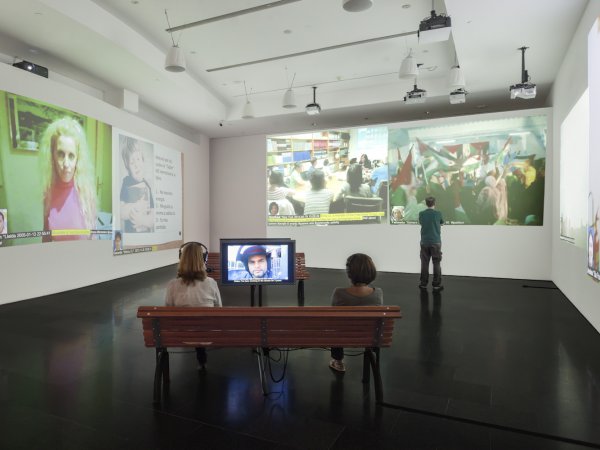 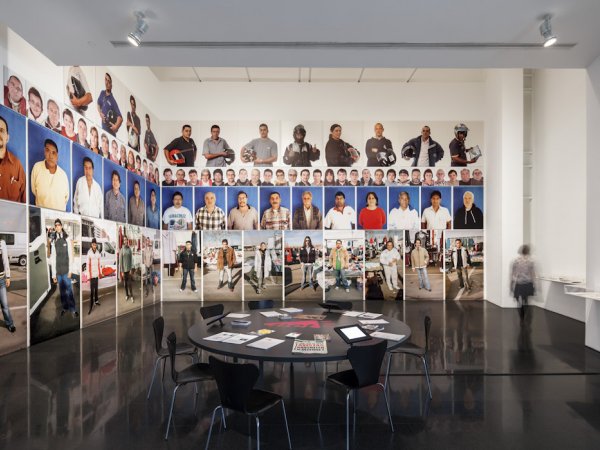 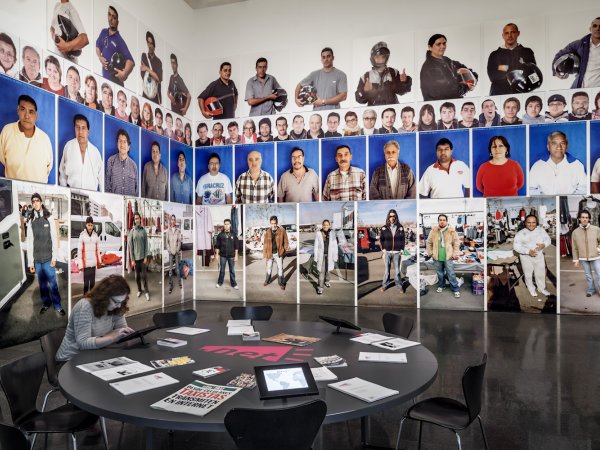 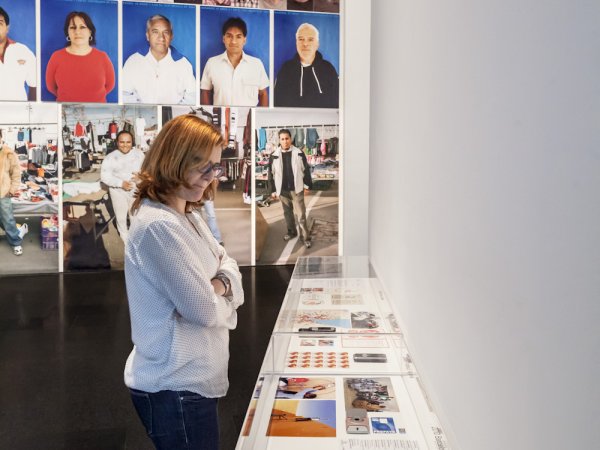 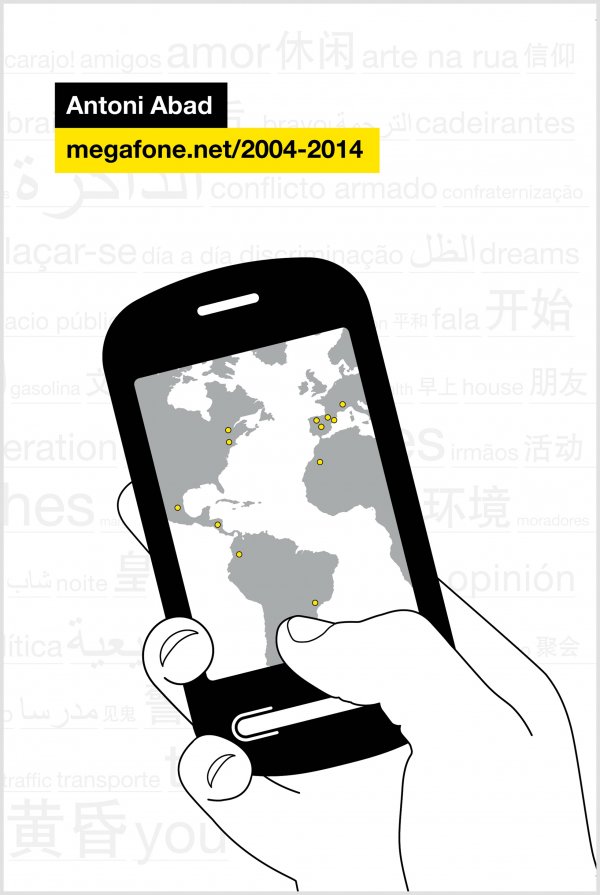