The exhibition Albert Ràfols-Casamada. 1953-2001 assembled almost one hundred works by the artist, including drawings, collages, pictorial elements, sculptures, visual poems, literary works, and an extensive collection of documentary and graphic material that illustrated his active role in Barcelona’s cultural scene. The inclusion of minor or transversal works emphasised the importance of poetry, literature, and drawing in the work of Albert Ràfols-Casamada (Barcelona, 1923-2009).

As Victoria Combalía wrote in her text for the catalogue: “The painting of Albert Ràfols-Casamada can be situated within a vibrant abstraction with roots that draw on autochthonous sources and also on the history of twentieth painting itself, particularly Matisse and North American abstraction”. The tense equilibrium of his paintings can be interpreted as a personal and non-transferrable synthesis between classicism and modernity. His work contains echoes of Mediterranean noucentisme, the luminous experiments of Fauvism, Braque’s cubism, the constructivism of Torres García, the chromatic-spatial explorations of Rothko and Motherwell, and flirtations with the everyday references of Pop Art.

The exhibition was in line with one of the central tasks that the Museum had begun to promote at the time: the study of influential figures from the Catalan art scene in the second half of the twentieth century, in order construct a historical survey from a contemporary perspective.

This show presented a selection of almost a hundred works in various formats. Laid out in chronological order, it covered the work of Ràfols-Casamada from the mid fifties up to the present day: drawings, collages, pictorial objects, sculptures, visual poems and literary works, together with documentary and graphic material illustrating the artist's active role in the cultural life of Barcelona. At the same time, the inclusion of work regarded in certain cases as transversal or minor seeked to reveal the importance of poetry, literature and drawing in his work.
Albert Ràfols-Casamada (Barcelona, 1923) has been involved with painting since his childhood, permeated by the spirit and the values of post-Noucentisme. After giving up the study of architecture, he commenced his artistic career in the early fifties, influenced by movements and poetics such as constructivism and abstraction, derived from Cézanne and Matisse and the experiments with light of the Fauves. His work has close links with the modern tradition, marked by a synthesis of the Fauve and expressionist figuration of the first avant-gardes; at the same time, in his configuration of a language of his own he also drew extensively on the informalist abstraction of post-World War II Europe — the so-called "second modernity". 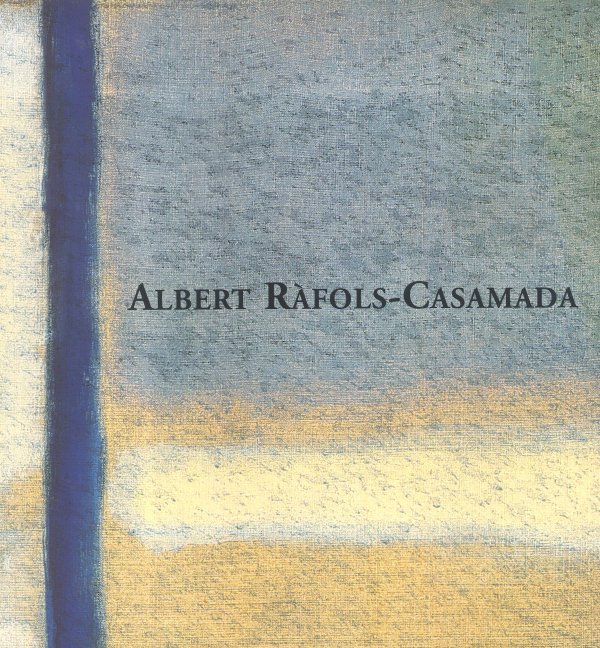