Through a documentary aesthetic, the photographic work of Ahlam Shibli (Palestine, 1970) addresses the contradictory implications of the notion of home. The work deals with the loss of home and the fight against that loss, but also with restrictions and limitations that the idea of home imposes on the individuals and groups marked by repressive identity politics. Examples of places where the problematic is encountered include the occupied Palestinian areas; monuments that commemorate members of the French Resistance against the Nazis together with French fighters in the colonial wars against peoples who demanded their own independence; the bodies of lesbians, gays, bisexuals and transsexuals from Oriental societies; and the communities of children in Polish orphanages. Death, Shibli's latest photographic series, especially conceived for this retrospective, shows the efforts of Palestinian society to preserve the presence of those who lost their lives fighting against the occupation. This series contains a wide representation of the absent ones through photographs, posters, graves and graffiti displayed as a form of resistance against the colonial regime.

The exhibition includes nine photographic series produced by Ahlam Shibli during the last decade. Most of the works are accompanied by legends assigning each photograph to a specific time and place in an investigative process that often implies long empirical and conversational contact with the subjects in question. Both text and photograph form a unit that protects them against use in any context other than the anti-colonial politics that motivate the author. Phantom Home encapsulates Shibli's investigation into three different ways of understanding the word "home." As usual in her practice, these are specific and situated uses.

The first group of works brings together the series Eastern LGBT (2004/2006) and Dom Dziecka. The house starves when you are away (2008). While the body is considered the primary home for human beings, it also appears as the first target of identity politics. These two series show that, despite their precarious lives, minorities exposed to violence and a lack of recognition employ their bodies to create conditions of existence that are opposed to the values and expectations of the majority.

A second group includes more recent works: Trackers (2005), Trauma (2008–09) and Death (2011–12). The sequence of these series describes a colonial conflict not limited to the Palestinian land, but also referring to a French locality that in turn sends us back to the wars of independence in Indochina and Algeria. The city of Tulle, in south-central France, bears witness to celebrations that commemorate the victims of a brutal massacre under Nazi occupation, as well as those who, immediately after the Liberation, fought against the independence of other peoples. For the Palestinians, on the other hand, the state of exception that marked the events represented in Trauma has become the rule. They have nothing left other than their own bodies. If they want to confront disdain, the "wretched of the earth"—as Frantz Fanon, a key figure in anti-colonial thinking, called them—can do nothing but invest their own lives.

In this sense, the politics informing Shibli's photographic practice acknowledges the plight of those living under oppression. The third group of works includes photographic series that denounce, through the topographic gaze, the process of land dispossession to which the Palestinians are subjected. Goter (2002–03), Arab al-Sbaih (2007) and The Valley (2007–08) present a complex testimony to quasi-humanity that also involves a critical self-reflection of the photographic procedure: the photograph serves to recognise people and the circumstances of their lives whom the colonial State does not acknowledge. At the same time the act of photographic recording risks victimising once again the subjects of State violence. To oppose this condition, Shibli's pictures often show the people as blurred silhouettes or with their faces covered. Hence her photography avoids the historical obsession of the medium with achieving evidence at all costs. Her photographs refuse to explain the conflict. They are looking at it to fight preconceptions.

In the last series in the retrospective, Self-Portrait (2000), not included in the previous groups, the photographer recreates a childhood event. A girl and a boy are the protagonists of an elusive story, taking place just outside the village where the artist grew up. Their gestures, games and positions in the middle of an open field define a territory that, far from assuming a rigid demarcation, exists as a representation. The production of "existential territories", as the French philosopher Felix Guattari would say, is a quality of resistance that can take place inside other territories, such as the State or the community. Shibli's photography perceives this resistance as an accumulation of signs found in photographic series and sequences, where an image makes sense in the context of other images.

Become a Friend
Share
T.J. Demos "Dissappearance and Precarity: On the Photography of Ahlam Shibli" 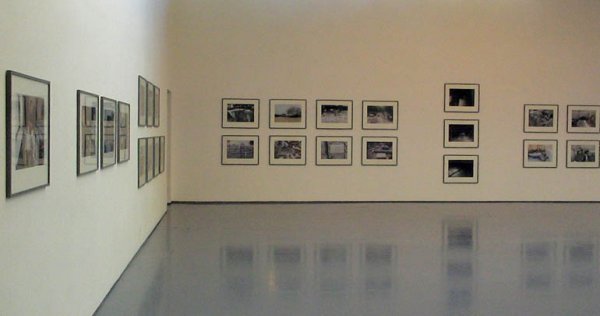 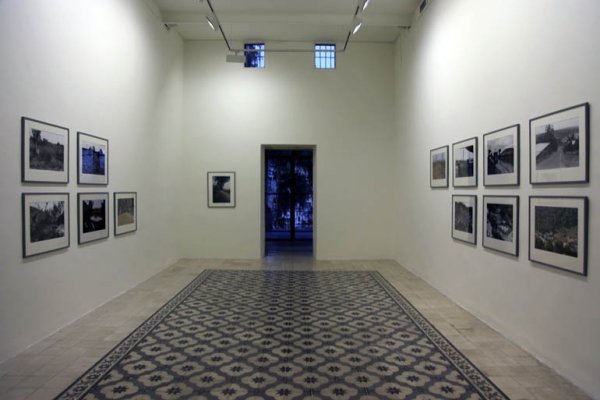 Guided tour to the 'Ahlam Shibli. Phantom Home' exhibition By Carles Guerra (Exclusive to the Friends of MACBA)
Visits

Guided tour to "Ahlam Shibli: Pardoxes of Rootlessness" by Alberto López Bargados
Guided tour by Carles Guerra to the "Ahlam Shibli. Phantom Home" exhibition for the Friends of MACBA 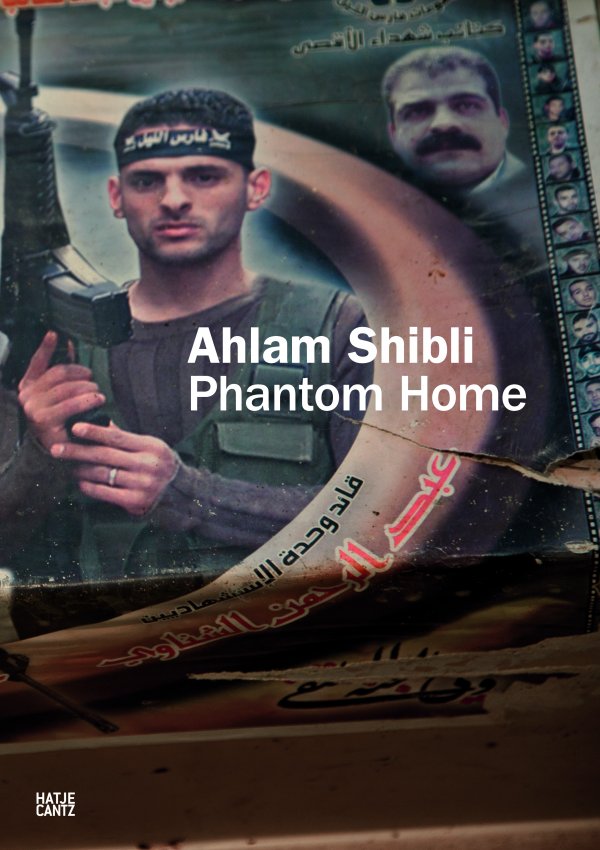