The works of Adrian Piper (Harlem, New York, 1948) are rooted in conceptual art. Through drawings, photographs, performances, videos, installations and texts, Piper tackles themes like racism and feminism head on, forcing spectators to reconsider their prejudices and adopt a critical, committed way of seeing. To this end, Piper generates situations in which the relationship between the artwork and the spectator is direct and immediate, in a clear attempt to delete the slightest trace of artistic elitism. Piper was a pioneer in the use of popular culture in her work, in which Immanuel Kant, Aretha Franklin, Shiva and Funk go hand in hand.

Her status as an Afro-American woman, as well as her philosophical training and her interest in yoga and Vedanta are inseparable from her artistic expressions.

This exhibition, organised by the Generali Foundation in Vienna, brings together a broad spectrum of the work of Adrian Piper, artist, writer and professor of philosophy, born in Harlem, New York, in 1948. After a small selection of paintings from her earliest period such as LSD Void (1965) and Alice in Wonderland (1966), almost all her conceptual works from the sixties, documentation of her performances, her most famous installations and some recent works will be on show.

Subjects such as the way in which the spectator perceives the work of art and the role the artist chooses to assume, the possibilities of art for effectively communicating political and social issues, and the way of posing that confrontation so that
it does not provoke merely aesthetic reactions: these are the central aims pursued by Piper in her work. Far from any formalist tradition, she defines the work as the spectator's reaction to it and her role as artist as a "paradigm of society". In her work she reflects –and thus reveals– the treatment she receives from society
as a specific subject: woman, Afro-American and artist. From that perspective, the work of art and the artistic subject are integrated and her work is not defined as political art but as a specifically political activity. 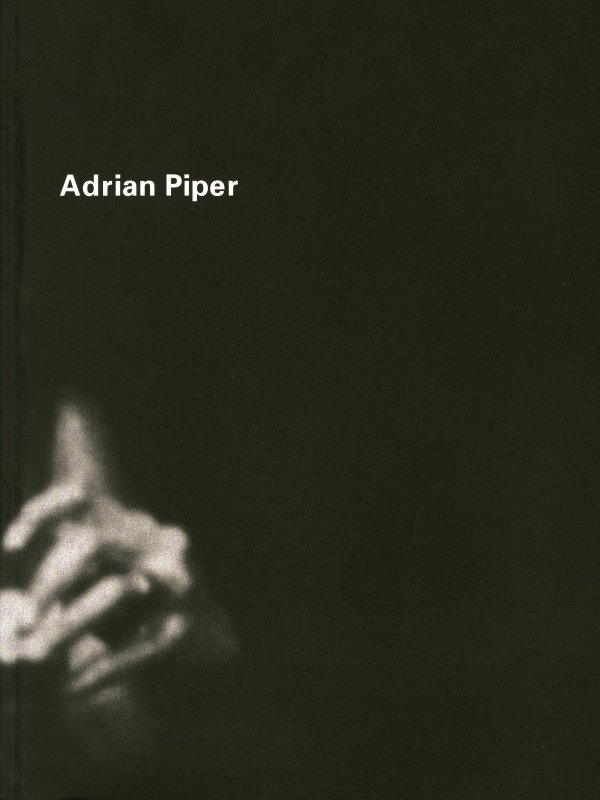