A Chain of Events (2010-2011) is the title of the installation specifically created by Pep Duran (Vilanova i la Geltrú, 1955) for the Capella MACBA. The work, which consists of one hundred ceramic modules and is divided into two parts –Retaule laic and Peça escrita–, synthesises and at the same time transcends the intellectual and aesthetic interests that have shaped Pep Duran's work over the years. The title is a direct reference to the prime importance of process in all creative work. In this case, the architectural space and chance directly influenced the installation, which only the spectator could complete.

In the artist's words: "The space magnetizes the pieces." The historically sacred space of the Capella MACBA – a former chapel – offered a fruitful dialogue with the worldly physicality of the secular altar. Another important influence on Duran's work is his experience in the field of set design for theatre. Duran considers himself to be more indebted to playwrights such as Tadeusz Kantor and Antonin Artaud and architects like Paolo Soleri than to his contemporaries in the visual arts world.

For this project, Duran worked side by side with the ceramicist Toni Cumella to create a series of "memory moulds" of undefined appearance that lent themselves to multiple interpretations.

Pep Duran
With the participation of:

With the participation of:

Why and How do I Do what I Do? Artists Speak
Lectures 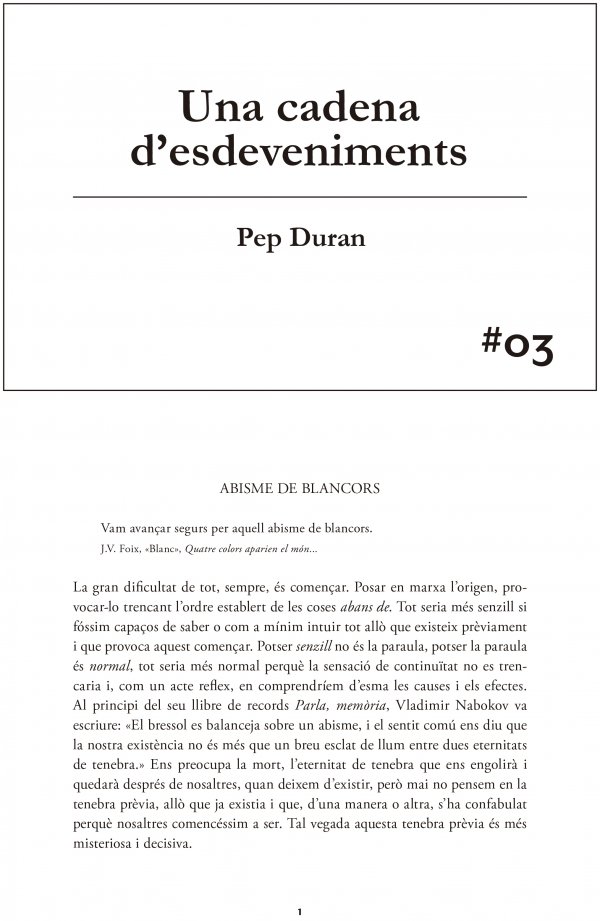 Essay books
#03 Pep Duran. A Chain of Events
Jordi Puntí, Francisco Ferrer Lerín
I paint as if I were walking in the street. I collect a pearl or a crust of bread; what I find around is what I offer
Joan Miró