7 pm RUE. VOLMIR CORDEIRO
The street opens onto another. The street invents languages, gives shelter to vagabonds and provides a scenario for the artists who take refuge in it. To be able to wander is the street’s best invention. The street invented class, race, anguish, blood. It never escapes us, we all know it. It brings people together, their sordid manifestations, it is there for us; and we think we are all ‘us’ when we meet in the street. But it’s a lie. The street selects, limits, obstructs, divides, dictates. The street is not the road ahead; it wants nothing to do with the world outside. It wants to remain in the city. A city full of poets. Pulverised poems. Wrinkles. Streets are like wrinkles on a face: face wrinkles, sun wrinkles. When I say the street and the sky are interwoven, I’m not exaggerating: they both have this incredible power to feel things, beings, poor materials. To be naked. This particular street that I like so much is constantly chasing the dream that the buildings have taken from us.

It’s in the form of short poems, or Bertolt Brecht’s epigrams, that I imagine Rue. The procedure is to offer my body to the poem so it has a scenario. When the poem is reincarnated, and the flesh takes care of the words and their meaning, the poem becomes dust, which is then dispersed, leading to images that will generate other meanings. The principle is always the same: give the body the form of a poem. Volmir Cordeiro

8 pm RESPIRAR ES ARDER (To Breathe is to Burn). An AIR-CONDITION project
IÑAKI ÁLVAREZ AND MARTÍ SALES
The mad scientist de Selby invented a chemical substance capable of destroying all the air on the planet and exterminating the whole of humanity, which he thought was lost beyond recall. During his research he discovered, by chance, that an atmosphere without oxygen would allow us to travel in time and therefore be able to talk to the likes of Saint John the Baptist. We try to do the opposite: give visibility to the air we breathe so we can make the most of it. We’re also crazy and believe that humanity is lost beyond recall, but we’ve no wish to exterminate it for the time being. We have no idea where this process of investigation into the nature of this element that burns us will lead: would it surprise us to know exactly how much CO2 we emit when we send an email? Or that there are countless ways of distributing pamphlets? Will we measure how many cubic metres of air are hidden in the ceiling above the paintings in the MNAC? Will we finally know what Rayleigh scattering is or how many metres of fishing line went into Núria Canal’s 2008 installation Uncover at the Fundació Suñol?

Air-condition wants to show air as an element that is part of our collective lives by generating indoor and outdoor atmospheres and meteorologies that will allow us to dismantle and re-articulate accepted categories such as the body, the individual, the collective, the human, the non-human, culture and nature. Air-condition is a mutant project, its members and its form keep changing. On this occasion, Iñaki Álvarez and Martí Sales will present Respirar es arder, a series of interventions being held at different locations during the Sâlmon Festival.

Activities organised in collaboration with El Graner as part of the Sâlmon Festival. 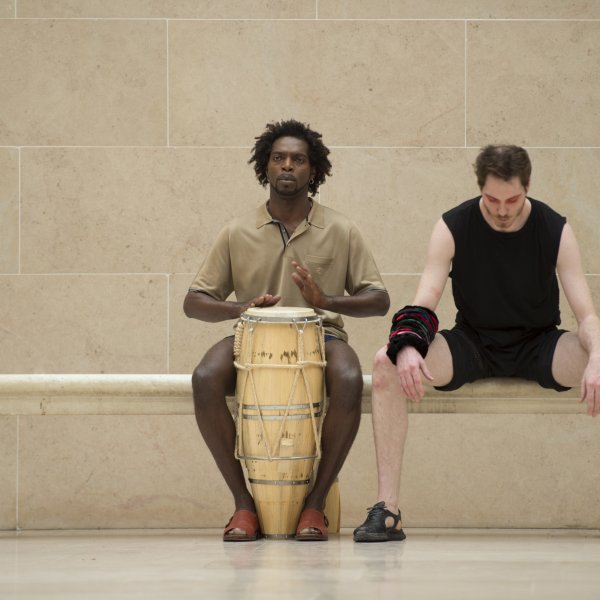