Variations. A Showcase of Sound Appropriationism offers an introduction to the history of sampling and sound appropriationism guided by some of its leading figures, all of who have a militant, provocative discourse in relation to the creative use of the recordings of others. The program, which consists of three concerts, complements the homonymous documentary series on Ràdio Web MACBA (http://rwm.macba.cat/ca/curatorial/), led by Jon Leidecker, which runs through examples of appropriationism in 20th century composition, popular art and mainstream media, and the convergence of all of these trends today.

Curated by: Anna Ramos
With the collaboration of Jon Leidecker 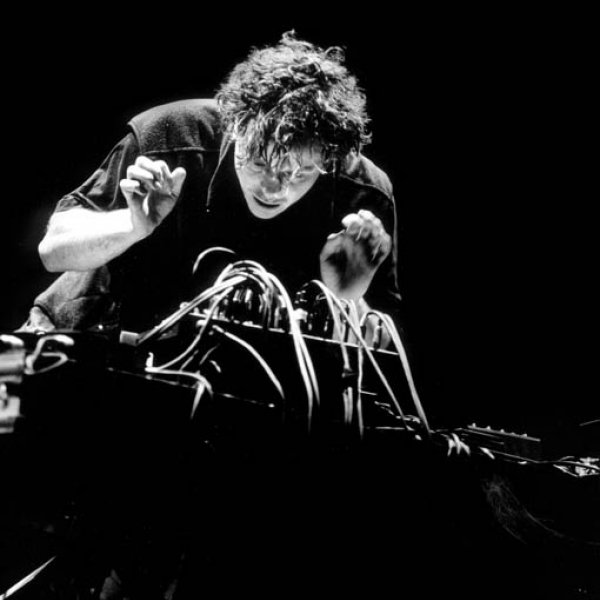 Thursday February 18
John Oswald
Lecture with auditions
The father of the term and the practice of plunderphonics, which uses music collage and sound montage to transform any recording into one's own singular discourse, Johan Oswald has been one of the pioneers in the defence of sampling, both through his sound own practice and his masterful essays. His interest in electroacoustics and his approach to sound from the perspective of art have crystallised in music creations that are conceptually rich and at the same time familiar to audiences. His provocative personality has also put him under the spotlight in some of the most notorious controversies of the anti-copyright struggle.
http://www.plunderphonics.com

Thursday March 25
Erik M
Concert
Active since 1992, Erik M has collaborated with figures as important as Luc Ferrari, Christian Marclay, Akosh S., Mathilde Monnier, Bernard Stiegler and FM Einheit. A virtuoso sampler, he uses the turntables to generate a steady flow of sounds and manipulates them live, taking full advantage of improvisation and chance. His work is fuelled by references from high and low-brow culture, in a duel between the most experimental noise and groundbreaking collage.
http://www.erikm.com

Thursday July 22, at 9pm.
People like us
Vicki Bennett is one of the leading exponents of appropiacionist collage, pushing the use of documentary sound material and memorabilia to its maximum potential. With an approach that is fresh and ironic, this British artist rummages through the memory chest to recover memorable audiovisual fragments of popular culture and uses them to construct a seemingly pleasant and attractive discourse that has darker, critical undertones. Here she will present her new audiovisual live set Genre Collage, in which she manipulates established film genres (action comedy, adventure, musicals, science fiction...) in order to transform universally shared scenes into a new narrative.
http://www.peoplelikeus.org/