The Zapatista Army of National Liberation (EZLN by its Mexican acronym) burst onto the political scene in Mexico in the early hours of 1 January 1994. Armed with rifles and poetic communiqués, this indigenous uprising knew how to question the neoliberal, first-world discourses that Carlos Salinas de Gortari’s government had been selling in Mexico and abroad in its bid to consolidate the establishment of the first North American Free Trade Agreement (NAFTA). But the EZLN was also able to draw links between the historical grievances suffered by its indigenous communities and the type of internal neo-colonialism that would perpetuate the total implementation of neoliberalism in the region. The EZLN was thus one of the first – and most vocal – groups to initiate a national and global social movement against globalisation.

The EZLN not only represented a new anti-neoliberal indigenous movement, but also knew how to conquer the political-cultural imaginaries of the nation and the world. The poetic communiqués of Subcomandante Marcos, his neozapatista graphics, his symbolism of the ski mask and effective use of emerging digital communications, all of these constituted elements that nourished his cause. This talk will cover the cultural resources that the EZLN employed to communicate its demands, obtain public support in Mexico and build foreign support networks in the early years of its emergence on the national and global political scene.

Registration for the talk is closed, but it can be followed live, though without the possibility of asking questions. If you have any question, feel free to contact us on 93 481 33 68 or by email at macba [at] macba [dot] cat. 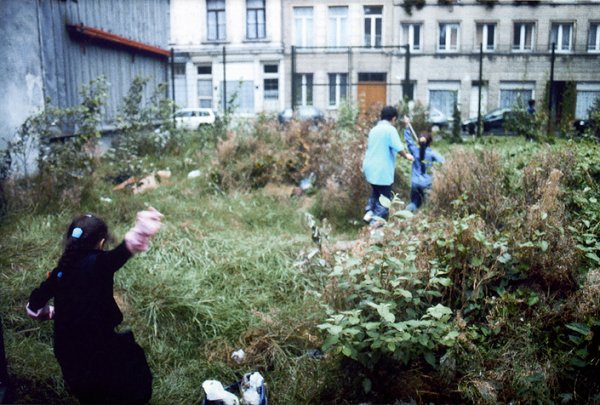 Wednesdays, September 30 and October 7, 14 and 21 2020
Utopian 90s: between the social about-face of art and the aesthetic dimension of activism Course directed by Julia Ramírez-Blanco
Courses and seminars
Gold does not take on any dirt. And gold, just are diamonds, is an exalted material. It possesses such a degree of abstraction that it encounters you –if you use it artistically– on an already exalted level.
James Lee Byars