Traces of Nitrate is a project by the photographer Xavier Ribas, developed in collaboration with the historian Louise Purbrick and the photographer Ignacio Acosta. His research compares the global circulation of the photograph with the circulation of financial capital and goods, especially in the late-nineteenth and early-twentieth centuries. It does so considering the emergence of a labour movement that represents a workforce often treated as a natural resource.

Organised in collaboration with the Museo Universidad de Navarra. 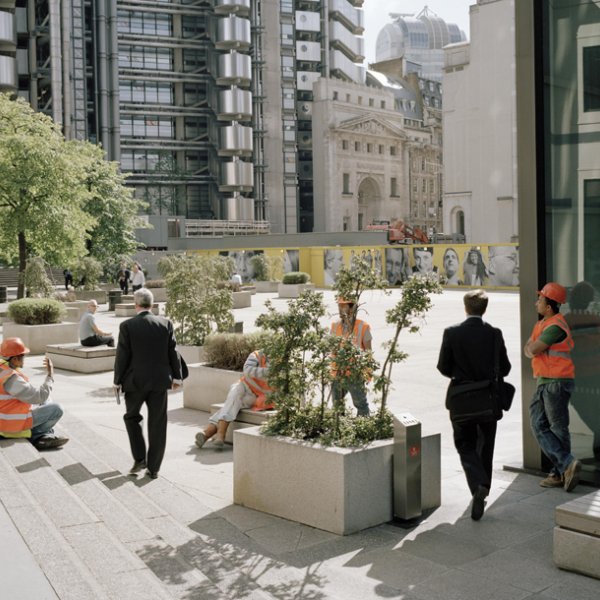 Place of the IRA attack at the Baltic Exchange of Londres, 1993
Share

10 am Presentation of the seminar, by Carles Guerra

10.30 am The Extended Sensitivity Economy: On Micro and Macroplans of the Global Circulation
Speaker: Max Jorge Hinderer
The production of the sensitive – and along with it the aesthetic condition of the subject – has been intrinsically linked to the flows and global circulation that since the beginning of modernity have determined the implementation of the bio-political regime. We revisit three historical moments to determine what we call the circulatory principle of the extended sensitivity economy: the reforms of Felipe II and their impact on the Andean colonial economy (sixteenth century); the Enlightenment and the Central European bourgeois emancipation (eighteenth century); and deregulation of the modes of production in the USA during the post-war era (twentieth century).

12.30 pm The Social Dimension of the Nitrate Industry: Work and Workers during the Expansion Cycle, Tarapacá (Chile ) between 1870 and 1920
Speaker: Paul Artaza

This presentation will characterise, as a social and historical record, the major labour dynamics emerging under the wing of the various stages of the nitrate industry, together with their main social agents. It will analyse how this new industrial and geographic experience influenced the transformation of the peoples involved and how it came to impact on the construction of new social identities, such as the modern Chilean labour movement.

4 pmPhotography and Capitalism: The Alianza Mine and the Port of Iquique 1899
Speaker: Louise Purbrick

This lecture examines the relationship between the photographic image and capitalist exploitation. The photographic album The Alianza Mine and the Port of Iquique 1899 – an industrial topography of nitrate mining in the Atacama Desert in Chile – serves as a starting point to raise a number of questions. What relationship does photographic representation have with the development of capitalism? And, in the case of Chile, how has the photographic process positioned itself at the service of European speculators and monopolies? Of the hundreds of pictures included in the album The Alianza Mine and the Port of Iquique 1899, many portray nitrate miners: industrial topography is a landscape inhabited by people. What role does the figure of the worker play in these acts of representation and processes of appropriation? The Alianza Mine, like many nitrate mines and towns, was abandoned in the mid-twentieth century. Now part of the ruinous landscape of the Atacama Desert, its mining history is reflected in disjointed fragments. With this in mind, how can a twenty-first-century photographic investigation reveal the capitalist as well as photographic exploitation endured by the desert in the past?

6 pm Traces of Nitrate. Mining History and Photography between Great Britain and Chile.
Presentation of the project. Speaker: Xavier Ribas

This project, developed by the photographer Xavier Ribas, together with historian Louise Purbrick and the photographer Ignacio Acosta, at the University of Brighton, with the help of the Arts and Humanities Research Council, investigates the legacy of British investment in the nitrate mines in Chile [1870–1920] and their involvement in global traffic. By exploring places, archives, objects and images, the project follows the nitrate trail from its mineral state to its processing in the Atacama Desert, through its commodity status and market value, finally becoming part of the material and symbolic heritage of Great Britain. The photographs of Xavier Ribas question geographically diverse but historically related landscapes, linking remote nitrate fields with metropolitan financial districts.

7.30 pm The Photograph of the Inhospitable (or a Reasonable Doubt on the Construction of an Imaginary that Never Materialised)
Speaker: Andrea Jösch

This lecture offers a critical reading of the photo album of the collection of the Universidad de Navarra and the album Vistas fotográficas de las faenas y puertos salitreros (Photographic views of the nitrate works and ports), produced by the Nitrate Association of Propaganda in 1899. This raises an approach to the performative aspects of these images, in which the photographs of the inhospitable cross over the projection space – superseding the standardisation of its photographic dimension – to maintain a dialogue with the current representations of mining in the north, as well as with the country’s image as projected abroad.

Andrea Jösch
Photographer, Degree in Communications, candidate for Masters in Arts Administration at the Universidad de Chile. She was director of the Chilean Society of Photography, and administrator of the Nave collective and the Ojozurdo project. Director of the Escuela de Artes Visuales UNIACC since 2007. Editor-in-chief of the South American photography magazine Sueño de la Razón (www.suenodelarazon.org). Freelance researcher and curator of exhibitions, both in Chile and abroad. Since 2000 she has written articles on photography and the image and has participated in seminars in Chile and abroad. She has taught at various academic institutions and regional projects in Chile. Scholarships from the Andes Foundation and Fondart.

Max Jorge Hinderer
Doctoral candidate in Philosophy at the Akademie der bildenden Künste, Vienna. He works as a researcher and freelance editor. His publications deal with economy and colonial history, aesthetic theory and cultural criticism, and include translations in different formats and international journals.

Louise Purbrick
Professor of History of Art and Design at the University of Brighton. Currently working with photographers Xavier Ribas and Ignacio Acosta in the project Traces of Nitrate funded by the Arts and Humanities Research Council. Her contribution to this project is a further step in her research on material culture in places of conflict. 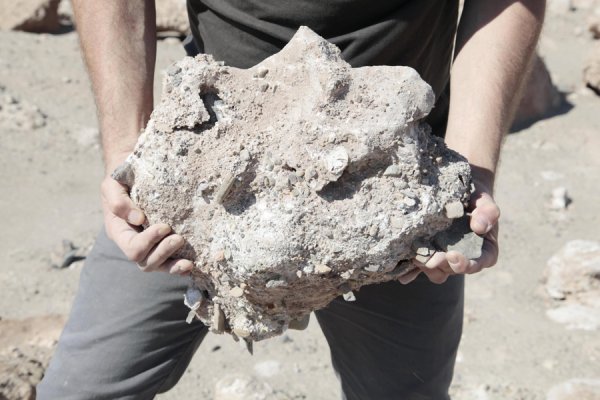 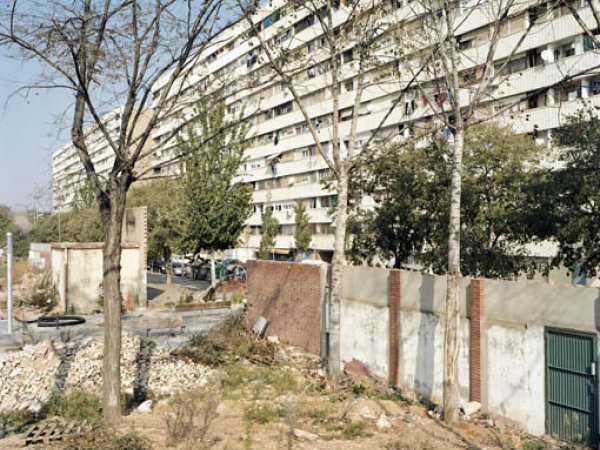 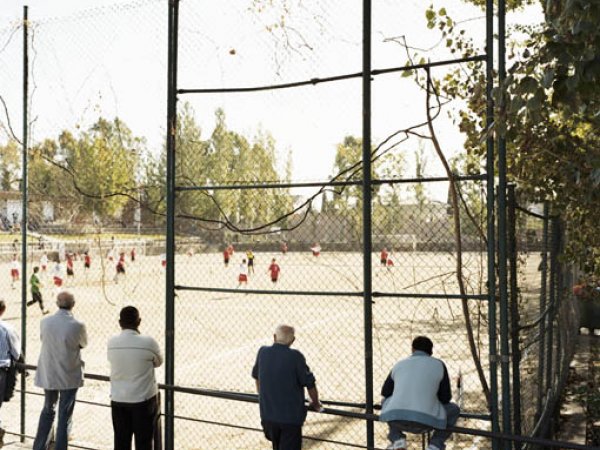 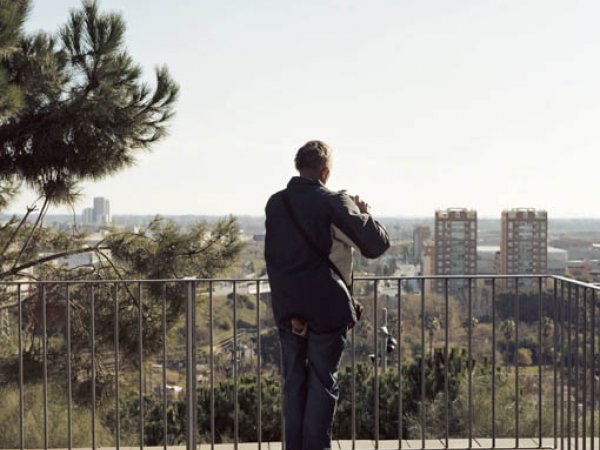 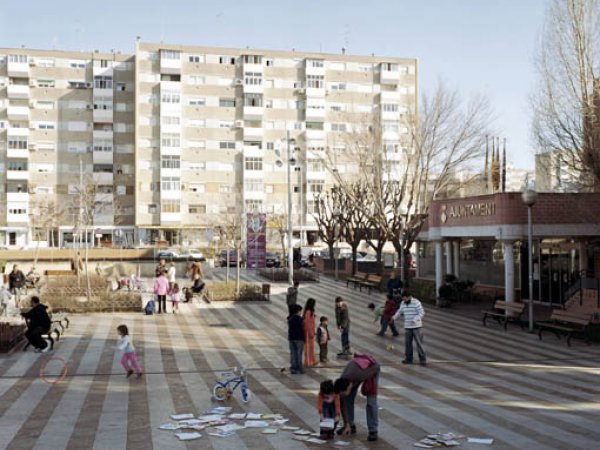 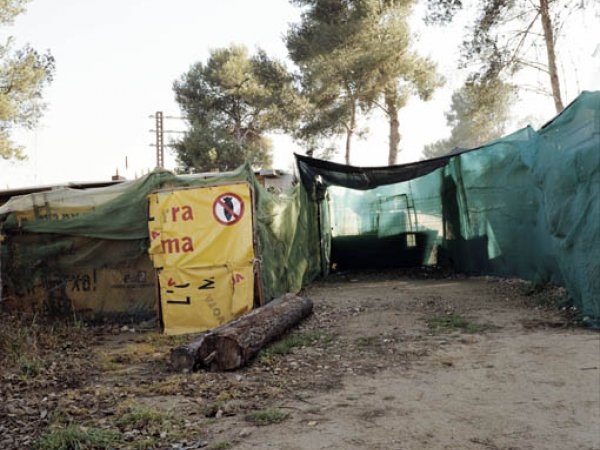 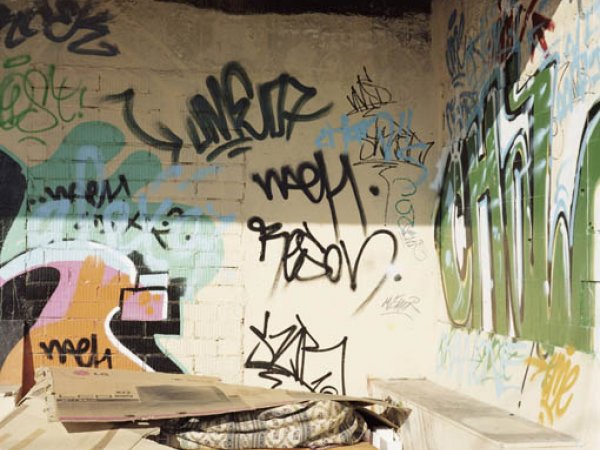 Andrea Jösch 'The Photograph of the Inhospitable (or a Reasonable Doubt on the Construction of an Imaginary that Never Materialised)'
Xavier Ribas "Traces of Nitrate. Mining History and Photography between Great Britain and Chile"
Louise Purbrick 'Photography and Capitalism: 'Oficina Alianza and Port of Iquique 1899''
Pablo Artaza: 'The Social Dimension of the Nitrate Industry: Work and Workers during the Expansion Cycle, Tarapacá (Chile ) between 1870 and 1920'
Max Jorge Hinderer: 'The Extended Sensitivity Economy: On Micro and Macroplans of the Global Circulation'